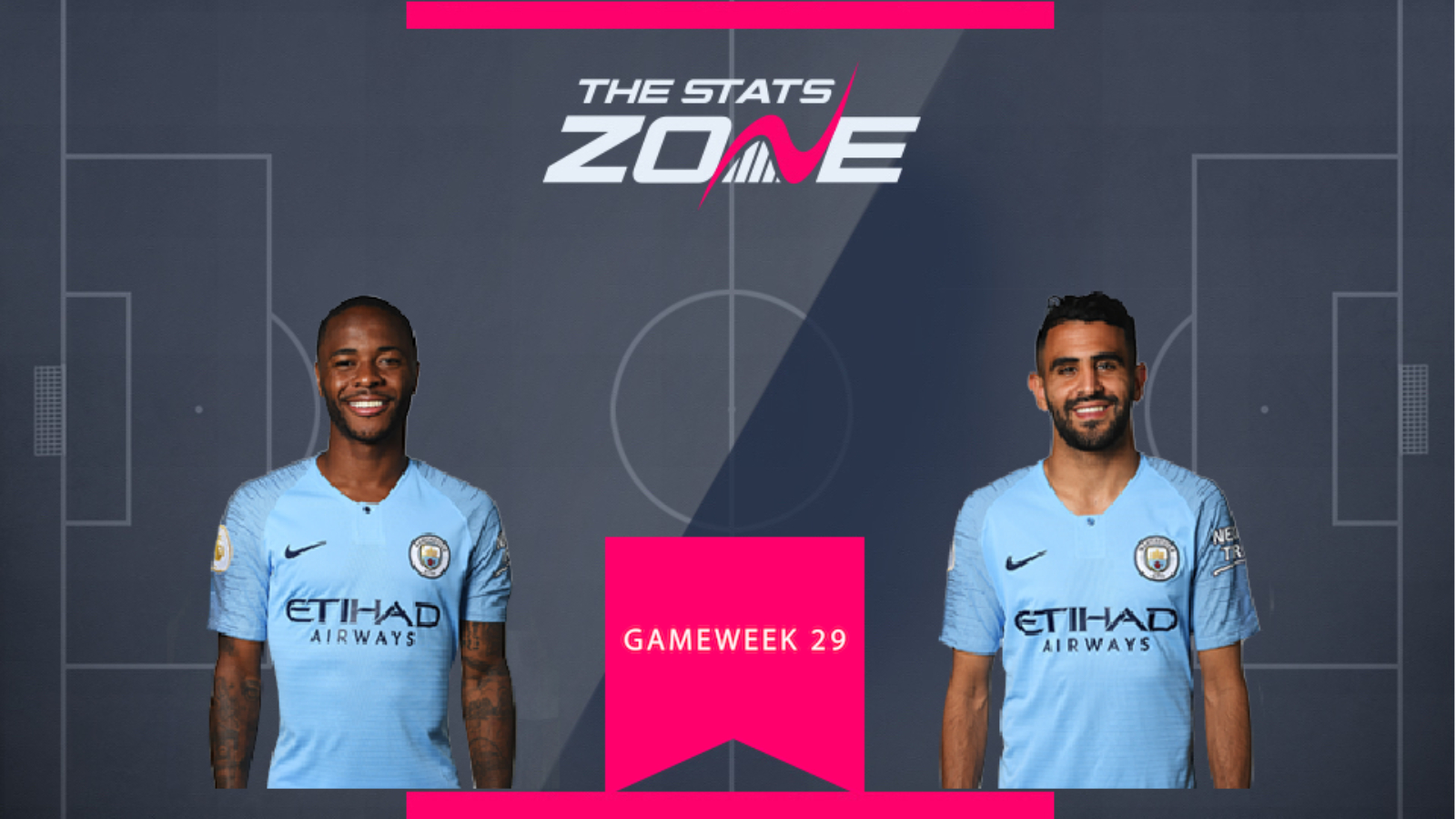 Man City have two fixtures in Gameweek 29, which doubles the chance of Raheem Sterling (£11.7m) and Riyad Mahrez (£8.4m) gaining a healthy haul of FPL points. Sterling has gone through a very poor run of Premier League form lately, having not registered a single attacking return since Gameweek 19. Mahrez has fared better, providing an assist in Man City last Premier League game in Gameweek 27. His last league goals came in Gameweek 22, a brace against Aston Villa.

When choosing between the two, the prices of each players makes it a no-brainer. Mahrez is not only priced at £3.3m cheaper than Sterling, but has also been in better form than the England international. He represents by far the better value of the two players and could pick up a big Gameweek 29 score, should he start both games. 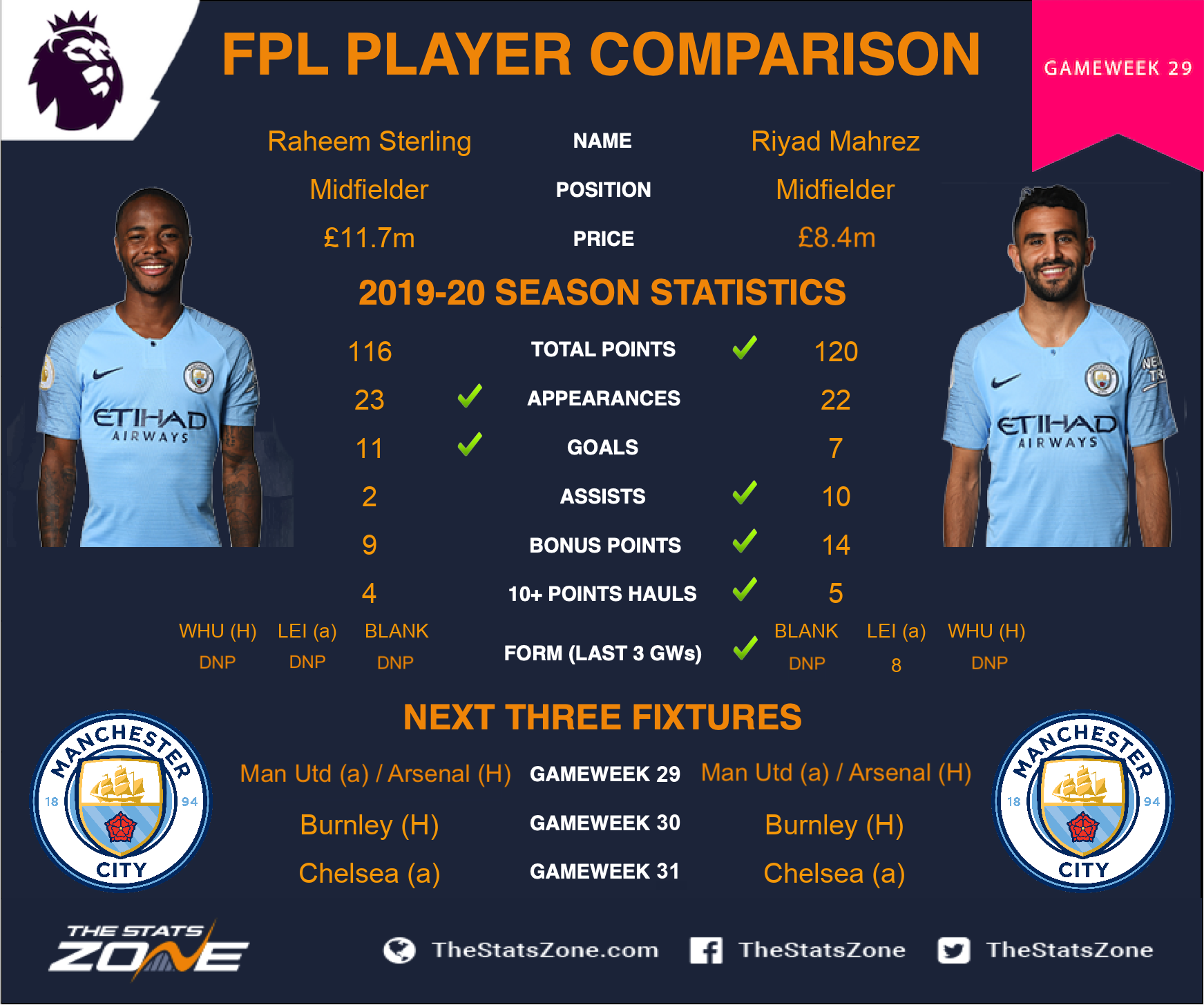