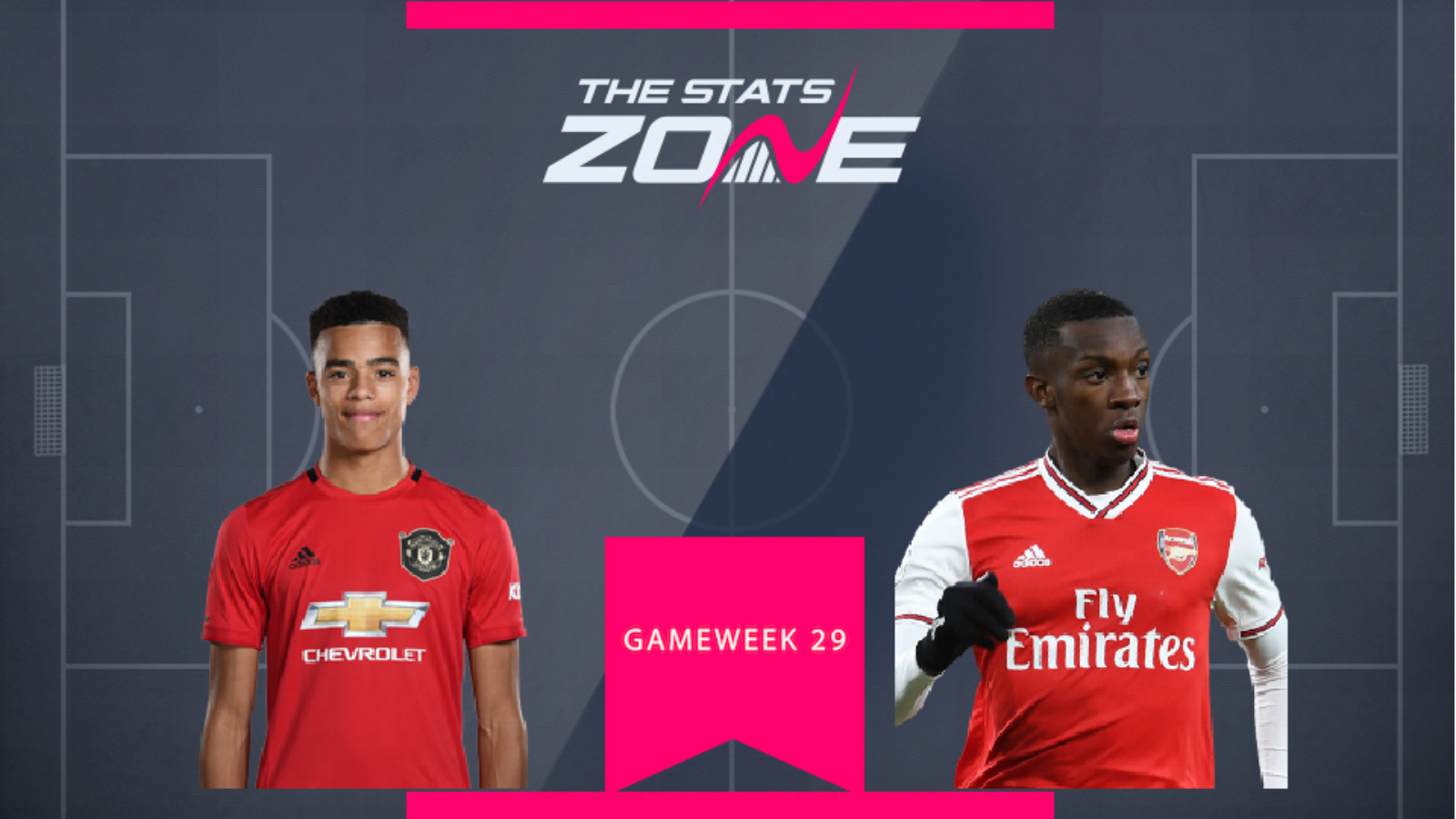 Young Man Utd forward Mason Greenwood (£4.3m) was afforded his second successive Premier League start in Gameweek 28, although he failed to find the back of the net away at Everton, one week after scoring at home to Watford. Arsenal's Edward Nketiah (£4.3m) didn't feature in Gameweek 28 due to the Gunners not having a fixture. However, the week before he succeeded where Greenwood failed and found the net against Everton in a 3-2 win for Arsenal at the Emirates Stadium.

Gameweek 29 sees both players face home fixtures, with Man Utd contesting the Manchester derby against Man City at Old Trafford, whilst Arsenal host local rivals West Ham before travelling to the Etihad the following Wednesday. The Hammers have conceded a whopping nine goals in their last three Premier League away fixtures and assuming Arsenal manager Mikel Arteta keeps faith in Nketiah by awarding him another start, then we're backing the young Gunner to find the net again and outscore Greenwood in this head-to-head. 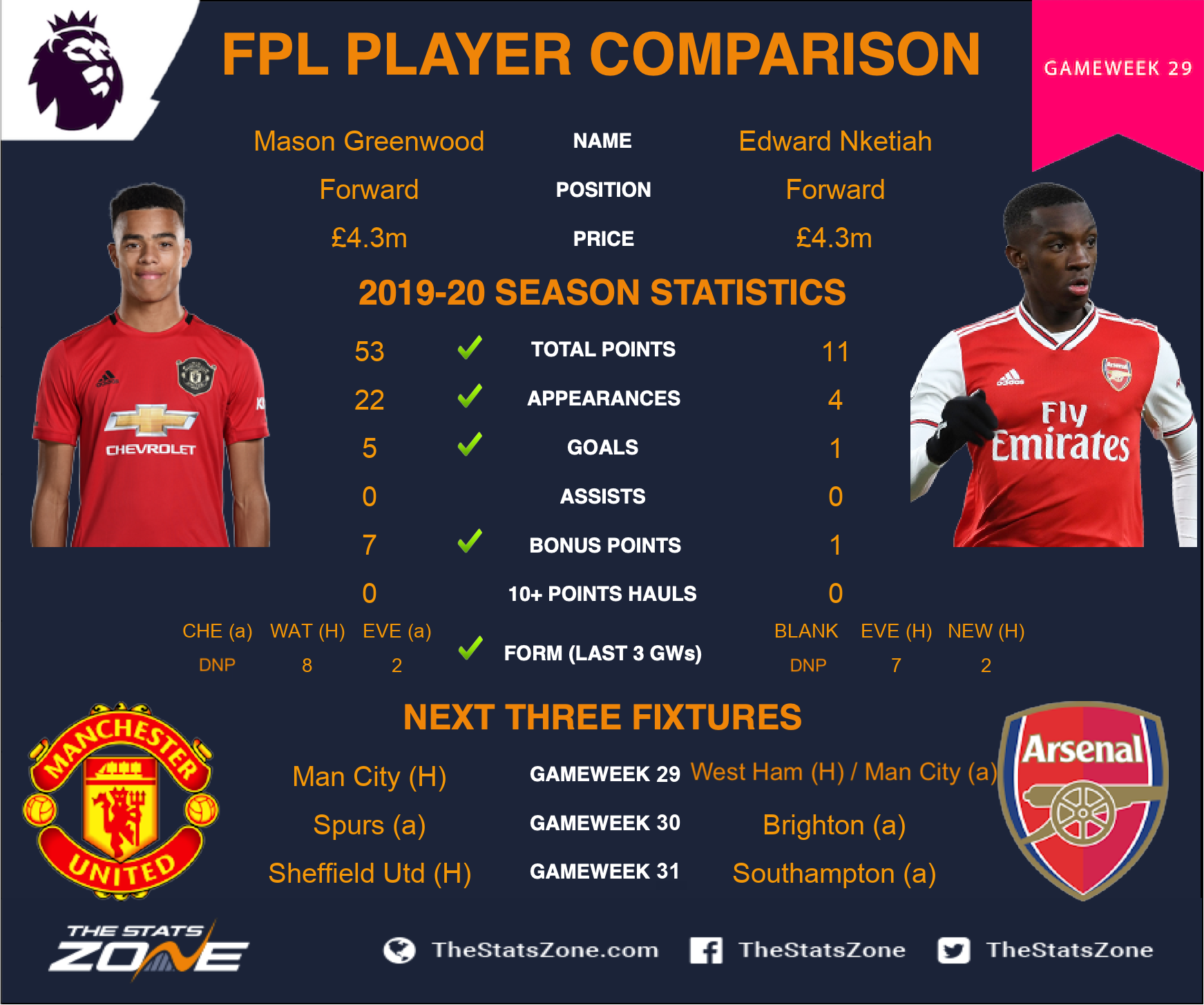