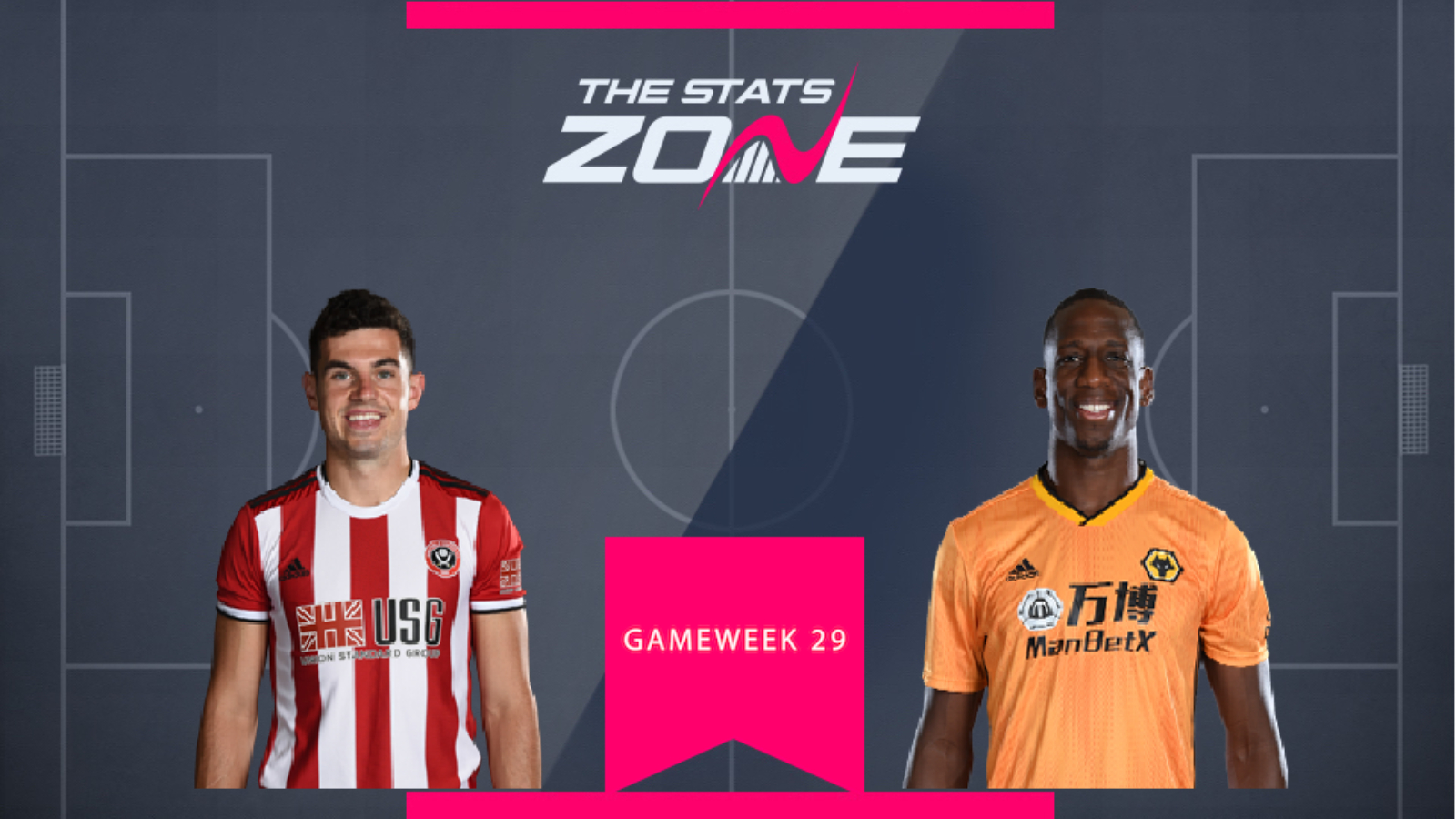 Two central defenders feature here and both stand a strong chance of keeping a clean sheet in Gameweek 29. Sheffield Utd did not play in Gameweek 28 but have kept nine clean sheets over the course of the season so far, with John Egan (£4.6m) a towering figure in the backline. Wolves have kept three clean sheets in their last four league matches and have looked a far stronger side defensively since Willy Boly (£4.8m) returned to the side in Gameweek 25 following a long-term injury.

Sheffield Utd face Norwich in Gameweek 29, who have scored just one goal in their last five Premier League away games. Wolves host Brighton, who are on a run of eight league games without a win and failed to score in their last match at home to Crystal Palace. Boly is an enticing prospect, but Norwich's woeful away record in front of goal cannot be ignored and we see Egan as the defender more likely to keep a clean sheet and outscore Boly here. 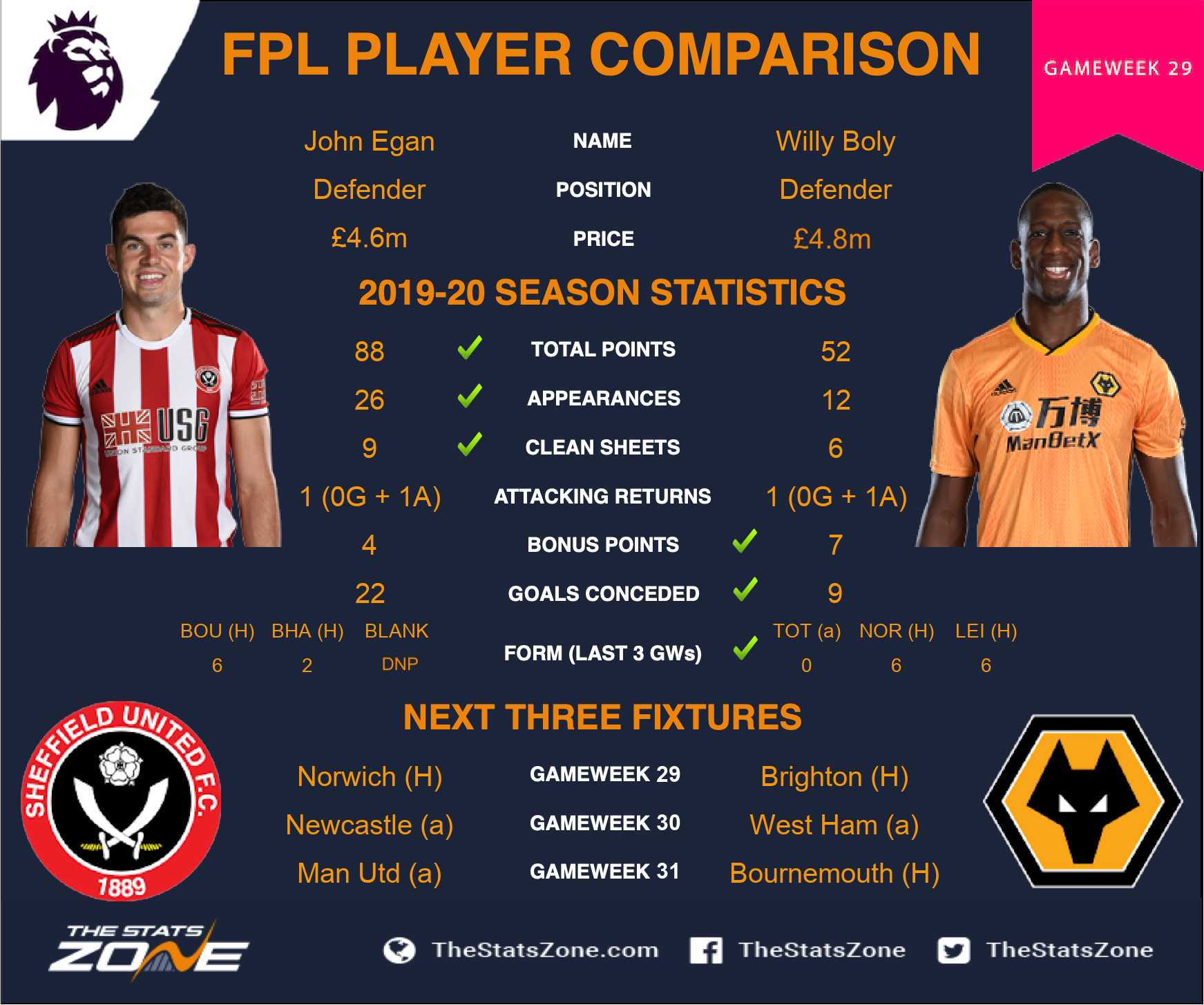