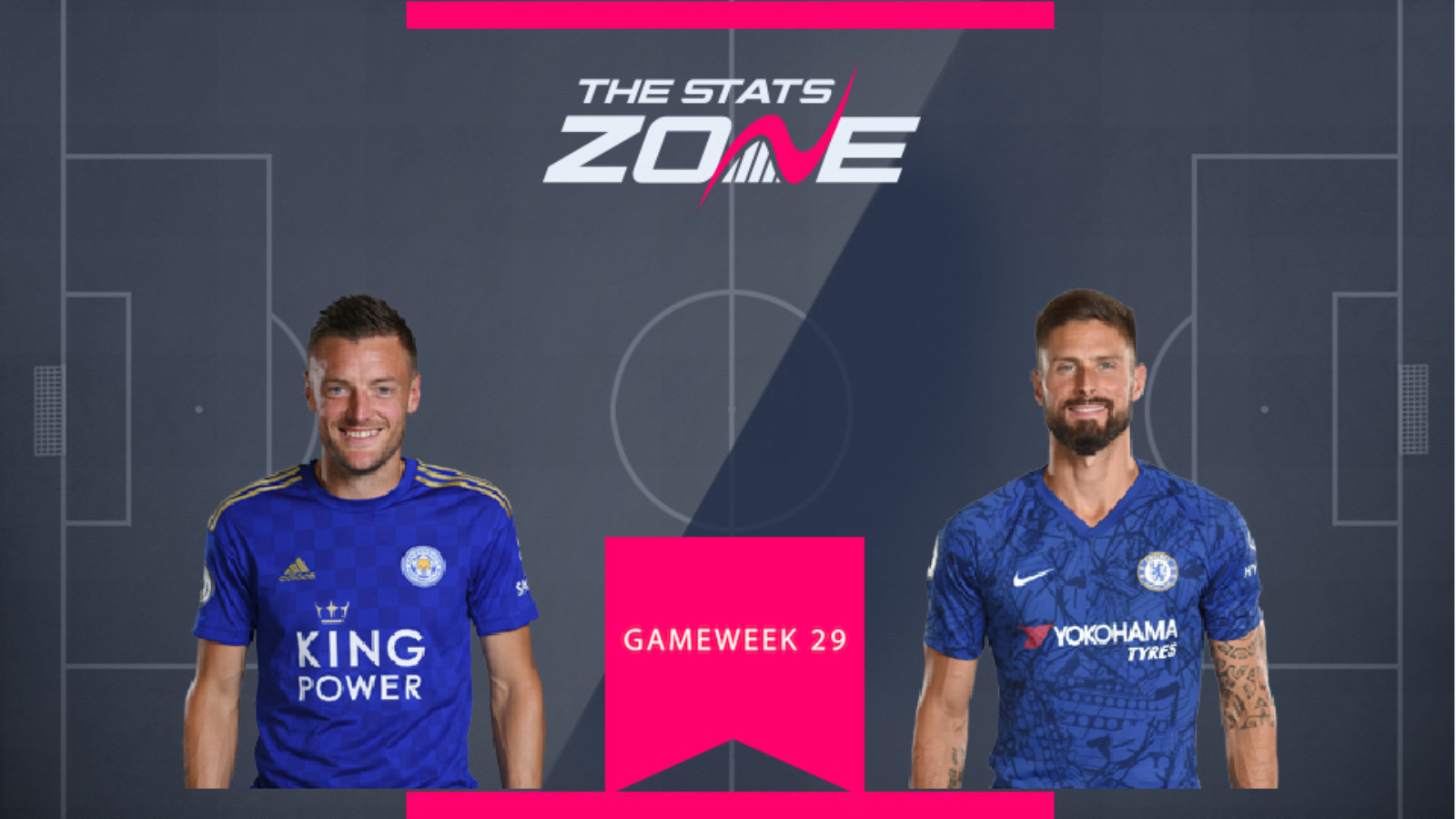 Leicester's Jamie Vardy (£9.7m) did not feature for the Foxes in their 1-0 defeat away at Norwich in Gameweek 28 due to a calf injury. The forward has gone through a difficult run of form since Christmas, having not scored since all the way back in Gameweek 18. Chelsea forward Olivier Giroud (£6.5m) is currently enjoying a run in the Blues starting line-up following an injury to Tammy Abraham. The Frenchman has goal and an assist in his last two starts.

Gameweek 29 sees Leicester host Aston Villa, whilst Chelsea face Everton at Stamford Bridge. Both players are more than capable of providing attacking returns in these two fixtures. However, despite his recent goal drought, we're backing Jamie Vardy against the leakiest defence in the Premier League to get back to his goalscoring best here, against a side he score twice against at Villa Park earlier in the season. 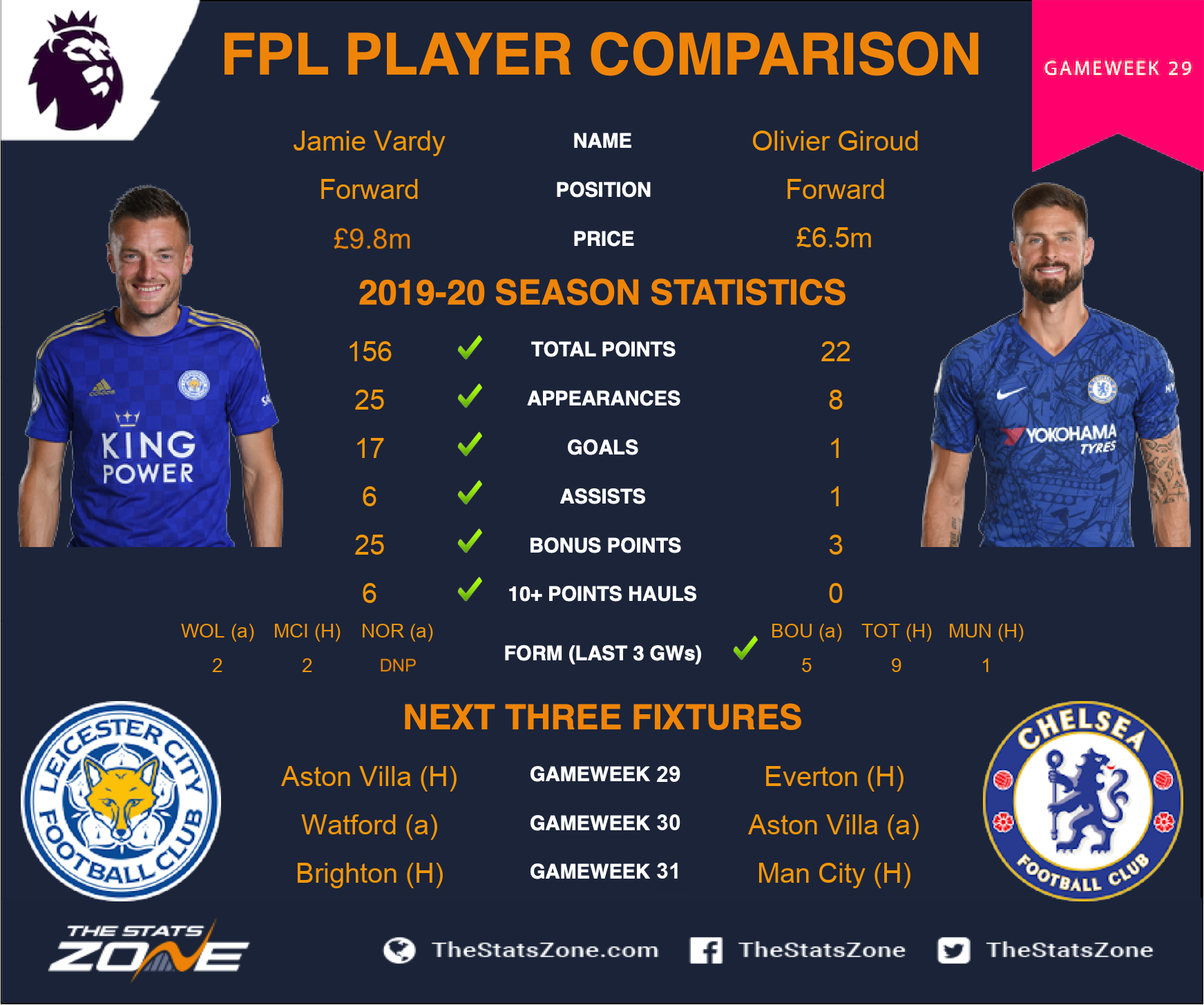