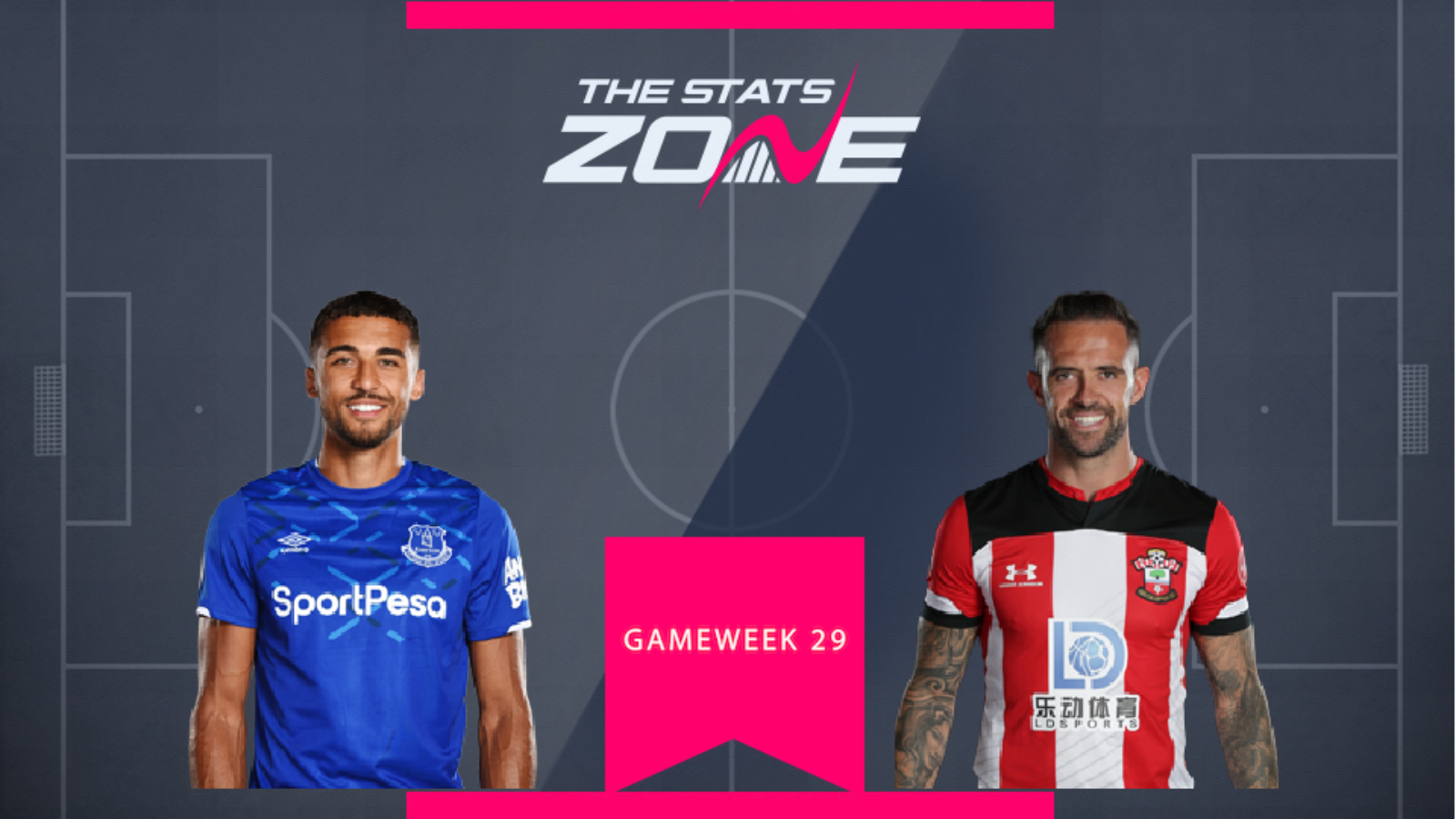 Gameweek 28 saw Everton forward Dominic Calvert-Lewin (£6.4m) find the net once again in the Premier League for the Toffees. His opening goal against Man Utd was his third goal in as many games and his eighth goal since Carlo Ancelotti was appointed at Everton. He has now accumulated 24 FPL points over the last three gameweeks. Danny Ings (£7.2m) on the other hand is going through something of a lean patch for Southampton, scoring only one goal in his last six Premier League appearances. He's still well in the running for the Premier League golden boot however, with 15 league goals so far this season.

Calvert-Lewin's Everton travel to Chelsea in Gameweek 29, whilst Ings' Southampton are at home to a Newcastle side who have conceded seven goals in their last three away Premier League matches. This head-to-head sees the classic debate of form vs fixture. As we've said in previous head-to-head comparisons over the course of the season, we believe in form is the winner. Add this to the fact that Calvert-Lewin is priced at £0.8m cheaper than Ings and it is him that takes preference for us here. 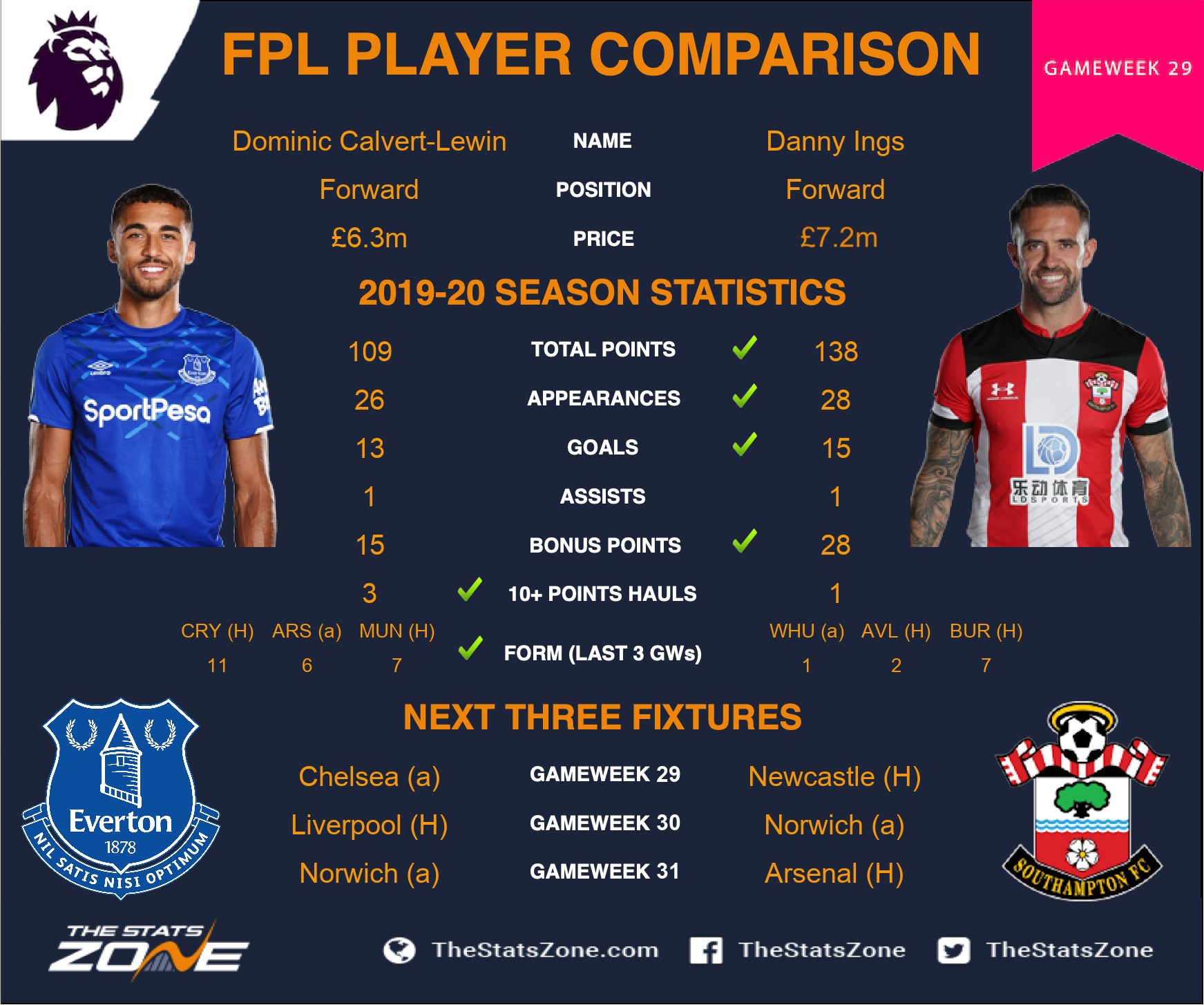