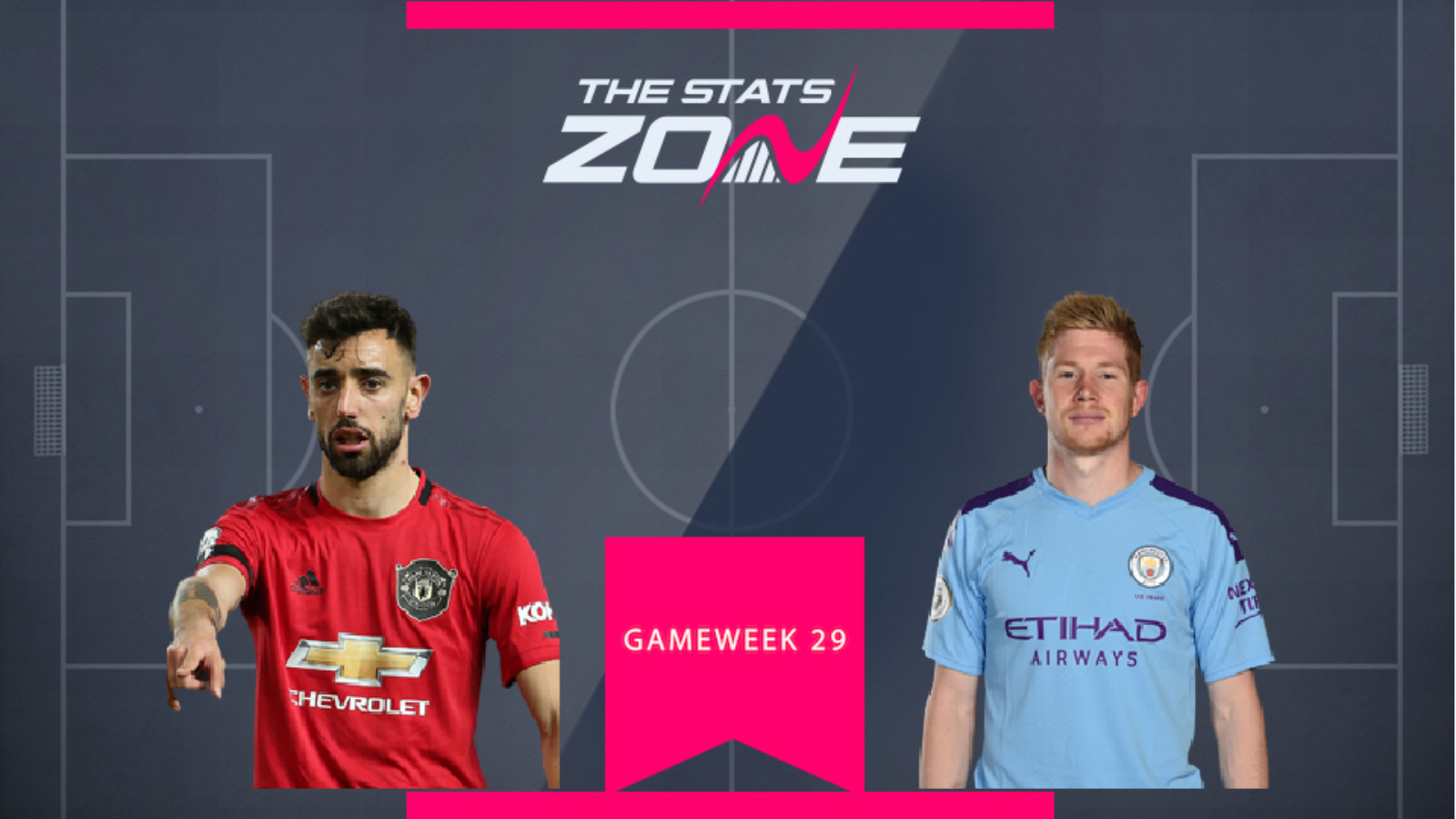 Man Utd's new Portugese sensation Bruno Fernandes (£8.3m) continued his incredible start to life in the Premier League, with a goal away at Everton in Gameweek 29. Fernandes has two goals and two assists in his four Premier League appearances so far. Comparisons have been drawn between him and Kevin De Bruyne (£10.7m) with the two players meeting this Sunday. De Bruyne has eight goals and 18 assists for Man City over the course of the season so far, establishing himself as a "must-own" FPL player.

However, going into Gameweek 29 and the Manchester derby, City manager Pep Guardiola has revealed that De Bruyne has a shoulder injury and may miss the game. The Belgian did not feature in midweek as Man City played in the FA Cup fifth round and his injury would be a massive blow. With his availability for Sunday in question, we have to edge towards Bruno Fernandes here, with him being the focal point for everything United do offensively and the fact he takes all set-pieces. 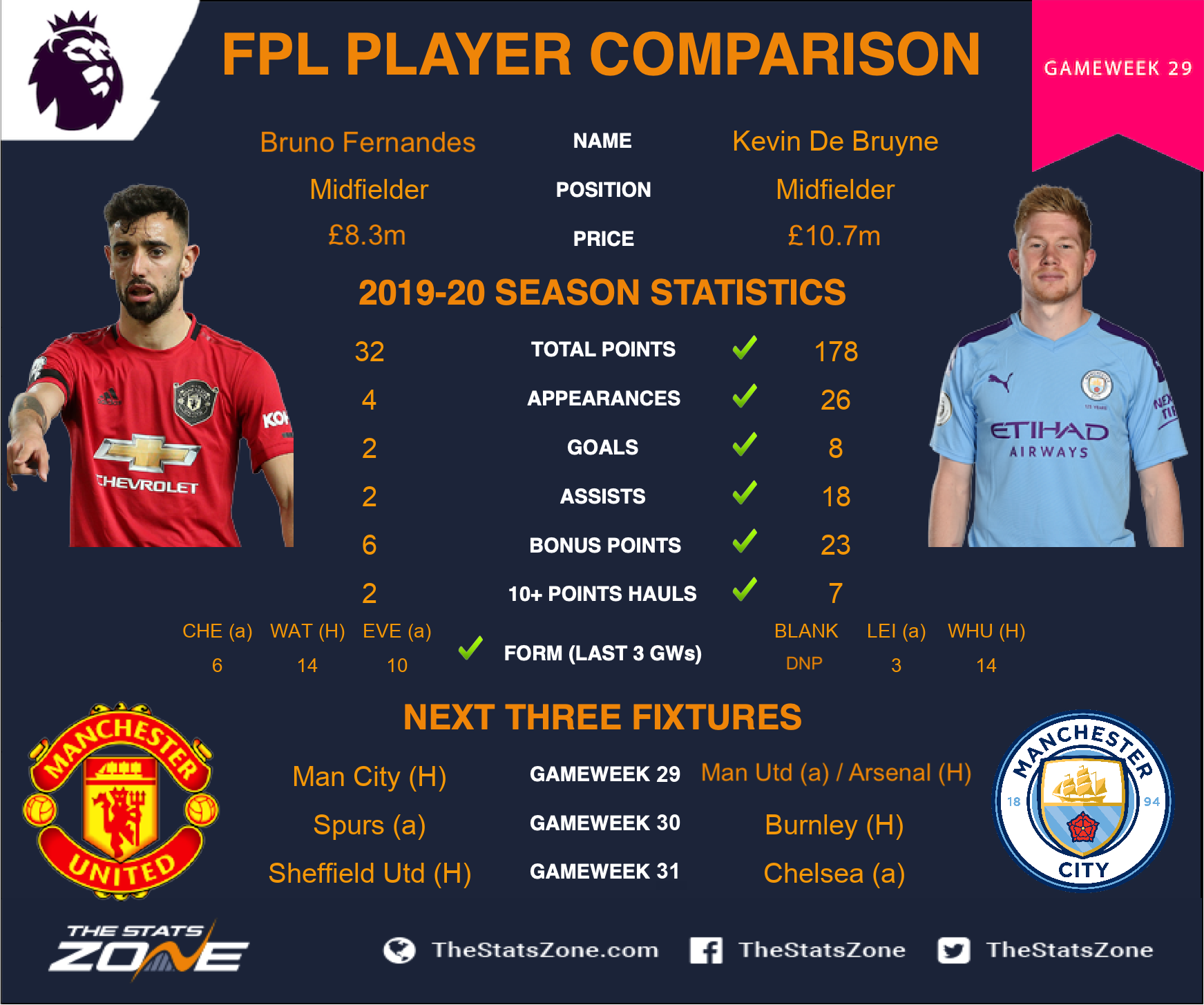