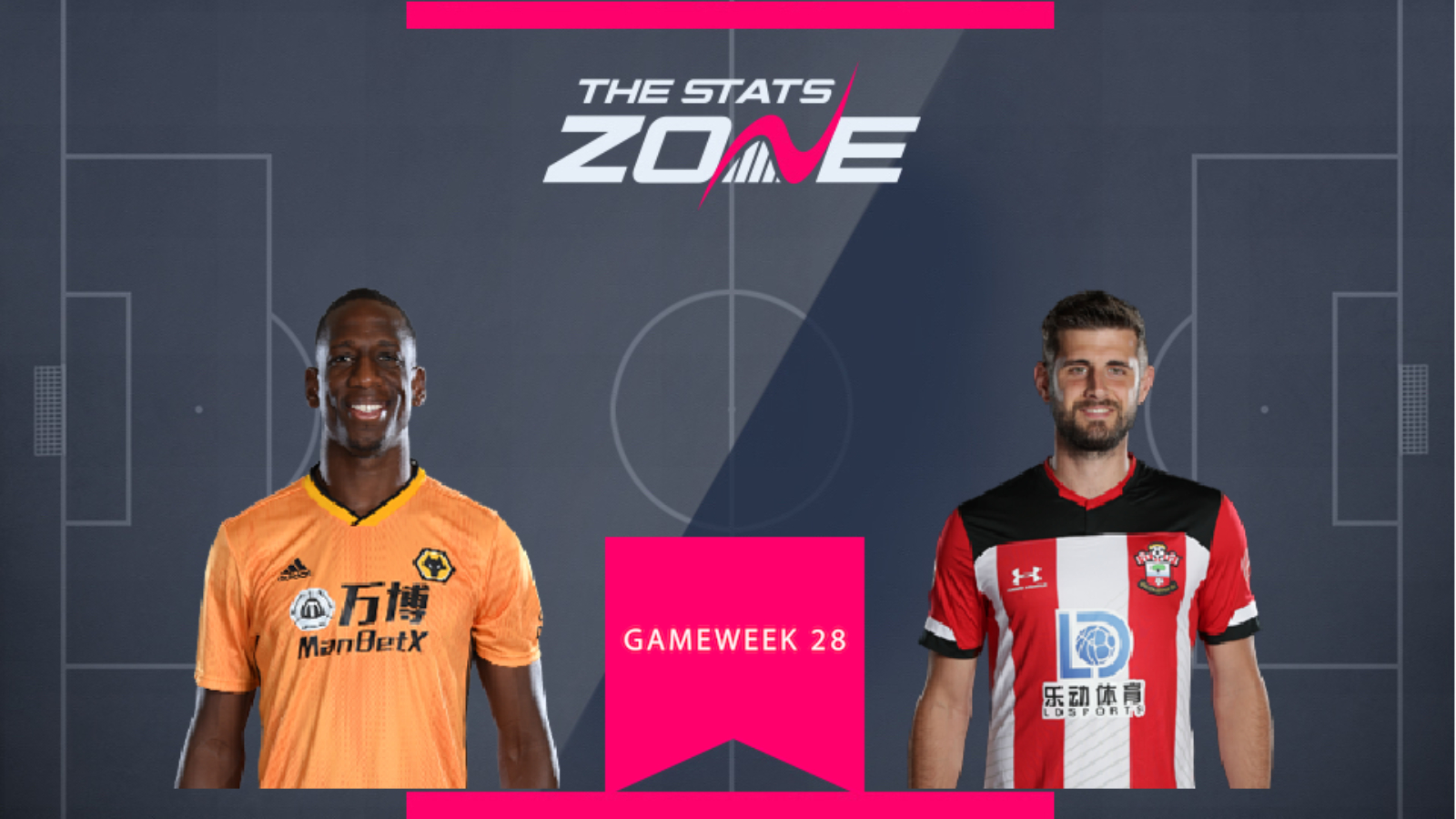 Defenders Willy Boly (£4.7m) and Jack Stephens (£4.5m) both kept clean sheets in Gameweek 27. Boly successfully shut out Norwich in a 3-0 win for Wolves, which was their sixth clean sheet in the 11 Premier League matches that Boly has been in the side. Stephens, meanwhile, kept Aston Villa at bay as Southampton beat the relegation-battlers 2-0 at St. Mary's.

Gameweek 28 will see both central defenders away from home in the capital as Wolves face Spurs and Southampton take on West Ham. Spurs have been affected by injuries to key attacking players such as Harry Kane and Heung-Min Son, which could lead them to line up once again without a specialist striker. This can only benefit Boly, who has racked up three Premier League clean sheets in a row since returning to the Wolves starting line-up after a long-term injury. Add in his attacking threat from set-pieces and he gets the nod for us here. 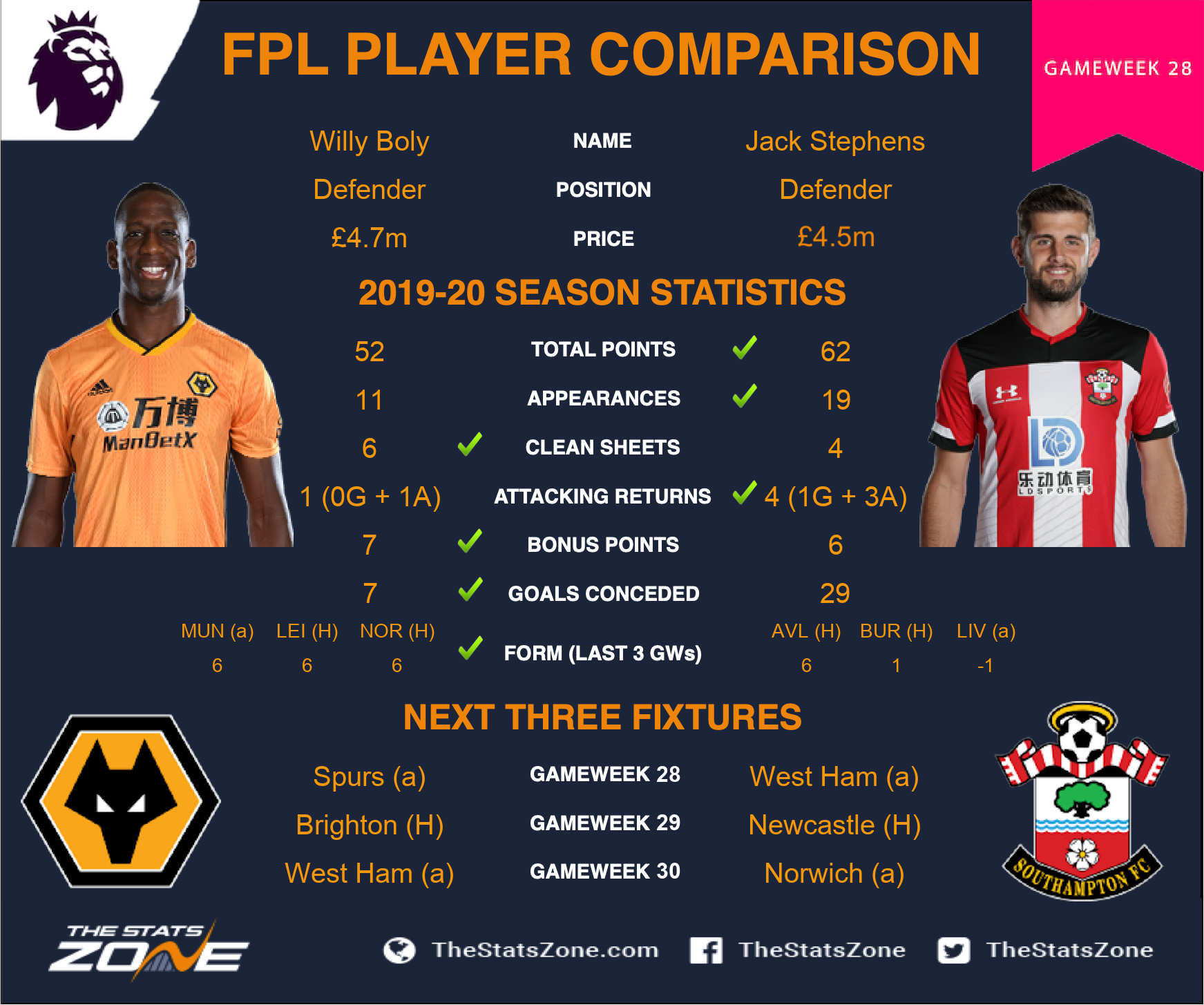