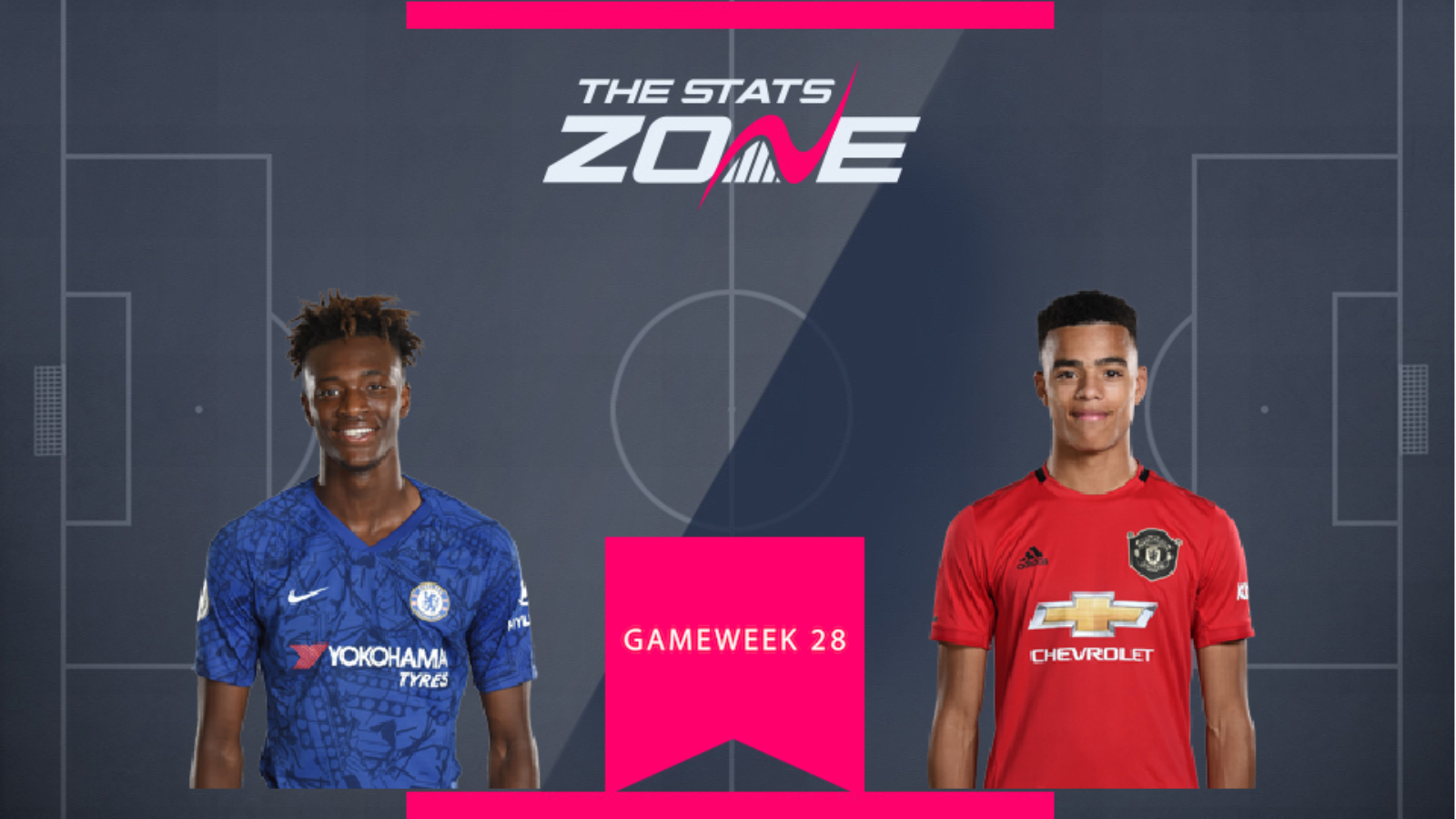 Tammy Abraham (£7.6m) started from the bench for Chelsea in their 2-1 win over Spurs in Gameweek 27 due to an ankle injury. He then limped off after coming on once again as a substitute in Chelsea's defeat at home to Bayern Munich in UEFA Champions League round of 16 first leg tie in midweek. Mason Greenwood (£4.3m), meanwhile, was afforded a rare start for Man Utd in Gameweek 27 and made the most of it, scoring the third goal for the Red Devils in a 3-0 win over Watford.

Gameweek 28 sees Chelsea travel to Bournemouth, whilst Man Utd are away to Everton. Both Abraham and Greenwood are far from guaranteed to start their respective fixtures, which makes neither an attractive prospect here. Therefore, we'd plump for the cheaper asset which is Greenwood by a huge margin. 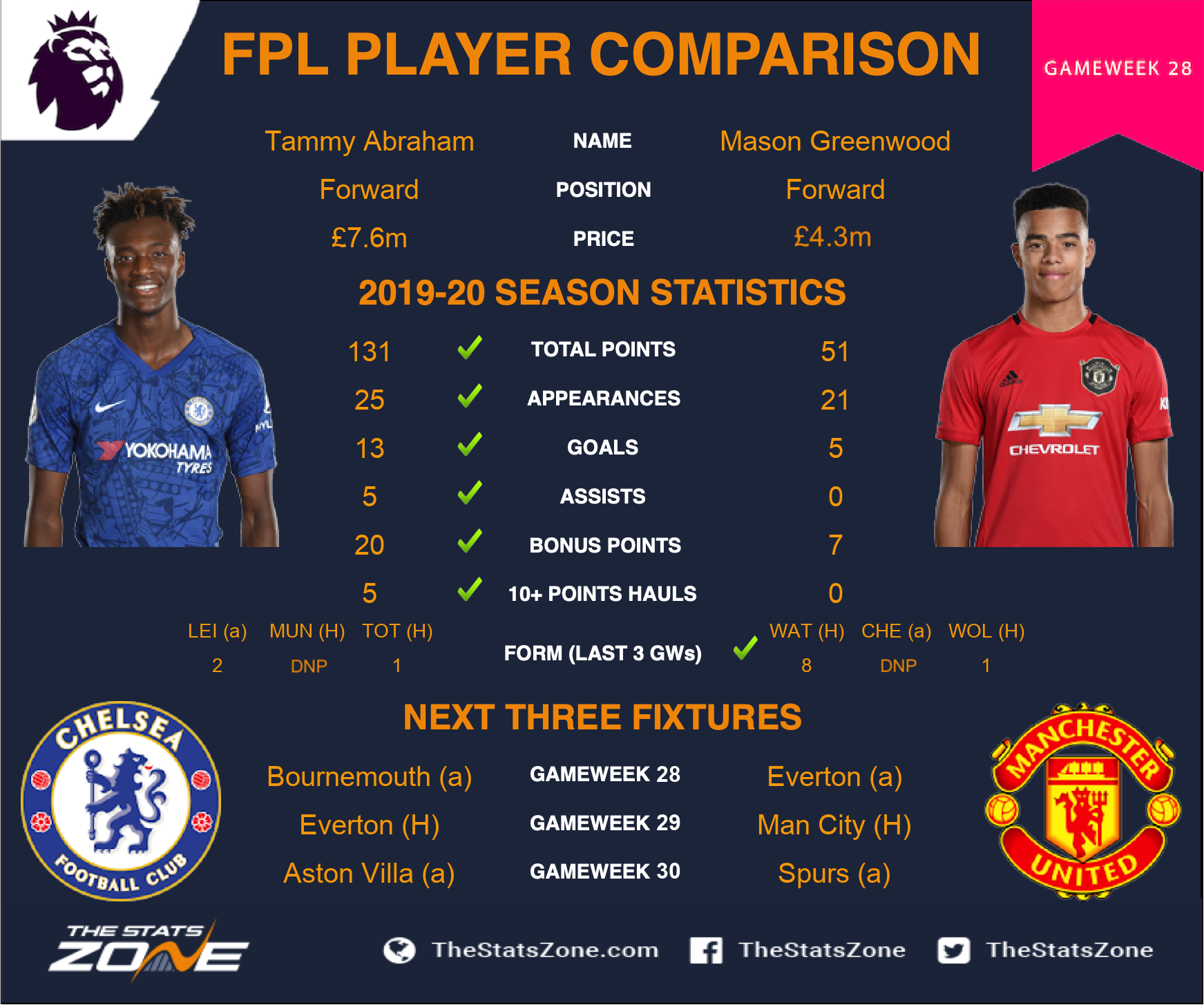