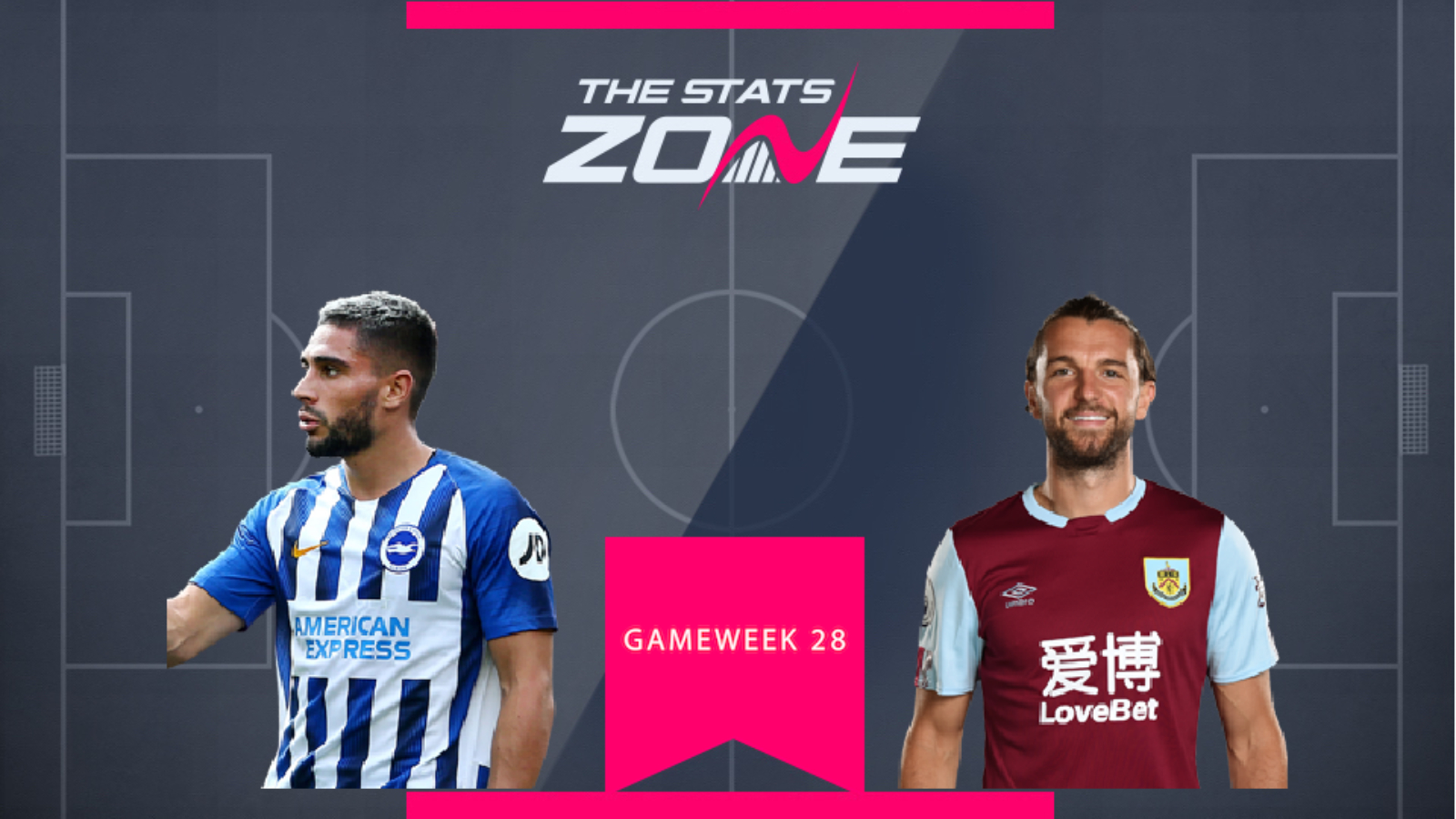 Brighton's Neil Maupay (£5.8m) was back on the scoresheet in Gameweek 27 as the Seagulls forward equalised in Brighton's 1-1 draw away at Sheffield Utd - his eighth Premier League goal of the season. Burnley's Jay Rodriguez (£5.7m) also found the net from the penalty spot as the Clarets secured a comprehensive 3-0 win over Bournemouth.

Maupay's Brighton take on fierce rivals Crystal Palace in Gameweek 28, whilst Rodriguez's Burnley travel to a Newcastle side who have failed to score in their last three Premier League games. Maupay scored against the Eagles in the reverse fixture at Selhurst Park and whilst Newcastle are suffering a goal drought, they have been defensively strong at St. James' Park so Maupay gets the nod in this head-to-head. 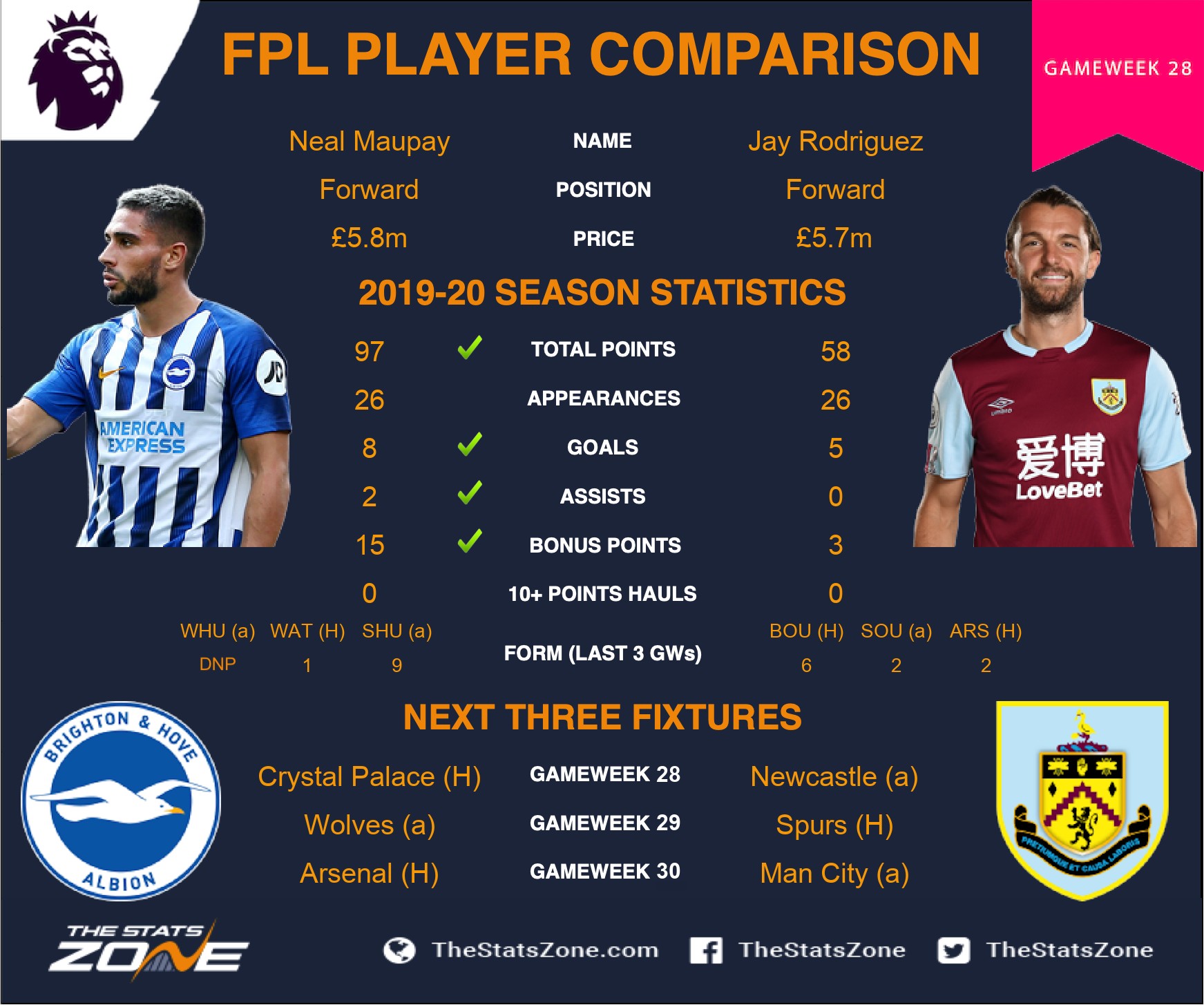