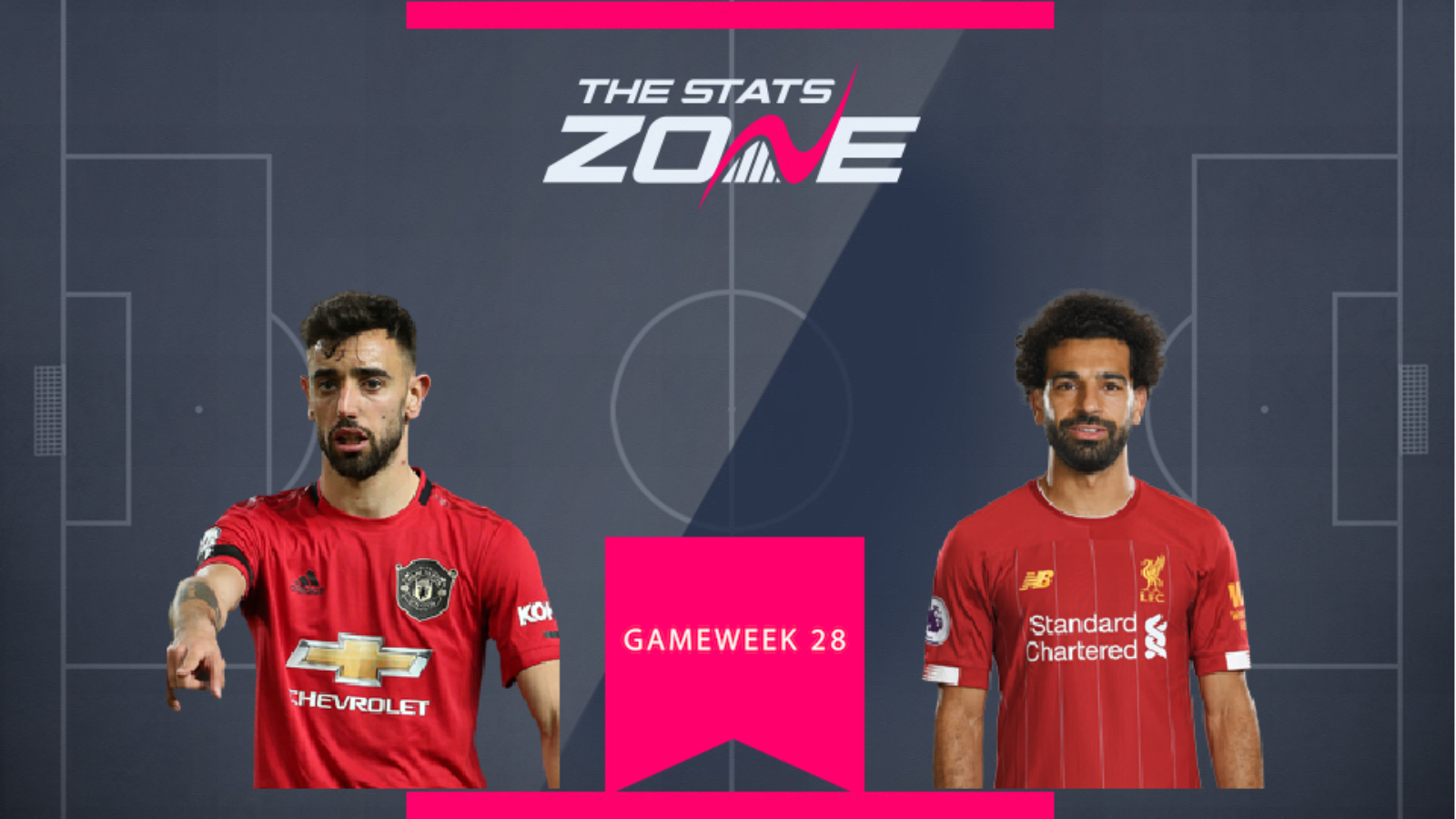 Man Utd's Bruno Fernandes (£8.2m) has had a dream start to life at Old Trafford having already scored his first goal for the club and registering two assists, all in his first three league matches for the club. Gameweek 27 saw him slot home a penalty he won himself, before setting up Mason Greenwood later in on the piece as Utd dispatched Watford 3-0. Mo Salah (£12.8m), meanwhile, continued doing what he does best, scoring goals for fun as he found the net at home to West Ham in Liverpool 3-2 win over the Hammers in Gameweek 27. It was the Egyptian's 15th Premier League goal of the season.

Gameweek 28 sees Man Utd and Liverpool travel to Everton and Watford respectively. Fernandes has accrued 22 FPL points in his first three league matches and looks key to Man Utd's attacking play as the number ten. The attraction to choosing Salah here is obvious. However, away from home this season Salah only has two goals. With Fernandes priced a mammoth £4.6m million cheaper, he represents the better value in this head-to-head when taking into account that Salah is playing away from home. 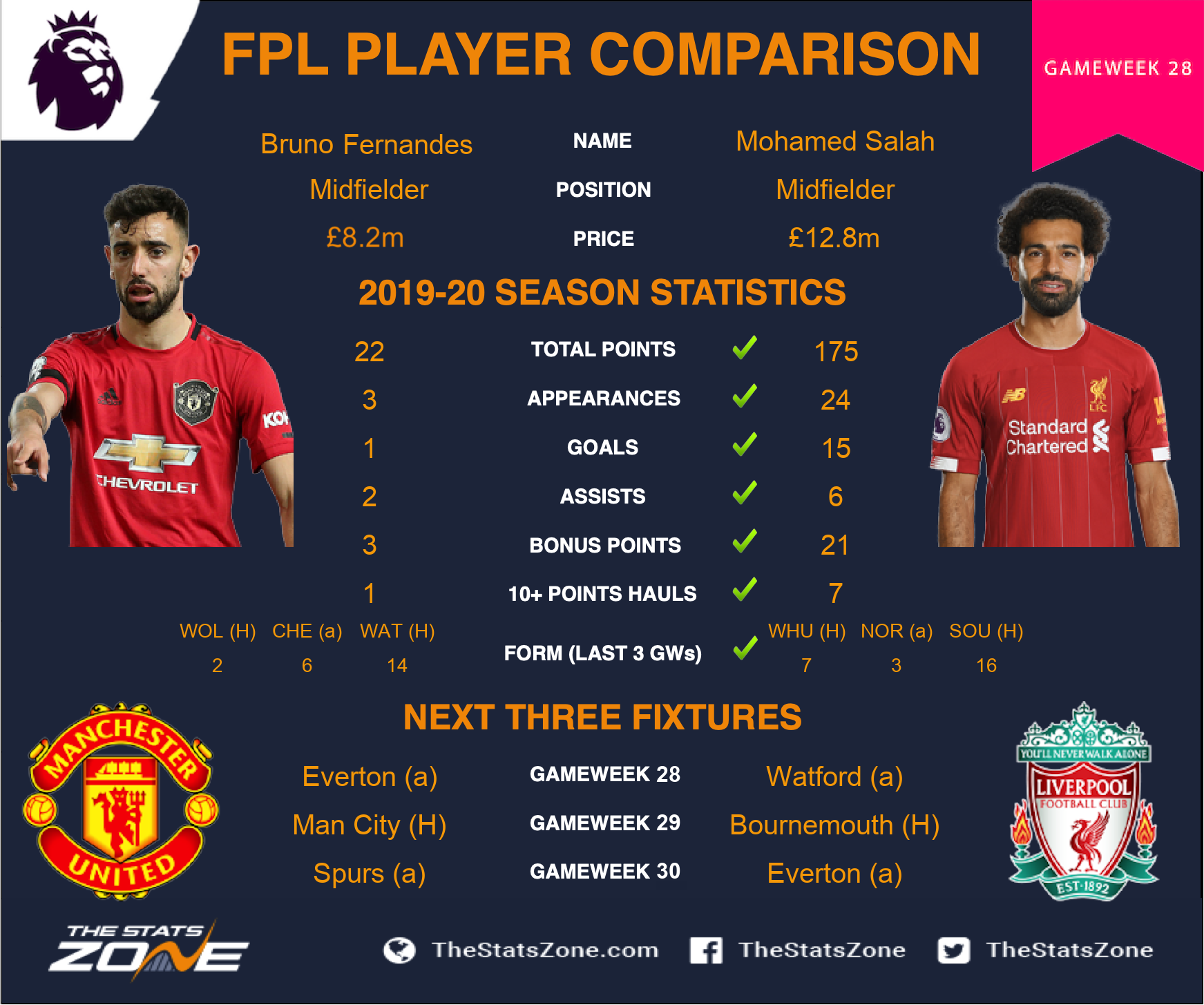