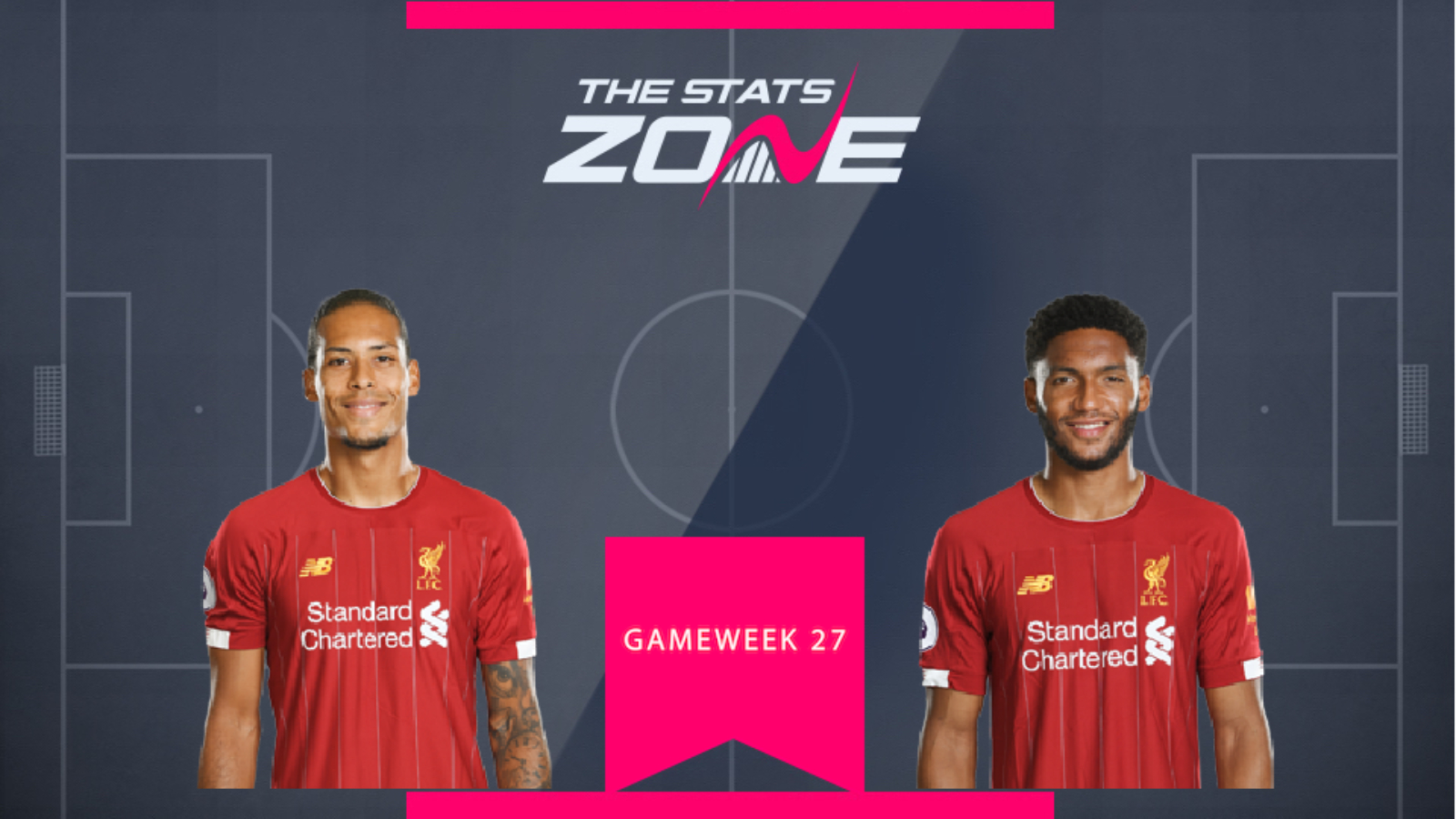 Liverpool continue to excel in the Premier League and even though they were not at their best against Norwich, they claimed all three points on the back of yet another solid defensive display. That was clean sheet number 10 from their last 11 matches in the league with both Virgil van Dijk (£6.5m) and Joe Gomez (£5.3m) playing their part once again.

The duo have been instrumental as a pairing since Gomez broke into the side in Gameweek 16 and a home match against struggling West Ham presents another opportunity to keep a clean sheet in Gameweek 27. Gomez has been brilliant in his run in the side but there are murmurings that he could be rested at the weekend and with Van Dijk being more of an attacking threat to boot, having scored four goals this season, it is the Dutchman that gets the nod over his teammate here. 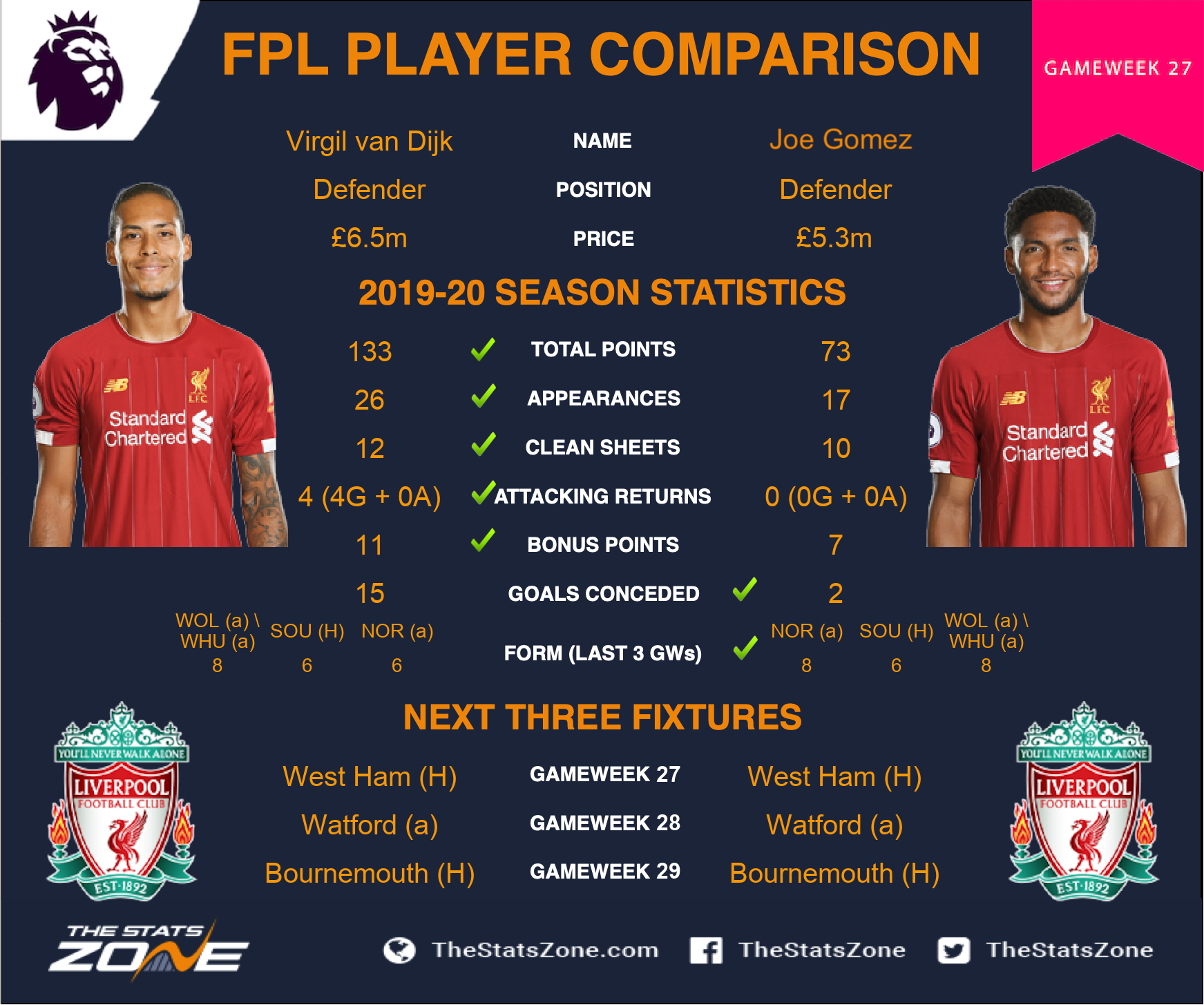