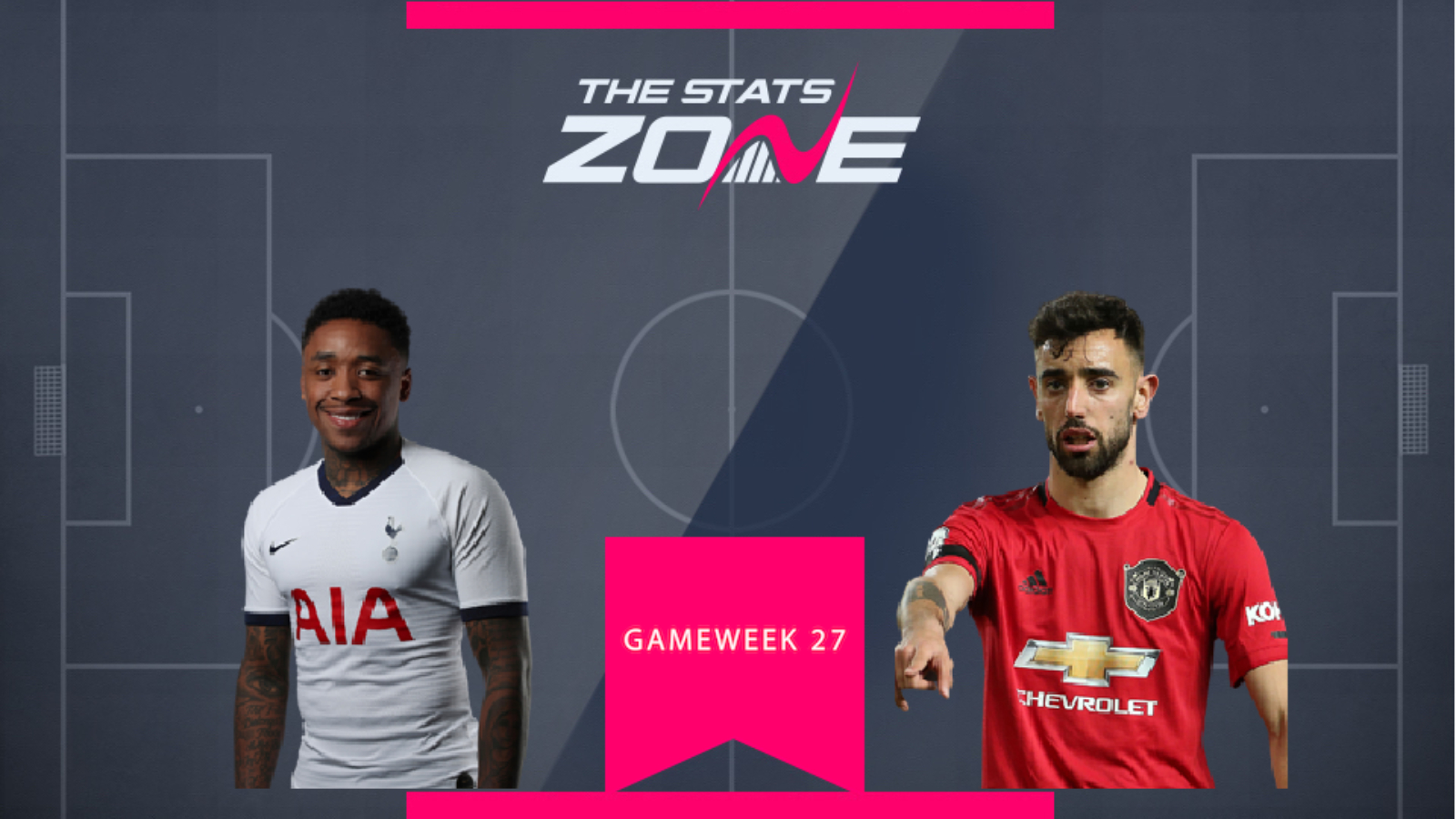 With the loss of Heung-min Son for potentially the rest of the season, there will be plenty of pressure to fill his void in the Spurs side. New signing Steven Bergwijn (£7.5m) could be the man to fill the void, be it playing in a wide role or even through the middle. It remains to be seen which way Jose Mourinho will go but one thing for certain is that Bergwijn is going to be tasked with a very attacking role for the remainder of the campaign.

Bruno Fernandes (£8.0m) bagged the first of what could be many assists in a Man Utd shirt as he supplied the corner for Harry Maguire’s goal against Chelsea last week. Playing in the #10 role, Fernandes has been given license to get forward for his new side and link the midfield with the attack. His dead ball ability also makes great appeal and a home game against Watford could provide a positive return in Gameweek 27. 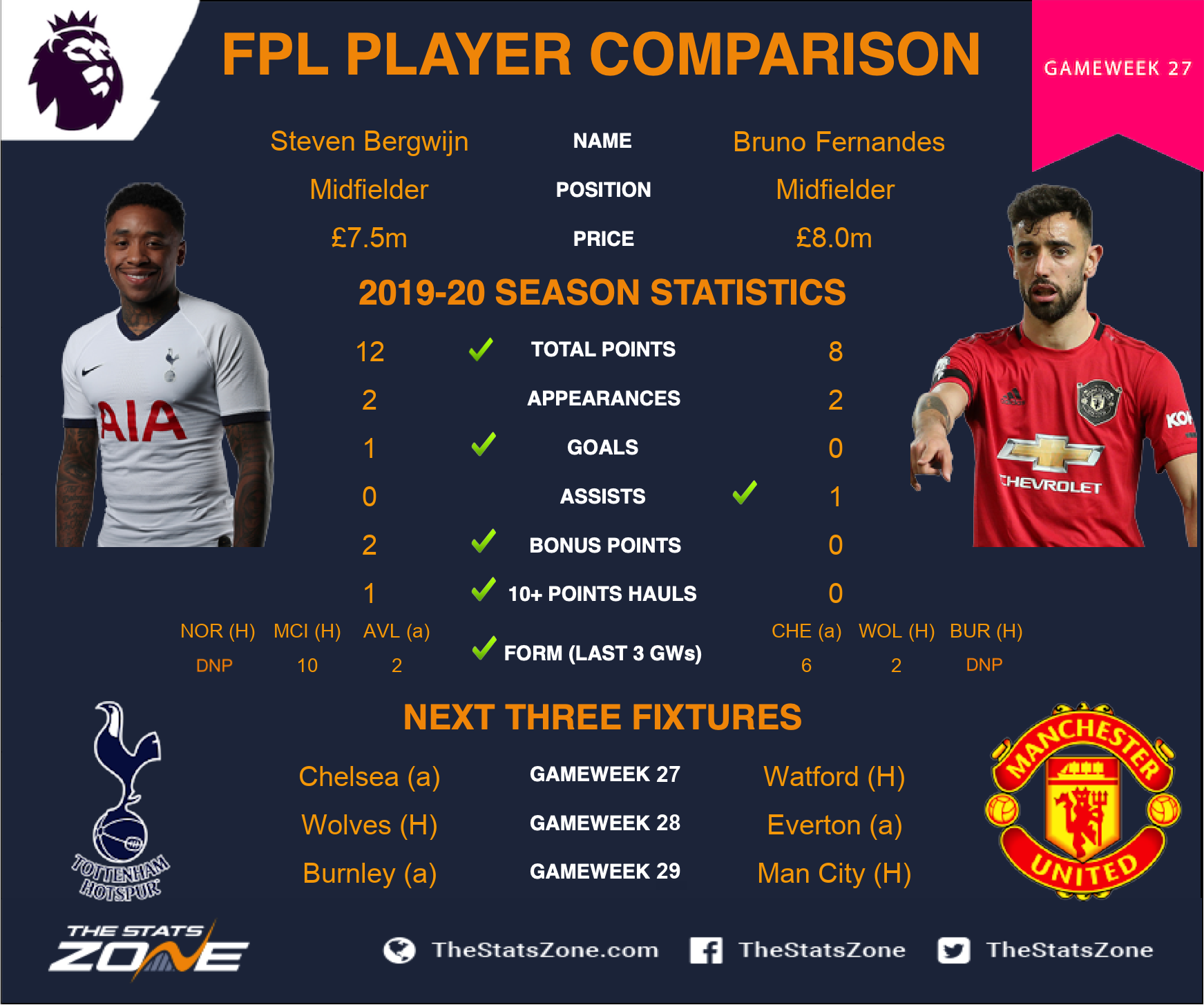