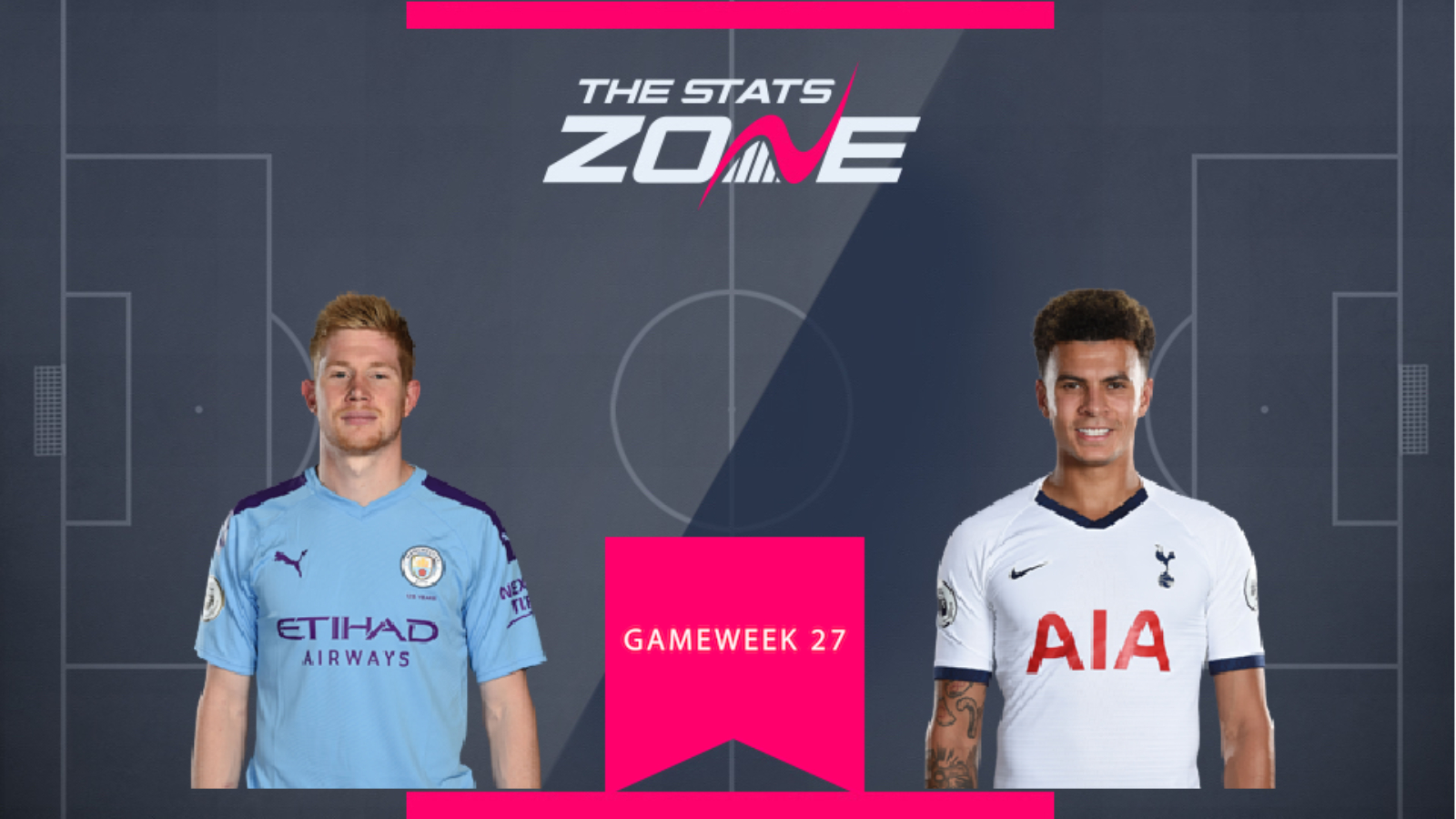 Man City's Kevin De Bruyne (£10.8m) continued his astonishing home FPL record these season with both a goal and an assist to give him a total of 14 FPL points. He has now accrued 93 FPL points from the 12 league matches he has played at the Etihad Stadium this season. Dele Alli (£8.4m) failed to register an attacking return in Spurs' 2-3 win away at Aston Villa and only has one goal in his last seven Premier League games after starting life under Jose Mourinho so well. It doesn't get any easier for Alli going forward, with Spurs away at local rivals Chelsea in Gameweek 27.

De Bruyne comes at a premium price but in FPL terms is a premium product. Question marks will remain over whether he will start in Gameweek 27 with a key Champions League clash in midweek, but his importance to this Man City side should ensure that he starts with a view to perhaps being brought off after an hour. An hour could be all De Bruyne needs regardless and he should outscore Alli in Gameweek 27 if he does line up away at Leicester. 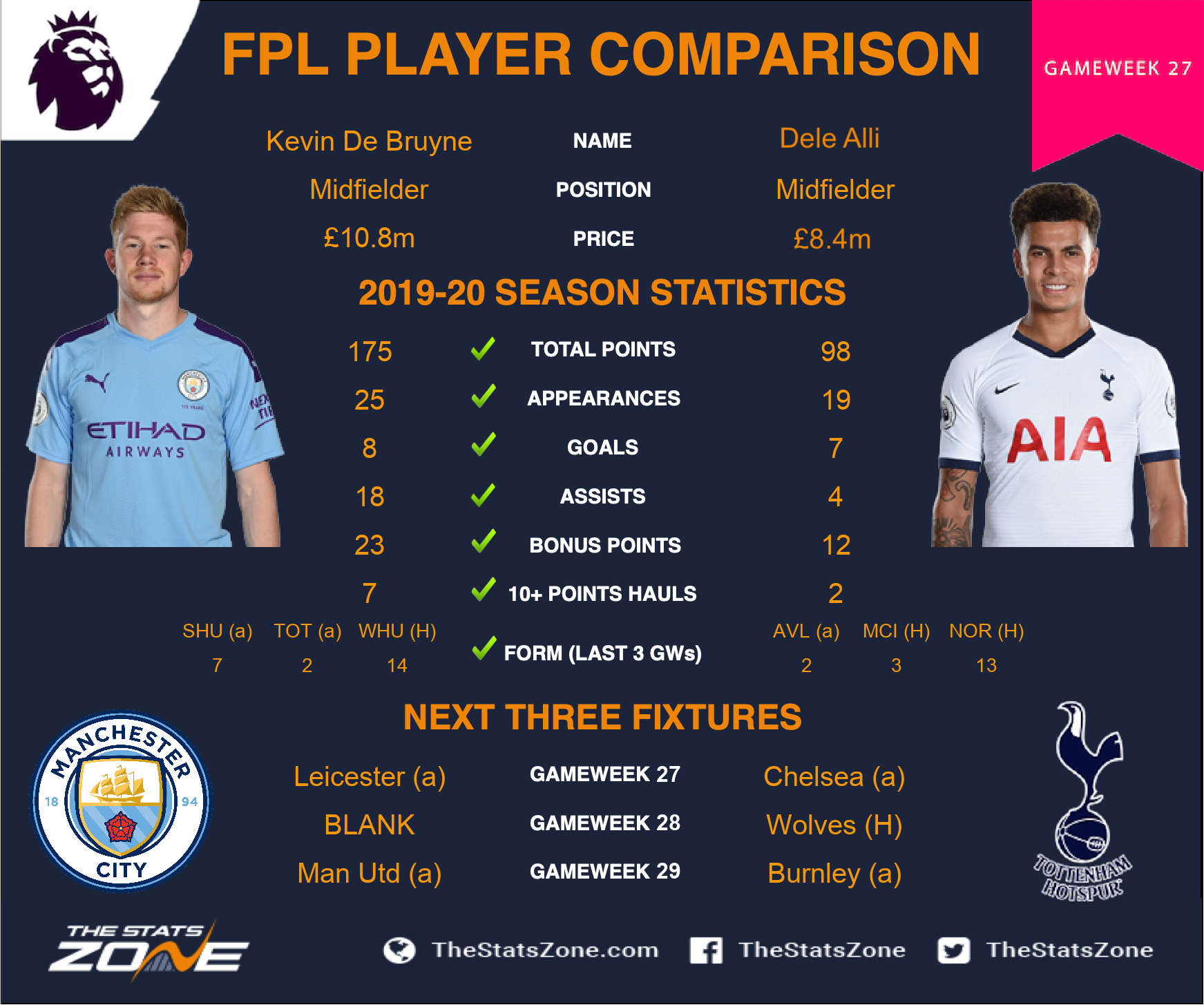