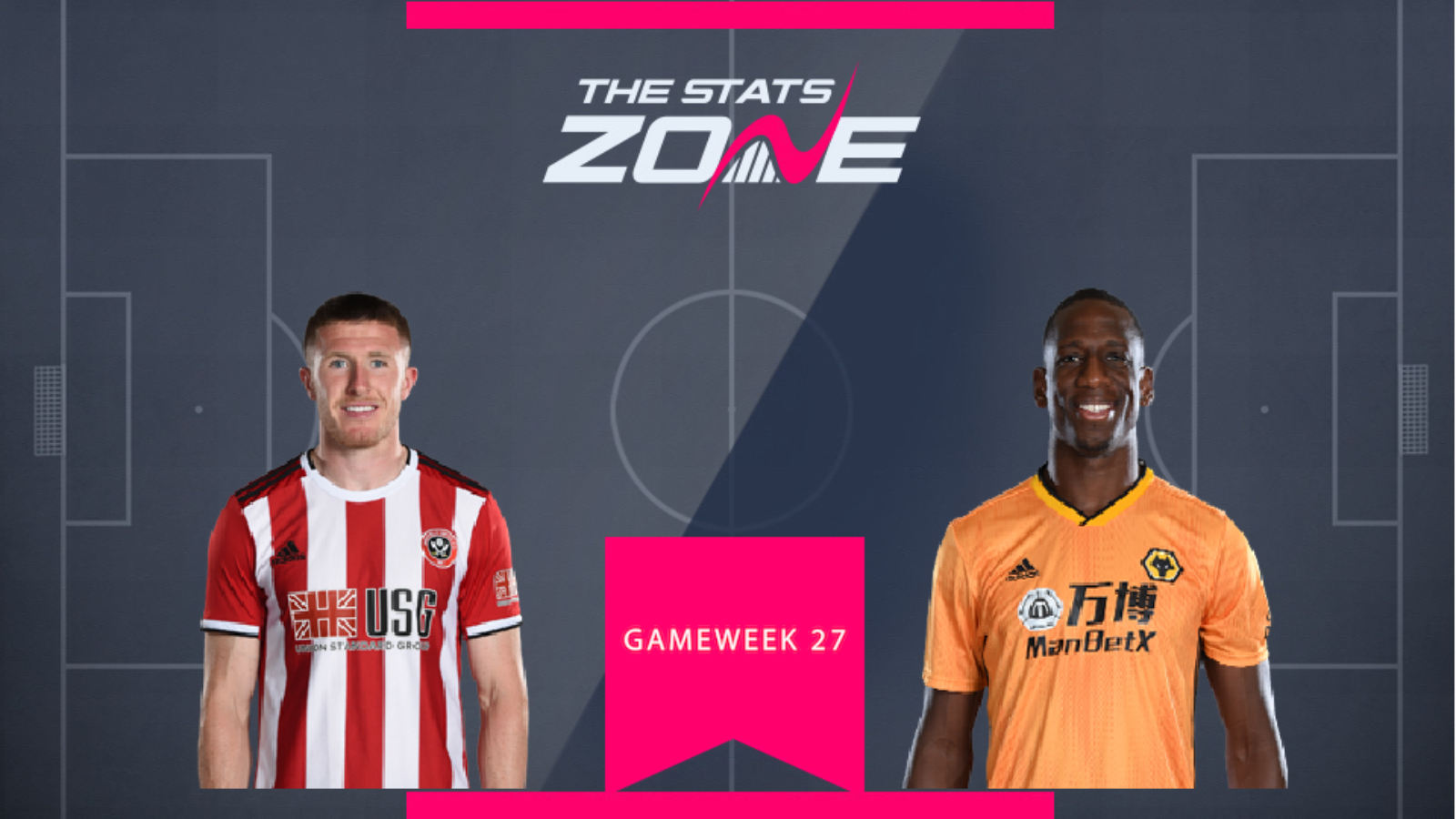 If you still own John Lundstram (£5.0m) then you were naturally delighted to see your faith in "The Lord" repaid in Gameweek 26 when he climbed off the bench to score the winner against Bournemouth - that was unless you benched him! Whether that was enough for Chris Wilder to reinstate the "defender" into the Blades midfield remains to be seen, though, and it would not be all that surprising if Sander Berge retained his place in the side.

Meanwhile, Willy Boly (£4.7m) has had a positive impact on the Wolves defence after returning to the side in Gameweek 25. following an injury lay-off. Successive clean sheets were almost supplemented by a goal in Gameweek 26 against Leicester but Boly became the latest victim of a VAR overturn. Up next for Wolves is a home fixture against basement-dwellers Norwich and that looks ripe for another shut-out.

Although Sheffield Utd themselves have a decent fixture in the form of visiting Brighton, the uncertainty over Lundstram's place in the side means that Boly looks the better option between the two for Gameweek 27. 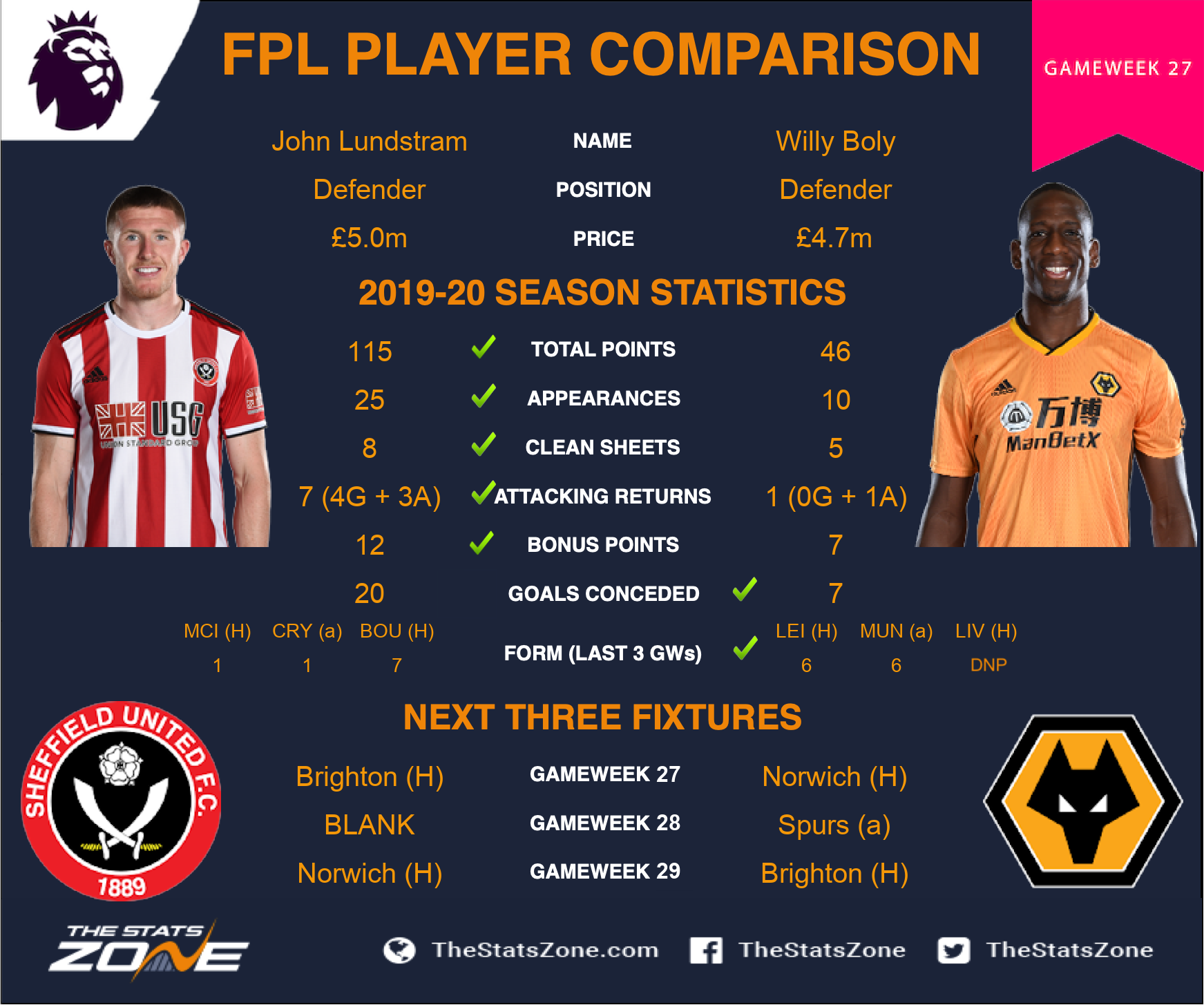