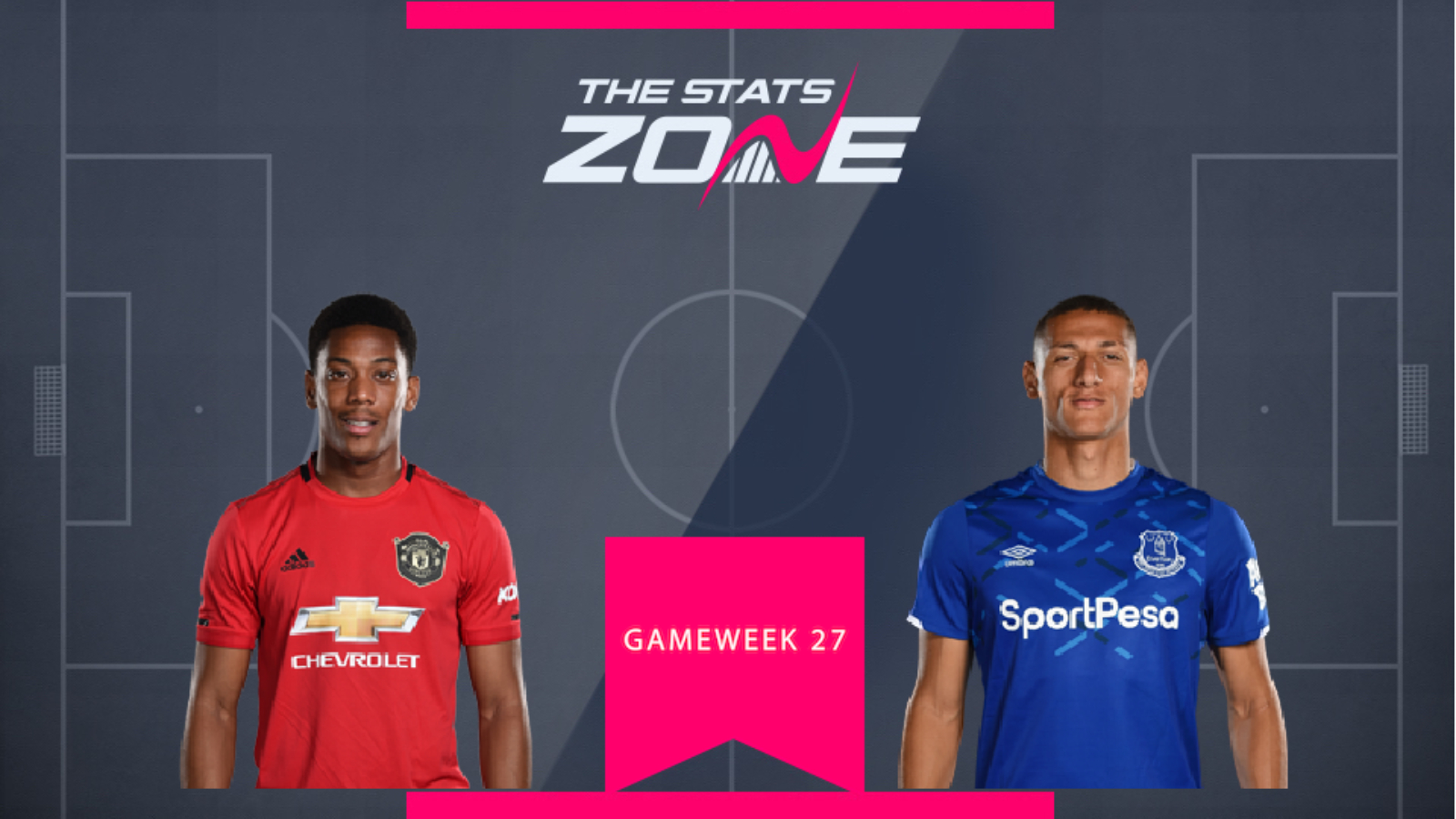 After three matches without a goal, Anthony Martial (£7.9m) got back into the scoring groove with Man Utd’s first in their win over Chelsea in Gameweek 26. That goal was Martial’s ninth of the season and helped take his points tally in FPL to 104 points for the campaign. That leaves him just outside of the top 10 FPL midfielders this season but he could move into that group with another positive showing against Watford.

Richarlison (£8.2m) is one of the players above him in that list with the Everton man posting 123 points so far despite managing the same number of goals. He found the back of the net as well as providing an assist in Gameweek 26 as the Toffees continued their solid form with a 3-1 win over Crystal Palace. Although Richarlison is capable of providing another return in front of goal, Everton’s stronger displays have come at Goodison Park and with Martial £0.3m cheaper, the Frenchman just gets the nod in this head-to-head at home to Watford this weekend. 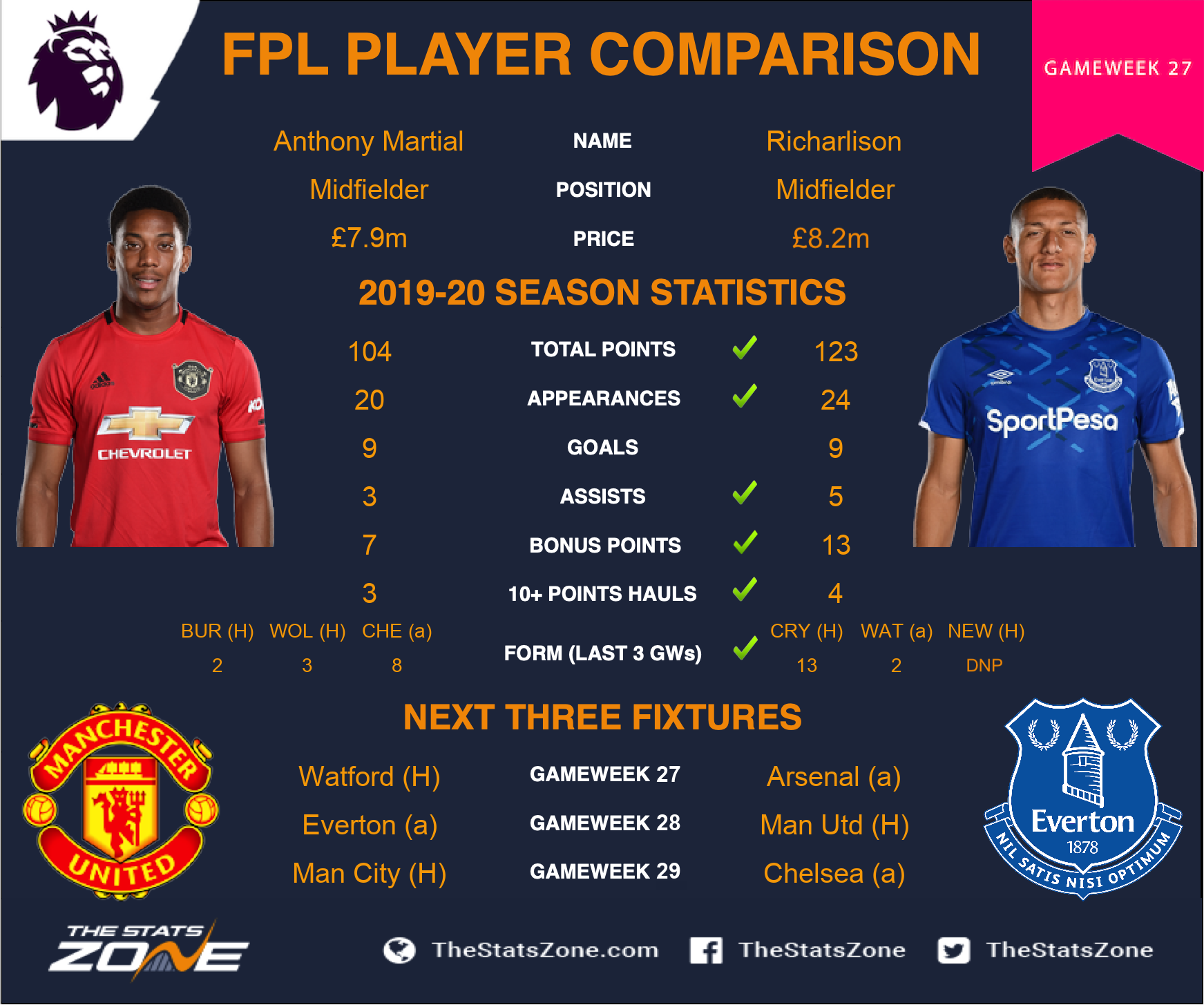