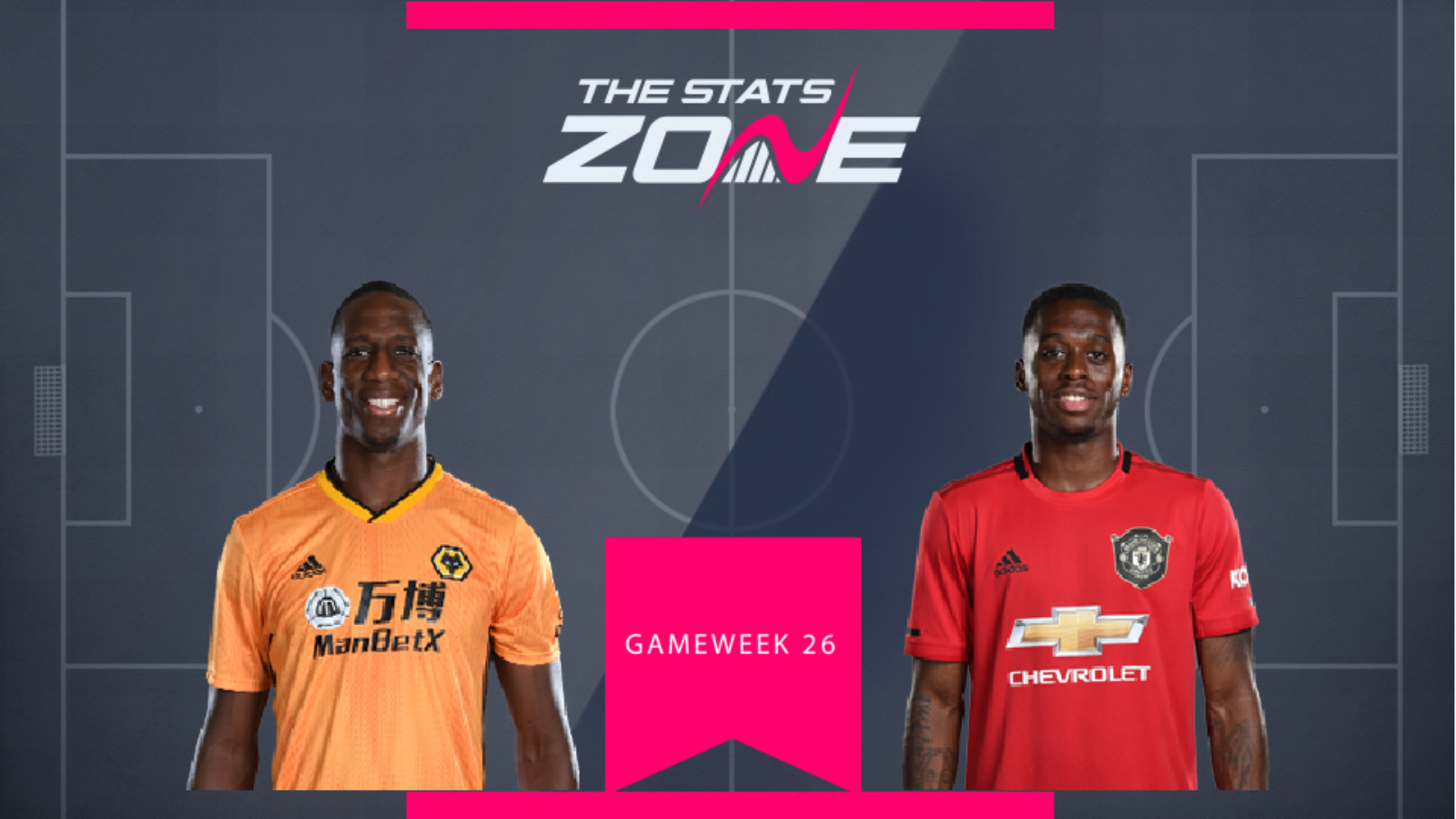 Wolves centre-back Willy Boly (£4.7m) made his long awaited return to the Wolves starting lineup after being sidelined since Gameweek 9 with a broken fibula. It was a successful return for the Frenchman as Wolves drew 0-0 against Man Utd at Old Trafford, keeping their first clean sheet in the Premier League since Gameweek 15. Of the five league clean sheets Wolves have made this season, four have come with Boly in the side, despite that long injury layoff.

Man Utd's Aaron Wan-Bissaka (£5.3m) put in a solid performance in the same 0-0 draw; keeping the Wolves attackers quiet down his side, looking dangerous going forward and picking up 9 FPL points once bonus points were added. If Wan-Bissaka improves his final delivery, he could be in for plenty of assists down the line for the Red Devils.

Wolves host Leicester in Gameweek 26, a side they have already shut out back in Gameweek 1 which bodes well for Boly, whilst Wan-Bissaka's Man Utd travel to Chelsea. Both fixtures are tough, but Wolves are a formidable side at Molineux and will take confidence having kept a clean sheet against the Foxes back in August. When you add Boly's aerial threat from set pieces, he becomes the clear value pick here. 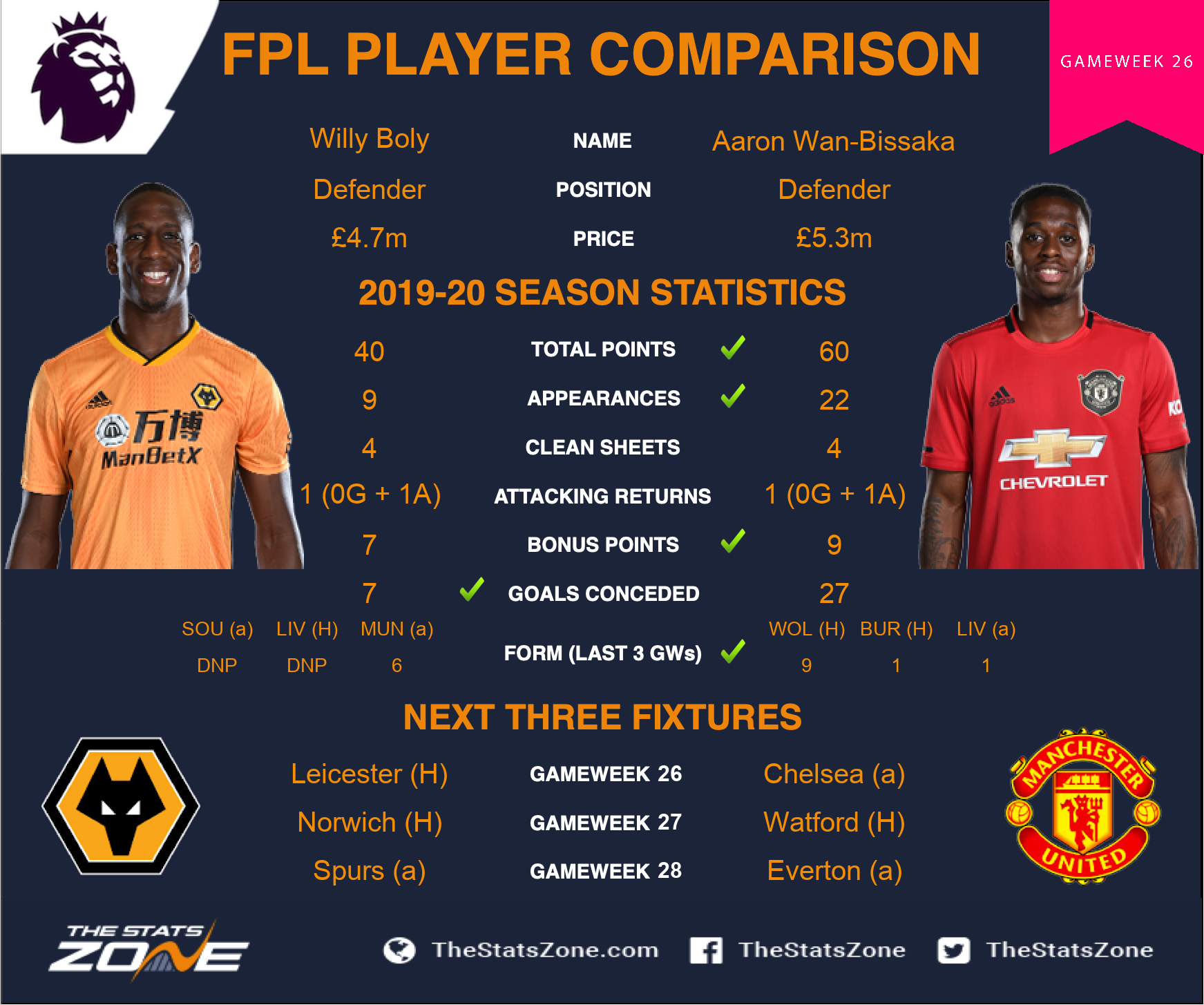