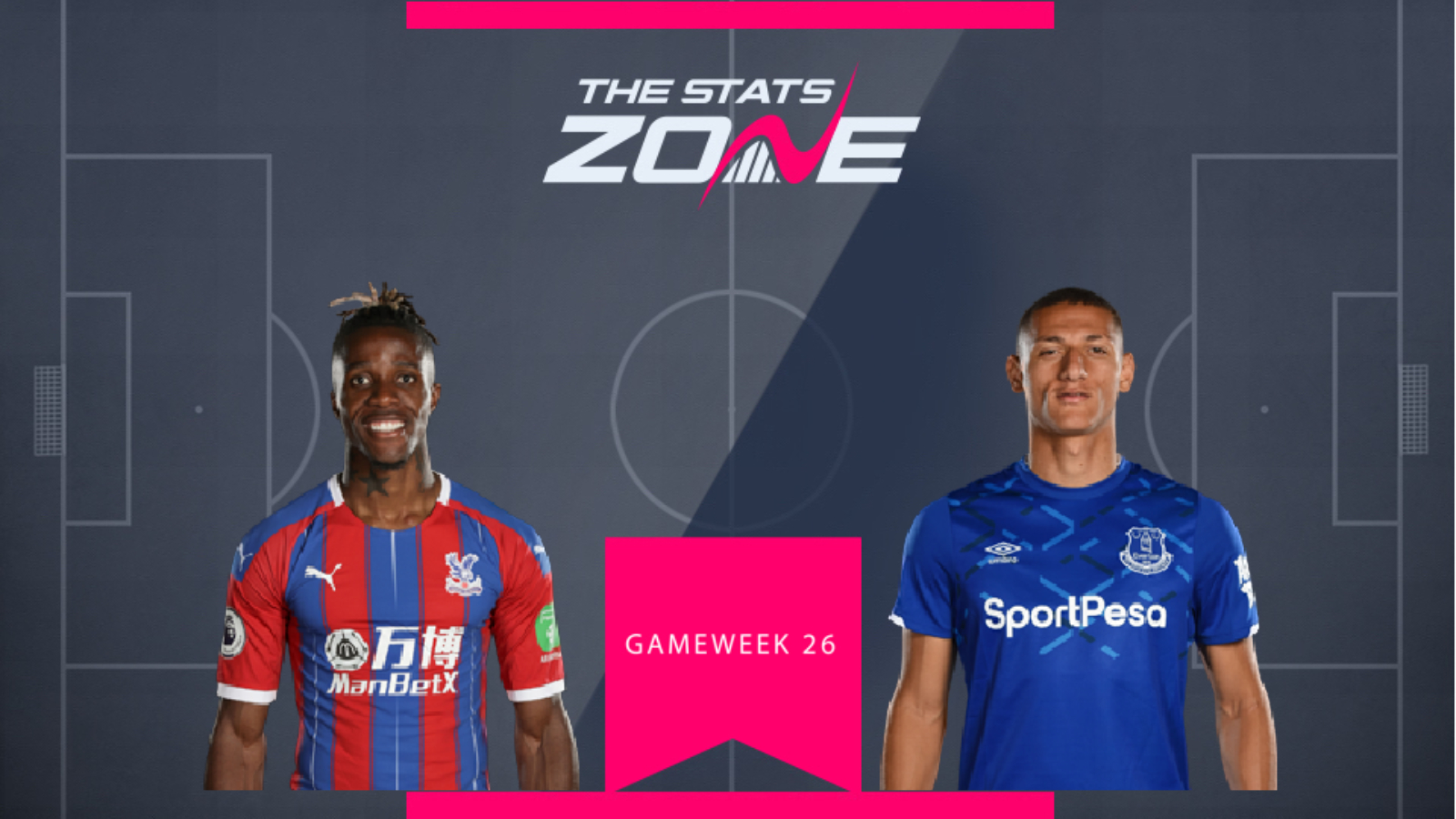 It was a surprise that Richarlison (£8.1m) also failed to register an attacking return in Everton's dramatic 2-3 win away at Watford, after the Brazilian returned to the starting lineup having missed the Toffees' last two league games through injury.

Gameweek 26 sees Everton and Crystal Palace lock horns at Goodison Park, with the home side very much the favourites. With Palace coming off the back of a poor transfer window and without a win in six league matches, it's difficult to envisage them getting anything from this game. Therefore, Richarlison looks the more enticing prospect from an FPL perspective, even though he's priced a whole £1.3m higher than Zaha. 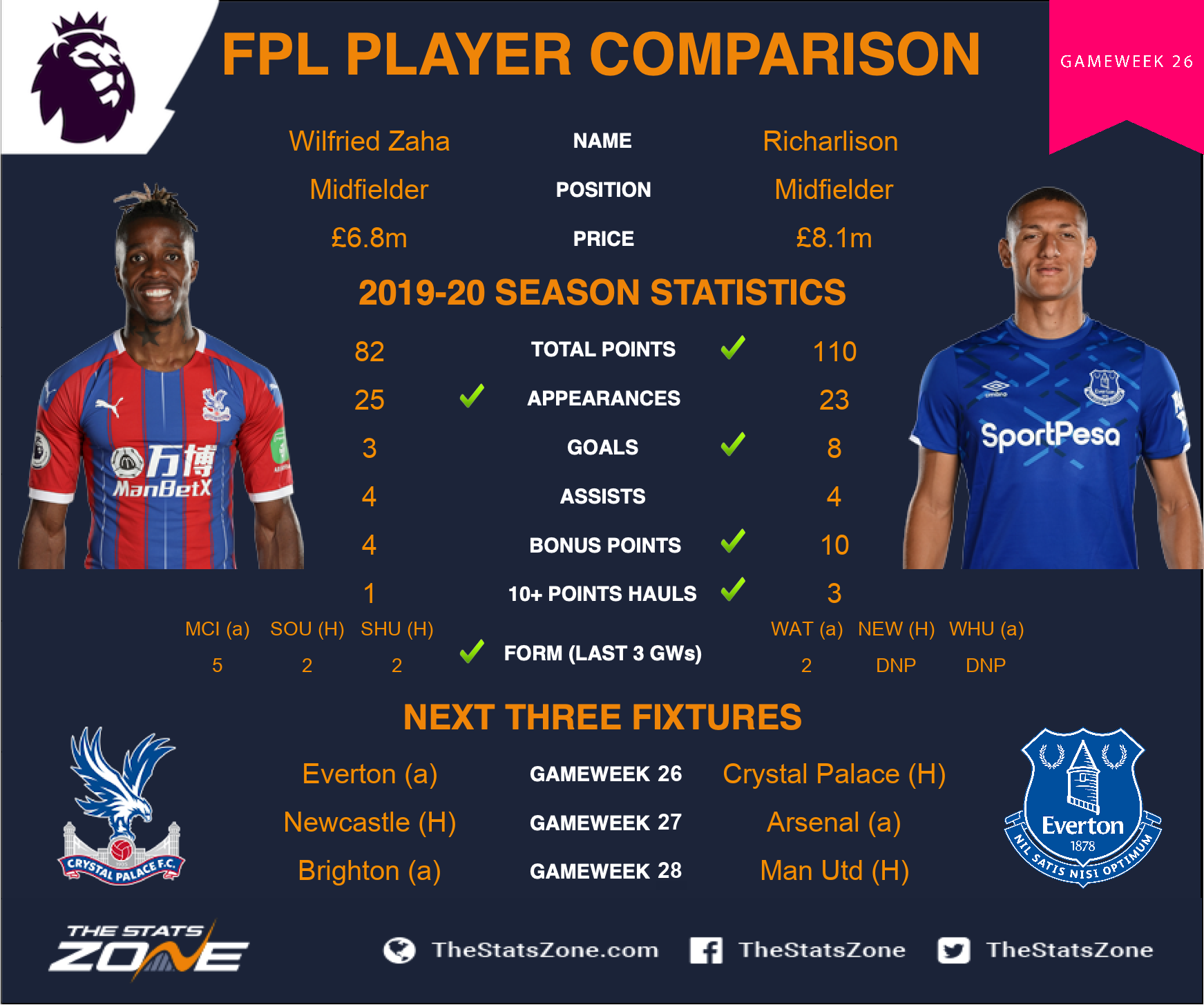