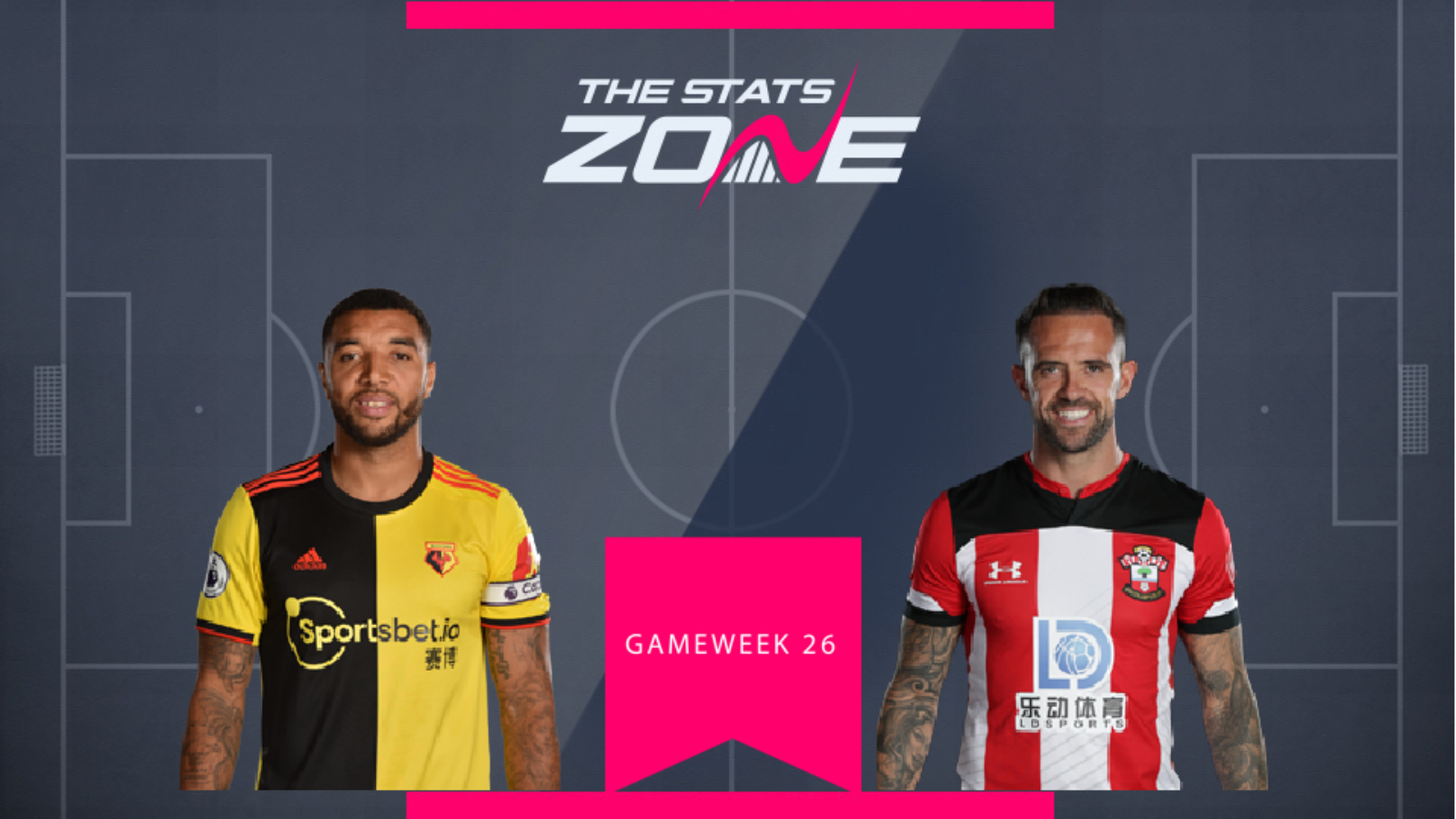 Watford's Troy Deeney (£6.3m) managed an assist at home to Everton in Gameweek 25 in what was ultimately a losing effort from the Hornets as they threw away a 2-0 lead to lose 2-3 to Everton. Deeney has now registered four goals and one assist in his last six gameweeks. Southampton's Danny Ings (£7.0m) hasn't scored for the Saints in their last three league games. However, one of those saw him only come off the bench and most recently against Liverpool he looked very dangerous and was denied a penalty despite appearing to be tripped in the area.

Watford travel to Brighton in Gameweek 26 in a crucial match between two sides fighting down the bottom of the table. Southampton host Burnley at St Mary's, with Ings having scored five goals in his last seven league appearances at home. Even when Ings doesn't score, rarely does a game go by where he isn't afforded a big opportunity to find the net and against a side who have conceded nine goals in that last five Premier League away games, we'd favour the Saints forward in this head-to-head. 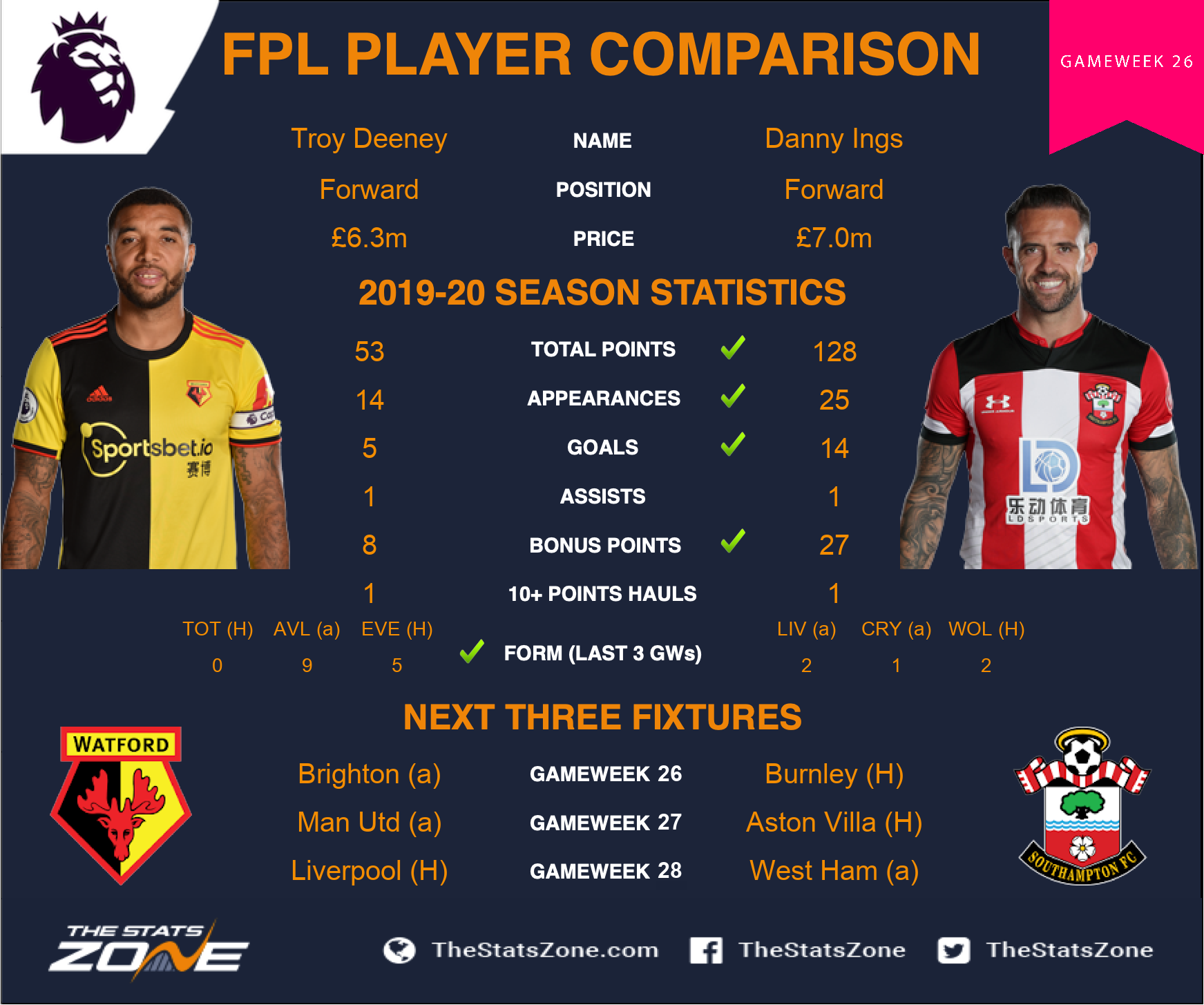