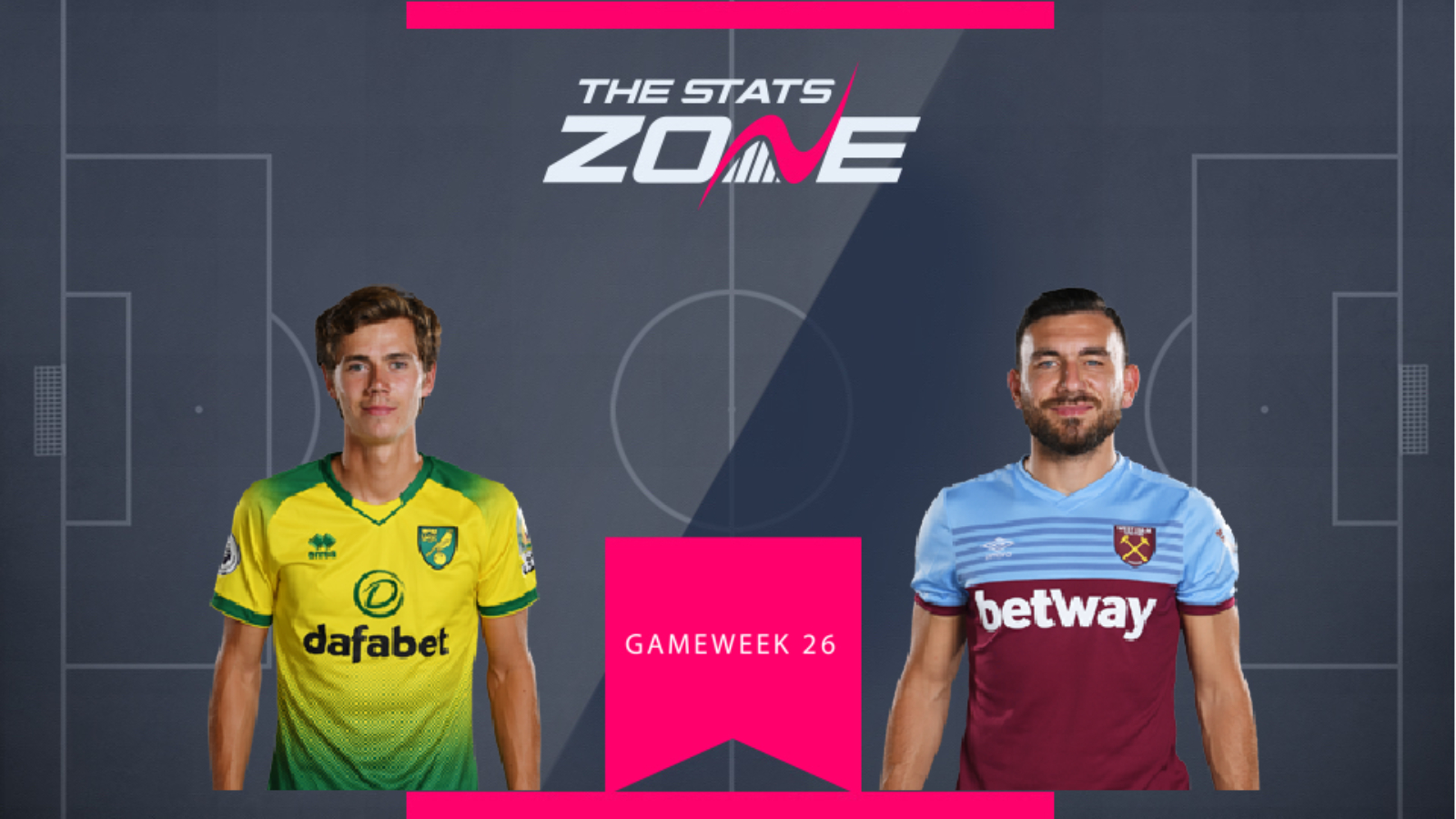 Todd Cantwell (£4.9m) is now without a goal or assist in Norwich’s last four matches and things do not get any easier as his side host runaway Premier League leaders Liverpool in Gameweek 26. He has been effective on home soil this season but Liverpool are on a ridiculous run of form and have kept nine clean sheets in their last 10 matches which does not bode well for Norwich and Cantwell.

Robert Snodgrass (£5.2m) rose to FPL prominence with an 18-point haul last week as he had a hand in all three West Ham goals against Brighton. The Scot found the back of the net twice and provided an assist which meant he scored more points than any other player in Gameweek 25. Whilst that level of output is expected to be a one-off, Snodgrass’ ability from set-pieces make him an interesting option and despite a trip to Man City in Gameweek 26, that ability from dead ball situations gives him the edge over Cantwell. 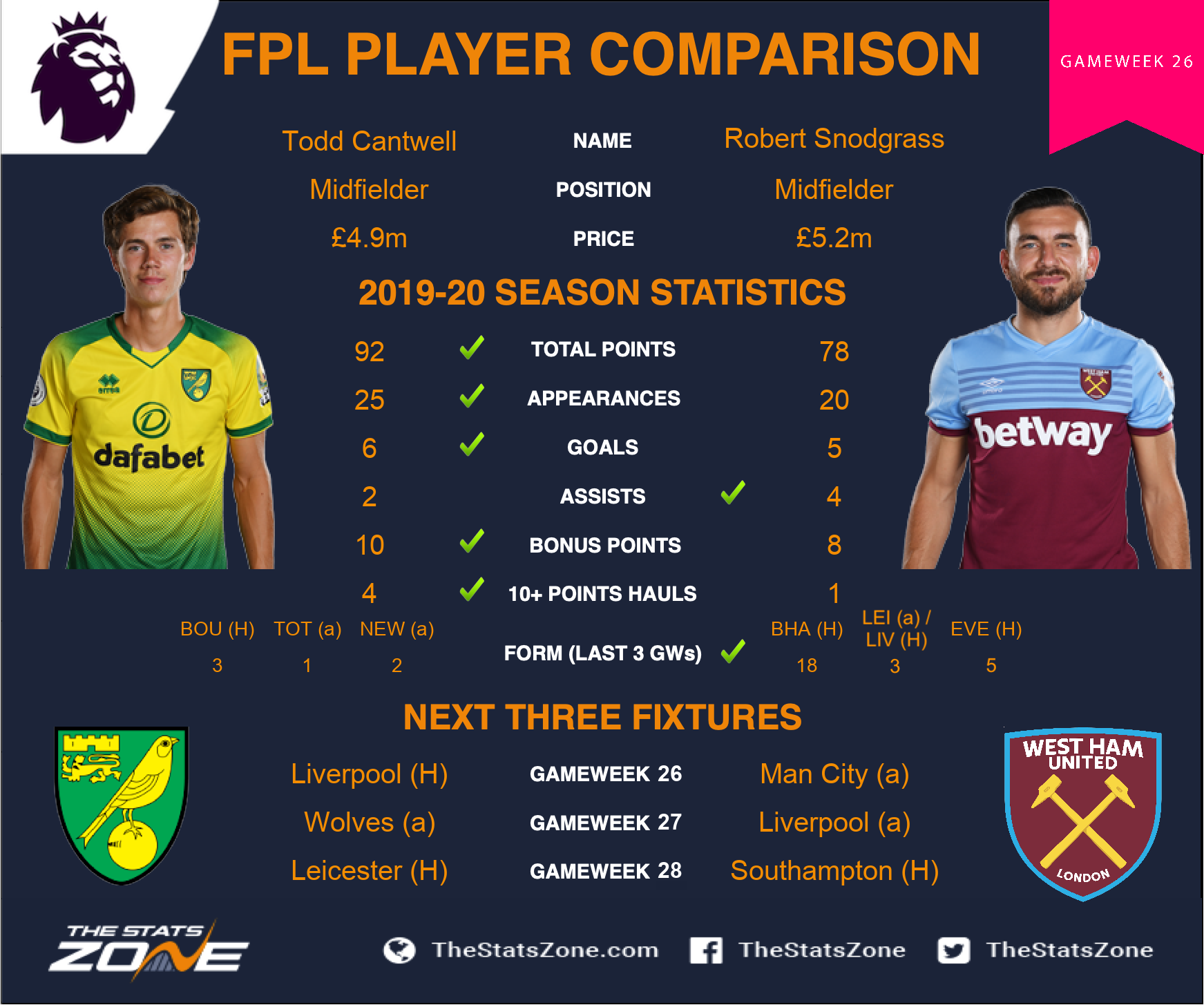