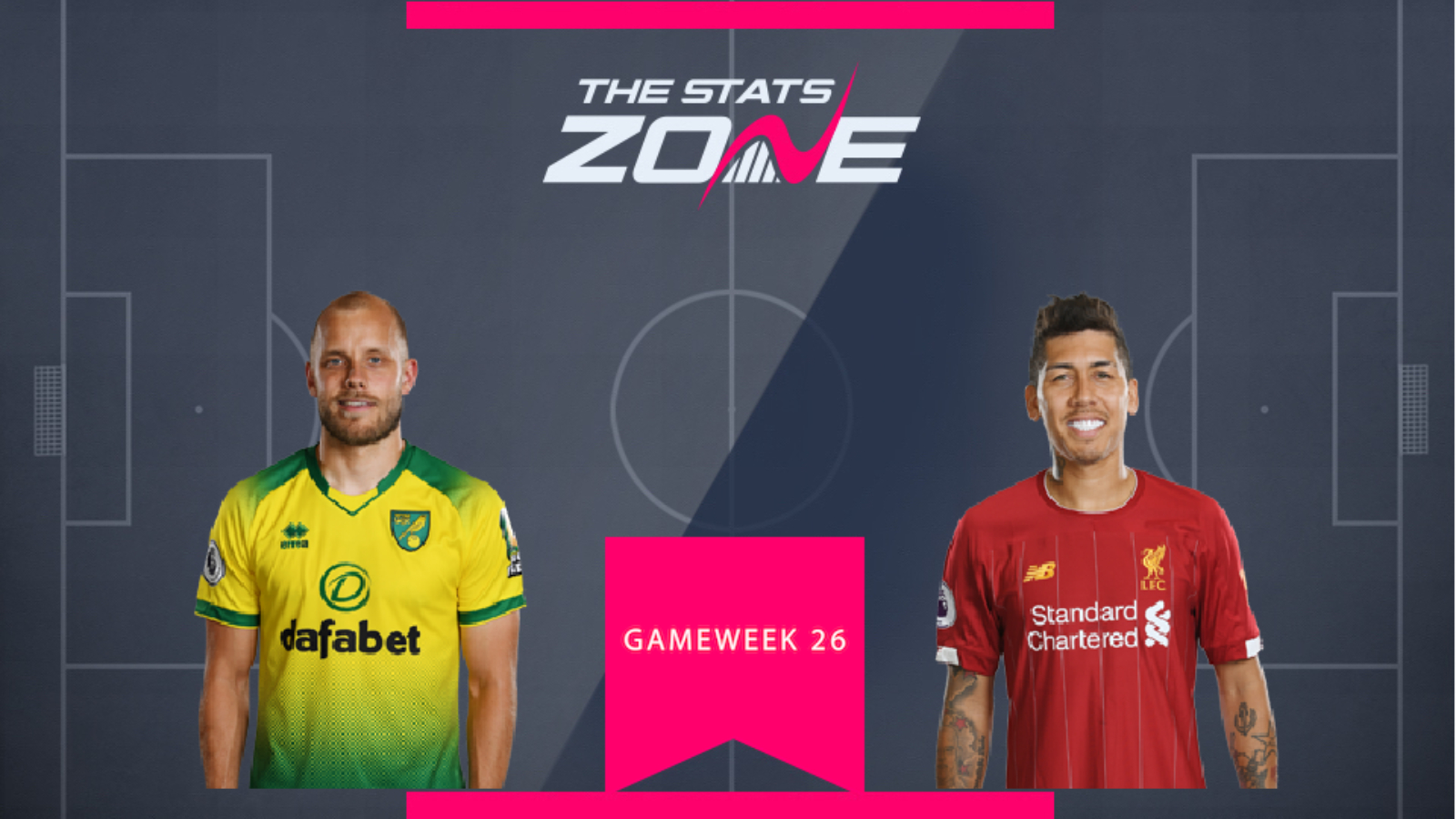 Norwich and Teemu Pukki (£6.5m) face a daunting task in Gameweek 25 as they come up against Premier League leaders Liverpool. Pukki has proven a success in the Premier League this season, making the step up from the Championship and scoring 11 league goals so far this campaign. However, he comes up against a Liverpool defence that have kept an astonishing nine clean sheets in their last ten league matches and it's difficult to envision him breaking the fortress that is the Reds' backline.

Liverpool forward Roberto Firmino (£9.7m) is in fantastic form, having registered five attacking returns (two goals and three assists) in his last five league matches. All eight league goals the Brazilian has scored this season have come away from home, which doesn't bode well for a Norwich side who were beaten 4-1 by the Reds back at Anfield on the opening night of this season's Premier League campaign. 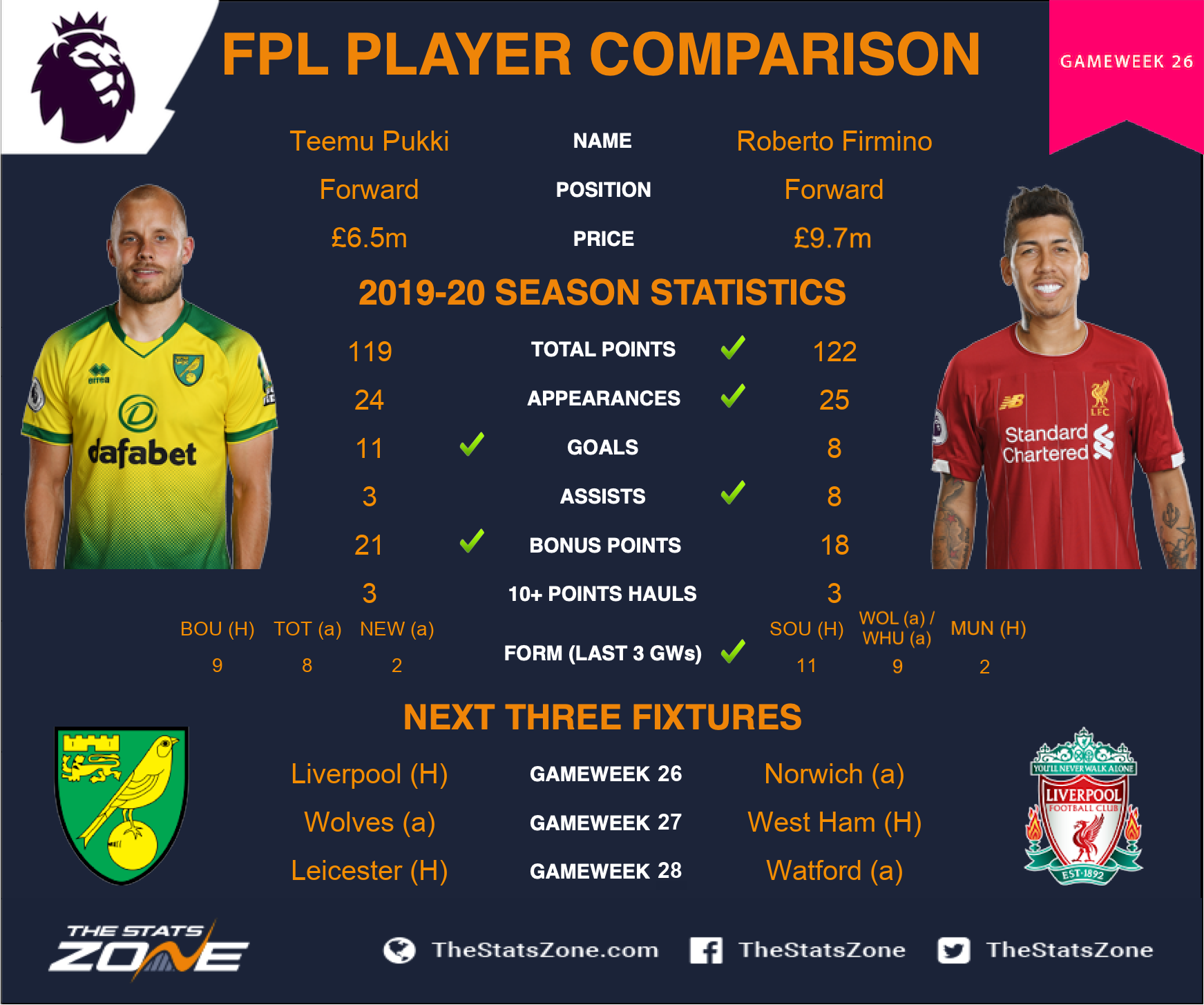