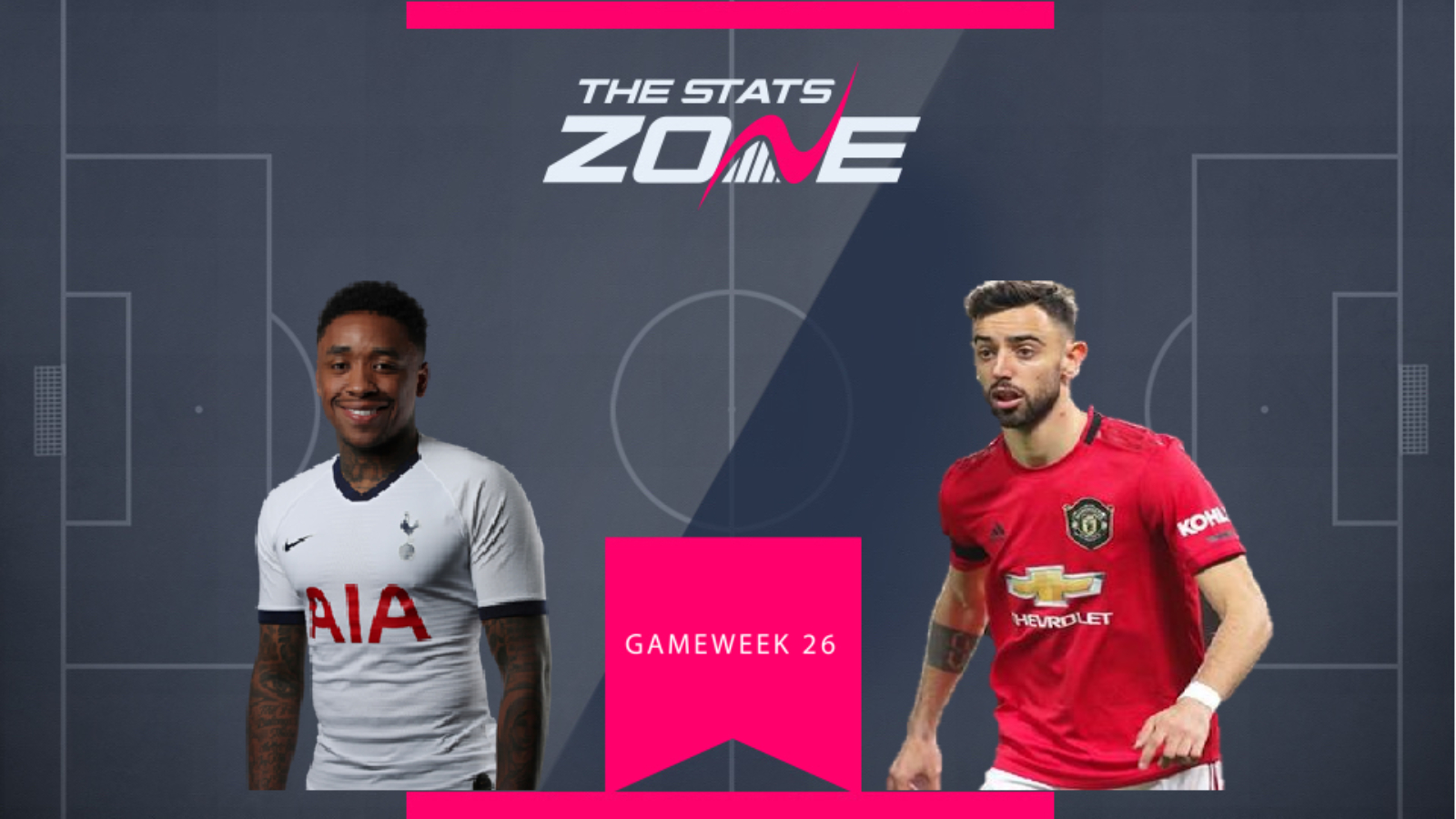 Steven Bergwijn (£7.5m) and Bruno Fernandes (£8.0m) both made their Premier League bow in Gameweek 25 and will be keen to build on their opening displays. Bergwijn gave Spurs’ attack a new dimension as his pace caused plenty of problems for Man City and his performance was rewarded with a superb goal which handed him a total of 10 FPL points. He was allowed the freedom to get into the box from a wide position and looks like he will be a real handful.

Bruno Fernandes did well on his Man Utd debut and looked like he will provide a good link from the midfield to a struggling forward line. The Portuguese man is likely to get into advanced positions for his new side and could pose an additional threat from set-pieces too, which is an added bonus. However, with Man Utd travelling to Chelsea in Gameweek 26 and Spurs facing Aston Villa away from home, Bergwijn has the more appealing fixture and at £0.5m cheaper, it is the Spurs man that gets the nod here. 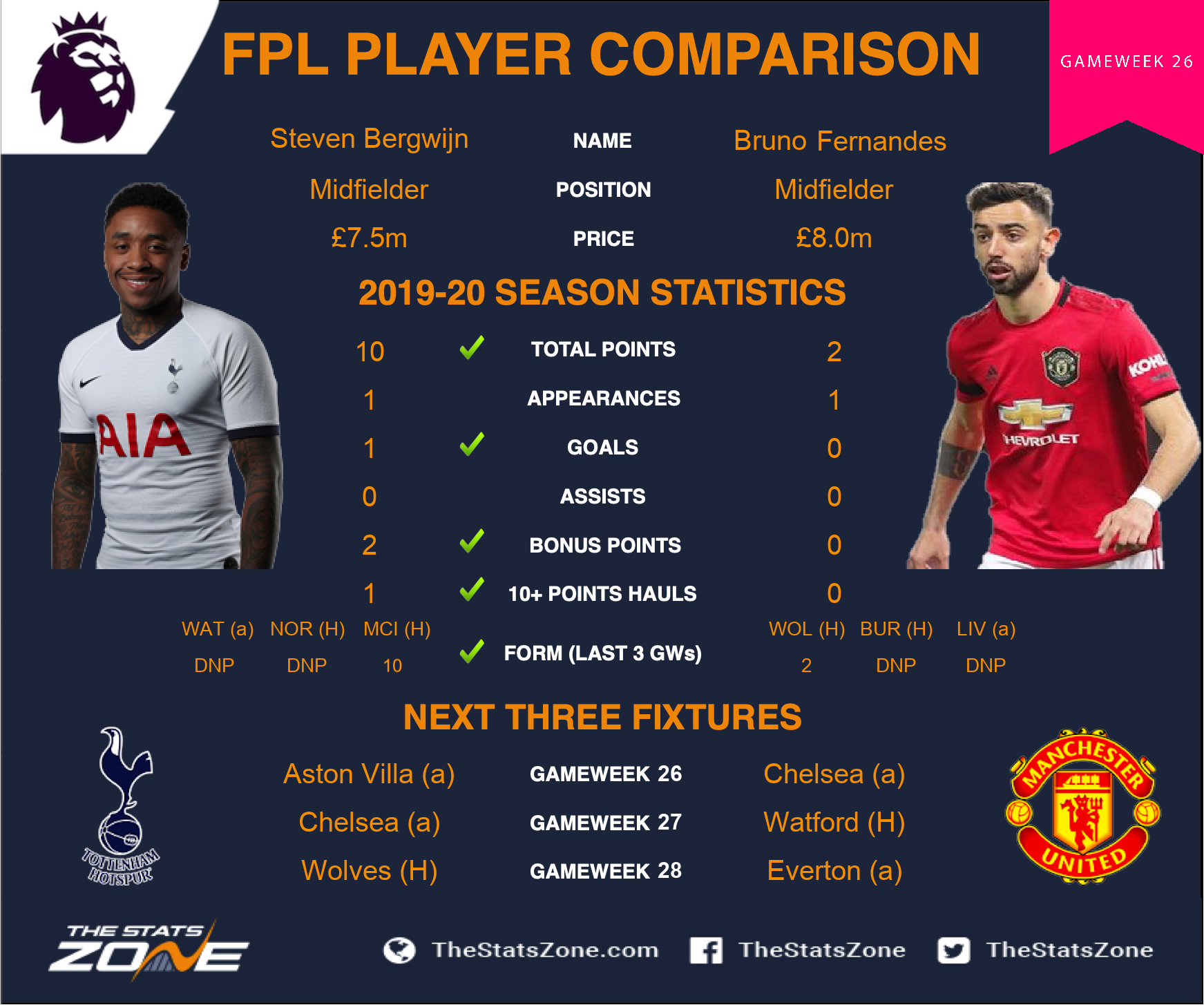