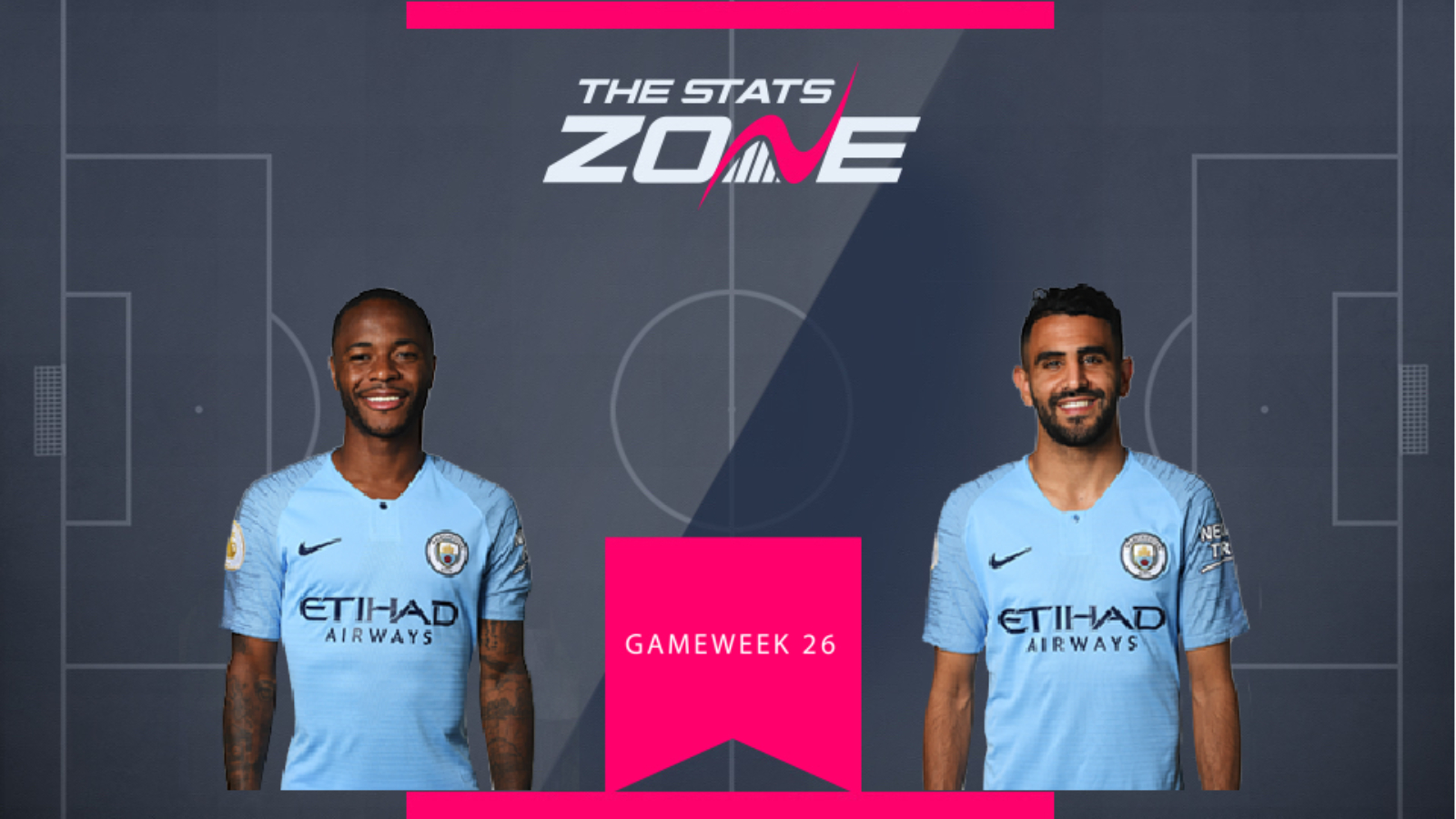 Raheem Sterling (£11.7m) is on a poor run of form and it did not get any better for him in Man City’s loss to Spurs in Gameweek 25. The forward could be in need of a rest which may come in Gameweek 26 ahead of the winter break as Pep Guardiola attempts to fix his side’s issues but Sterling also collecting a hamstring strain towards the end of the contest with Spurs, and his availability could be in doubt regardless.

If Sterling is in fact injured or rested, Riyad Mahrez (£8.5m) could be the man to benefit. He has failed to back-up the 17-point haul he secured in Gameweek 22 against Aston Villa but with 112 points from just 1261 minutes, Mahrez has a superb minutes-to-points ratio. A home game against a poor West Ham side could be just the tonic for Man City as they bid to get back to the form they showed in that six-goal performance against Villa and with Sterling’s form coupled with doubts over whether he will even feature, Mahrez can be the man to plug the gap and bring in a decent total against the Hammers. 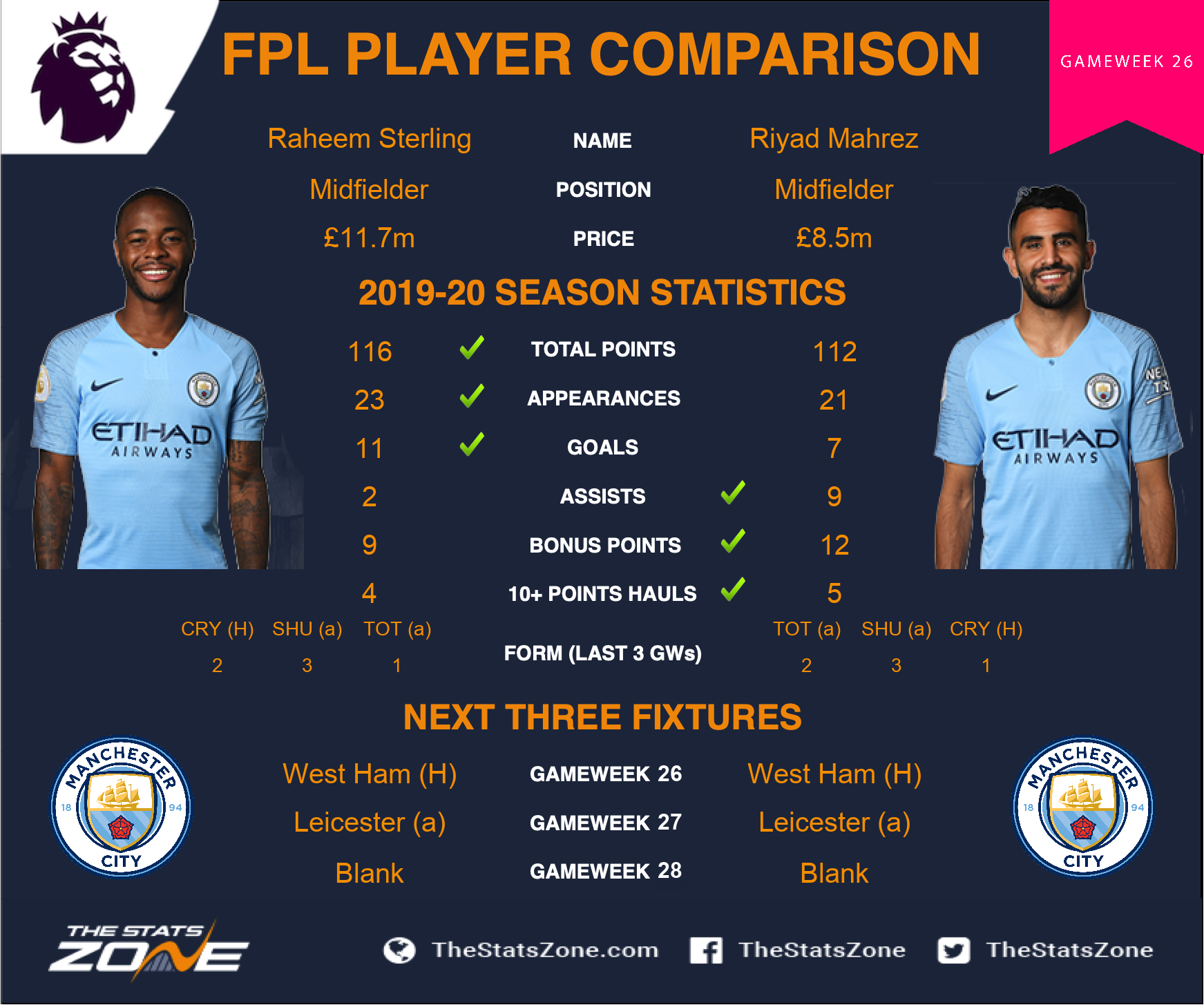