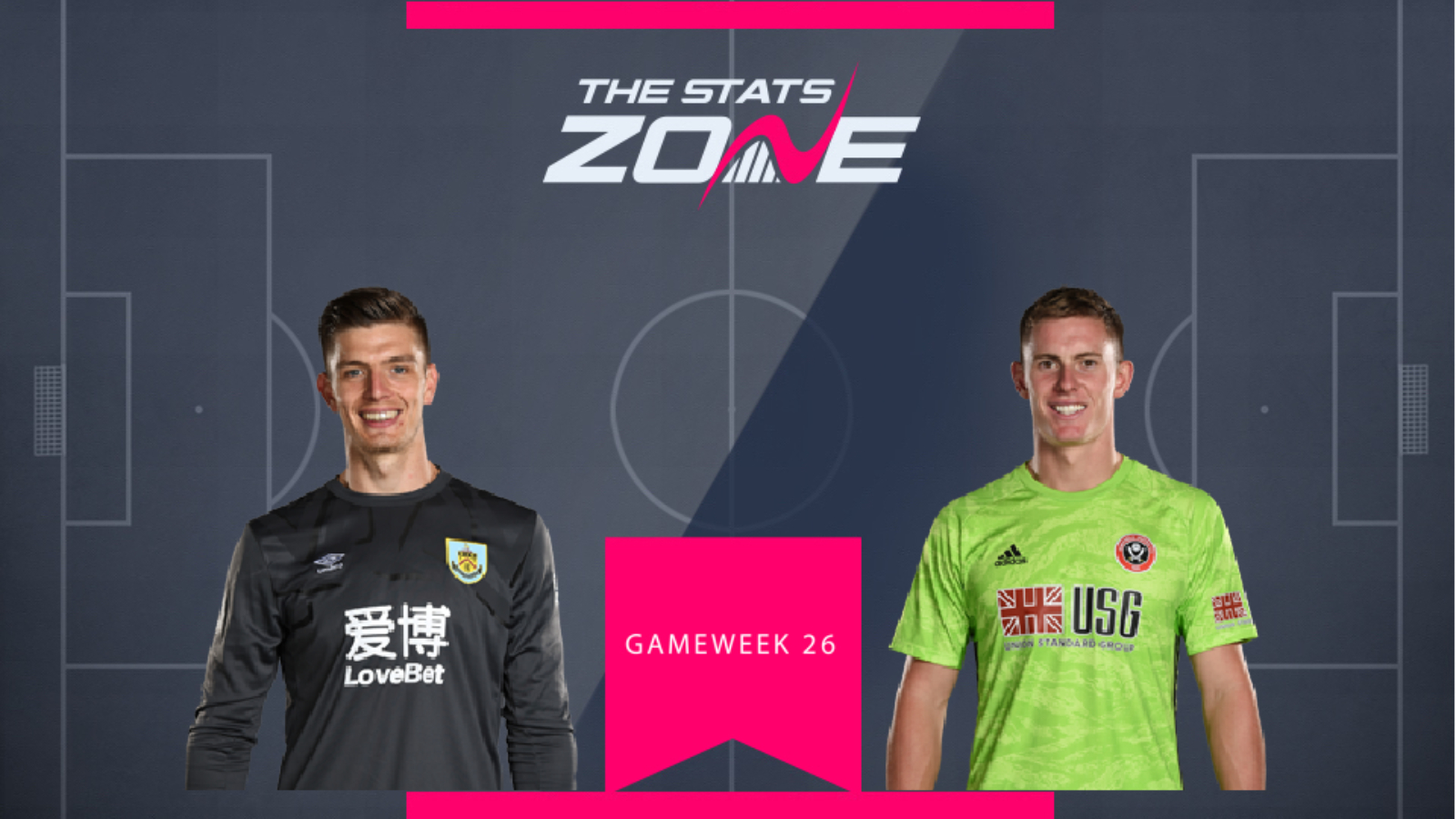 Despite a tough run of fixtures on paper, Burnley keeper Nick Pope (£4.6m) has defied the odds and only conceded one goal over the past three gameweeks, accruing 28 FPL points in the process. Those past three matches have seen Pope make a total of 16 saves including one penalty save against Leicester in Gameweek 23. He has kept clean sheets in his last two successive league games.

The only keeper currently accumulating FPL points with as much regularity as Pope is Sheffield Utd stopper Dean Henderson (£5.0m), who has not only conceded just two goals in his last four matches but, like Pope, has a penalty save after he denied Man City's Ilkay Gundogan in Gameweek 24. He has banked 30 FPL points from the last four gameweeks.

The fixtures favour Henderson in Gameweek 26. Pope's Burnley travel to a Southampton side who have racked up 13 goals in their previous eight league games, while Sheffield Utd host Bournemouth, who have failed to score in their last three games on the road. He is priced slightly higher, but with the far better fixture on paper, Henderson gets the nod for us here. 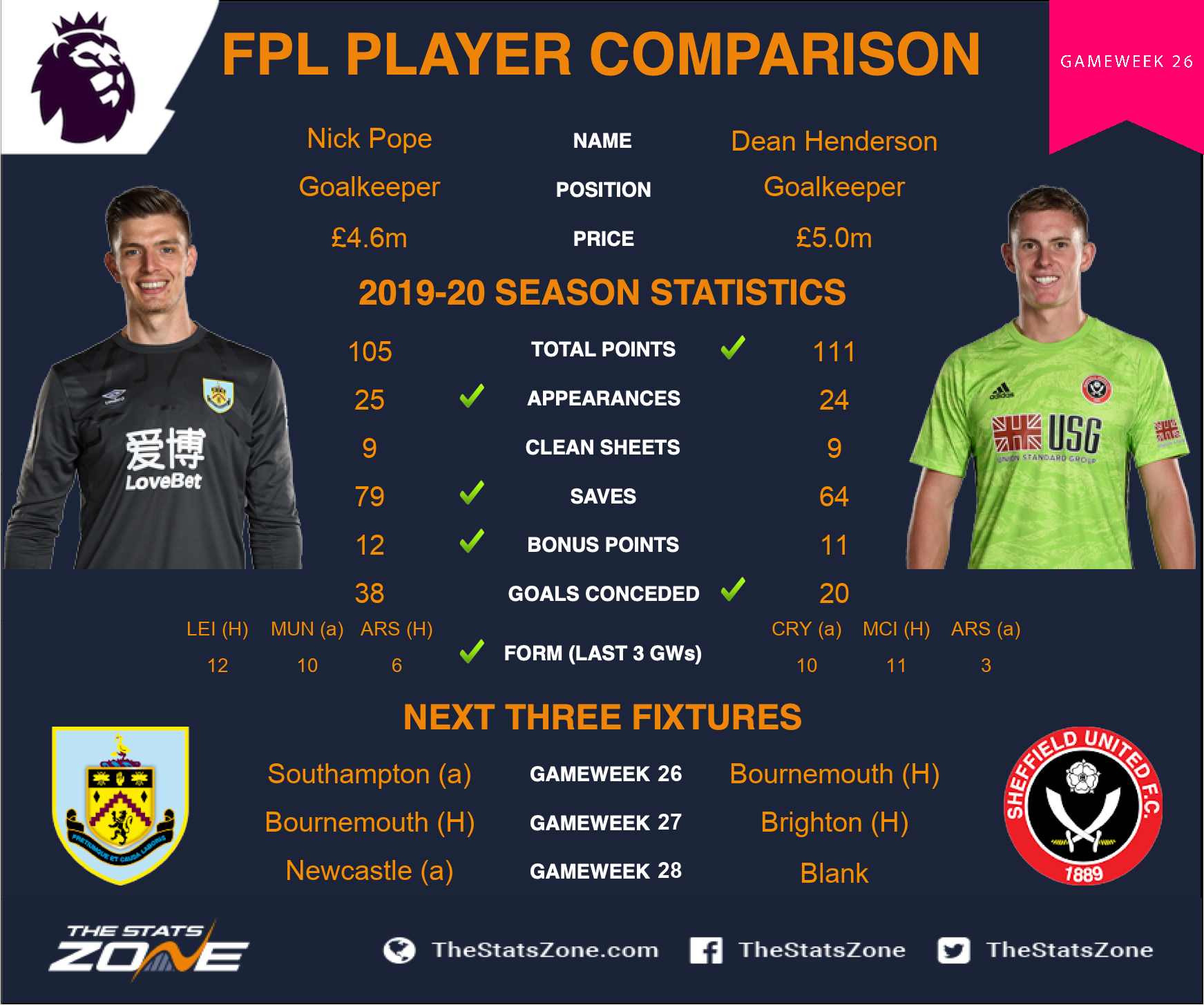