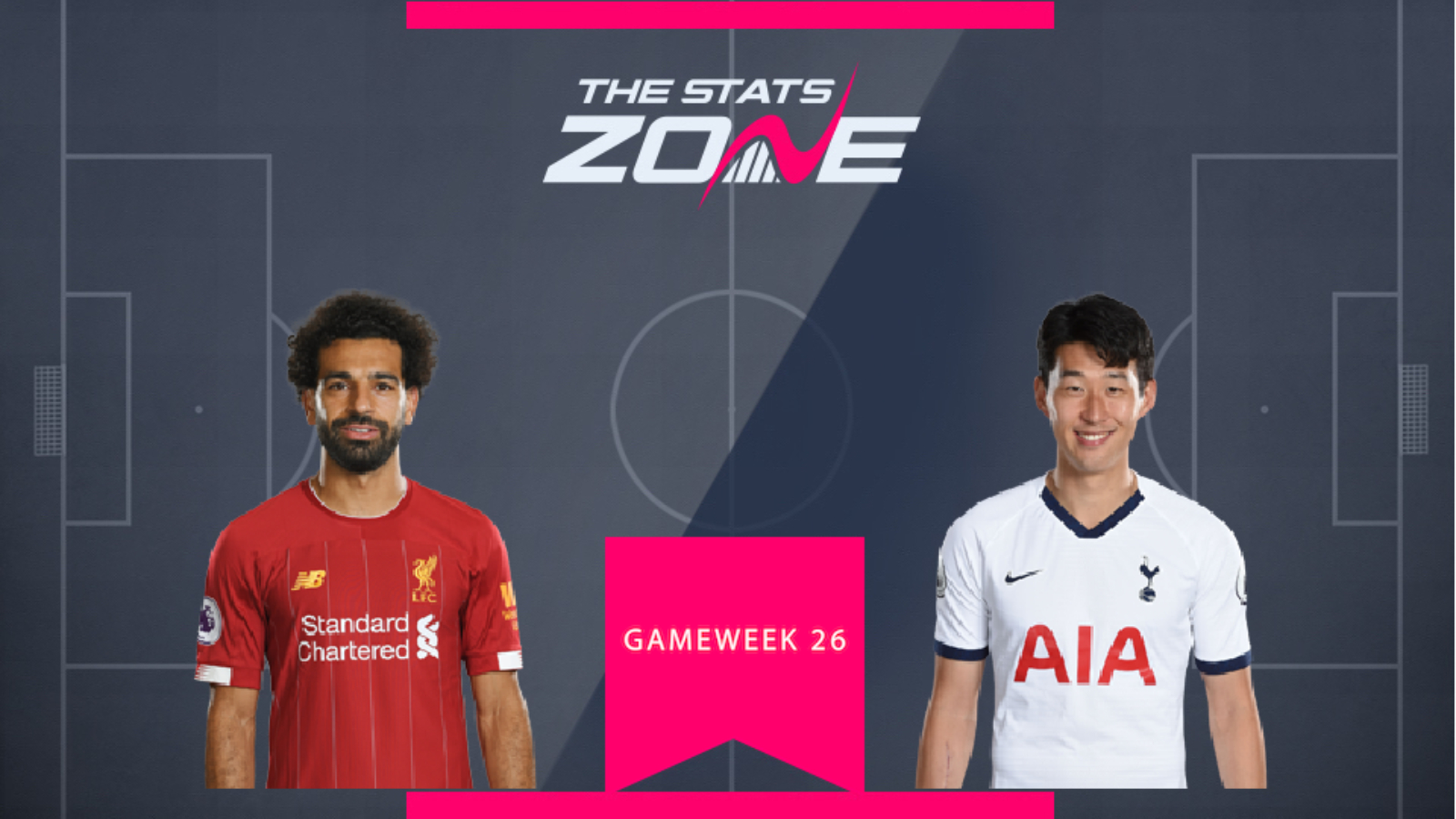 Mo Salah (£12.7m) is a man in form and currently worth his weight in FPL gold. The Egyptian scored twice in Liverpool's 4-0 win over Southampton in Gameweek 25, making it 14 league goals for the season, including five goals and two assists in his last six matches. Salah has accrued a whopping 32 FPL points from his last two gameweeks. Meanwhile, Spurs' Heung-Min Son (£10.0m) has quietly come into some form himself, with the South Korean midfielder having scored in successive Premier League games, racking up 15 FPL points in that period.

It's impossible to look beyond Salah in his current form, facing bottom of the table Norwich, who Liverpool beat 4-1 at Anfield. Salah recorded a goal and assist in that game and we wouldn't look beyond him doing the same in this game and it is difficult to see Son outscoring Salah from an FPL perspective. 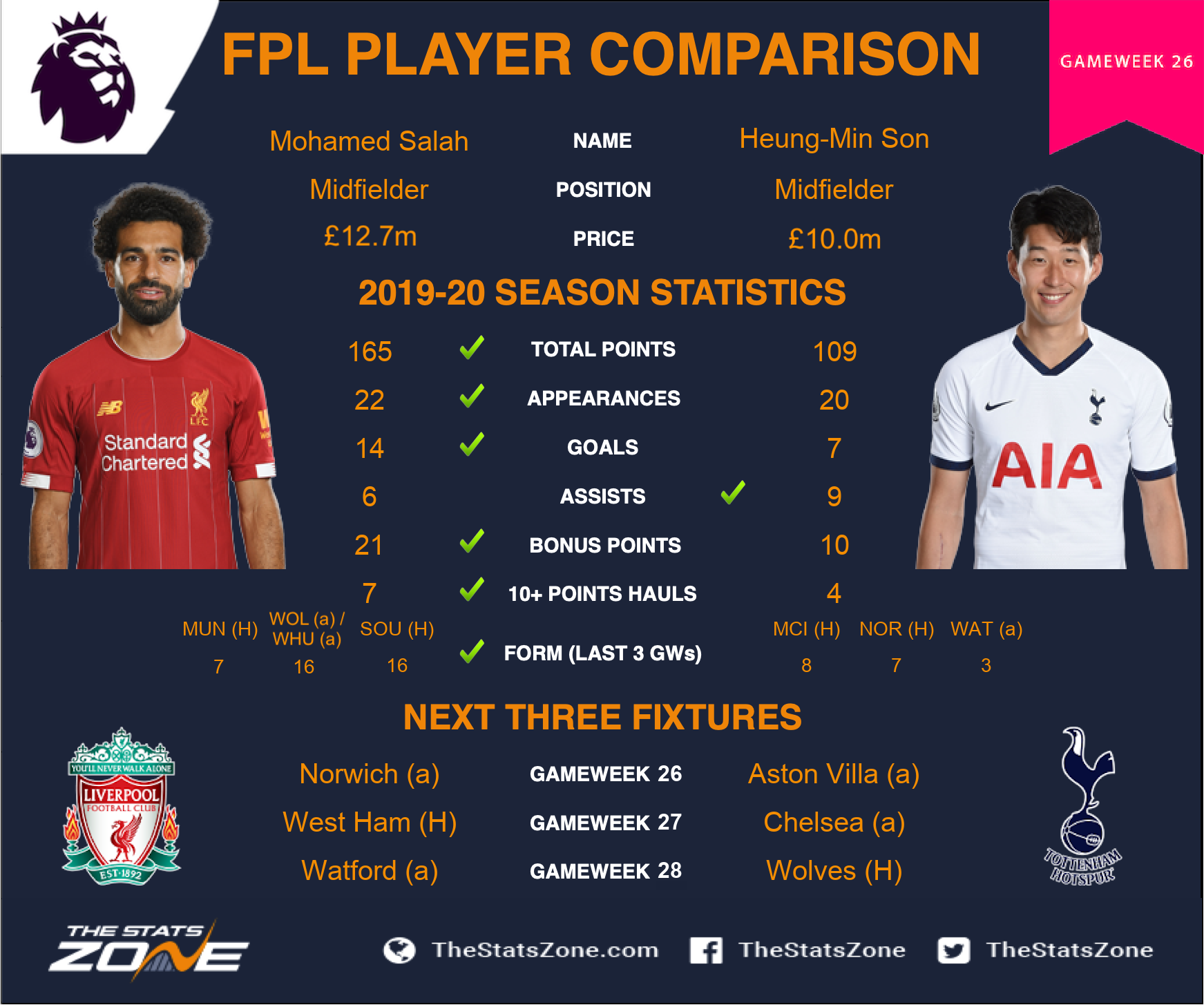