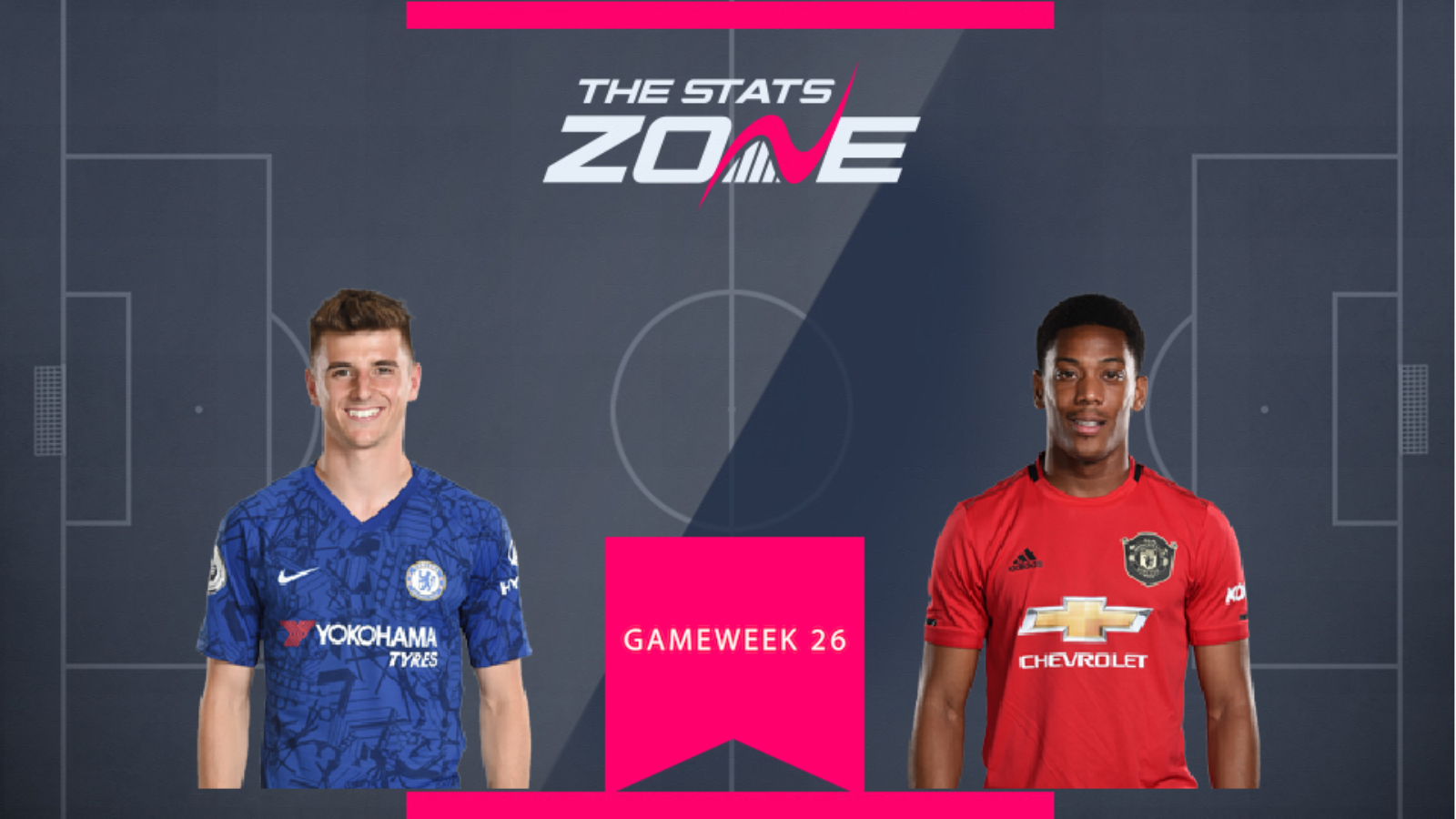 Chelsea saw a welcome return to form for Mason Mount (£6.1m) with two assists and an overall score of 10 FPL points in their 2-2 draw away to Leicester in Gameweek 25. Whilst Mount returned to form, Man Utd's Anthony Martial (£7.9m) continues to struggle with the Frenchman now having gone three games without finding the net after United's 0-0 draw at home to Wolves in Gameweek 25.

Chelsea have failed to keep a clean sheet in their last three Premier League matches, conceding five goals in that period, which could bode well for Martial. Whilst he may be struggling at present, the midfielder plays in a far more advanced role than Mount and with Man Utd's signing of Bruno Fernandes, this could lead to Martial being afforded more chances against Chelsea, providing Fernandes plays in the number ten role. 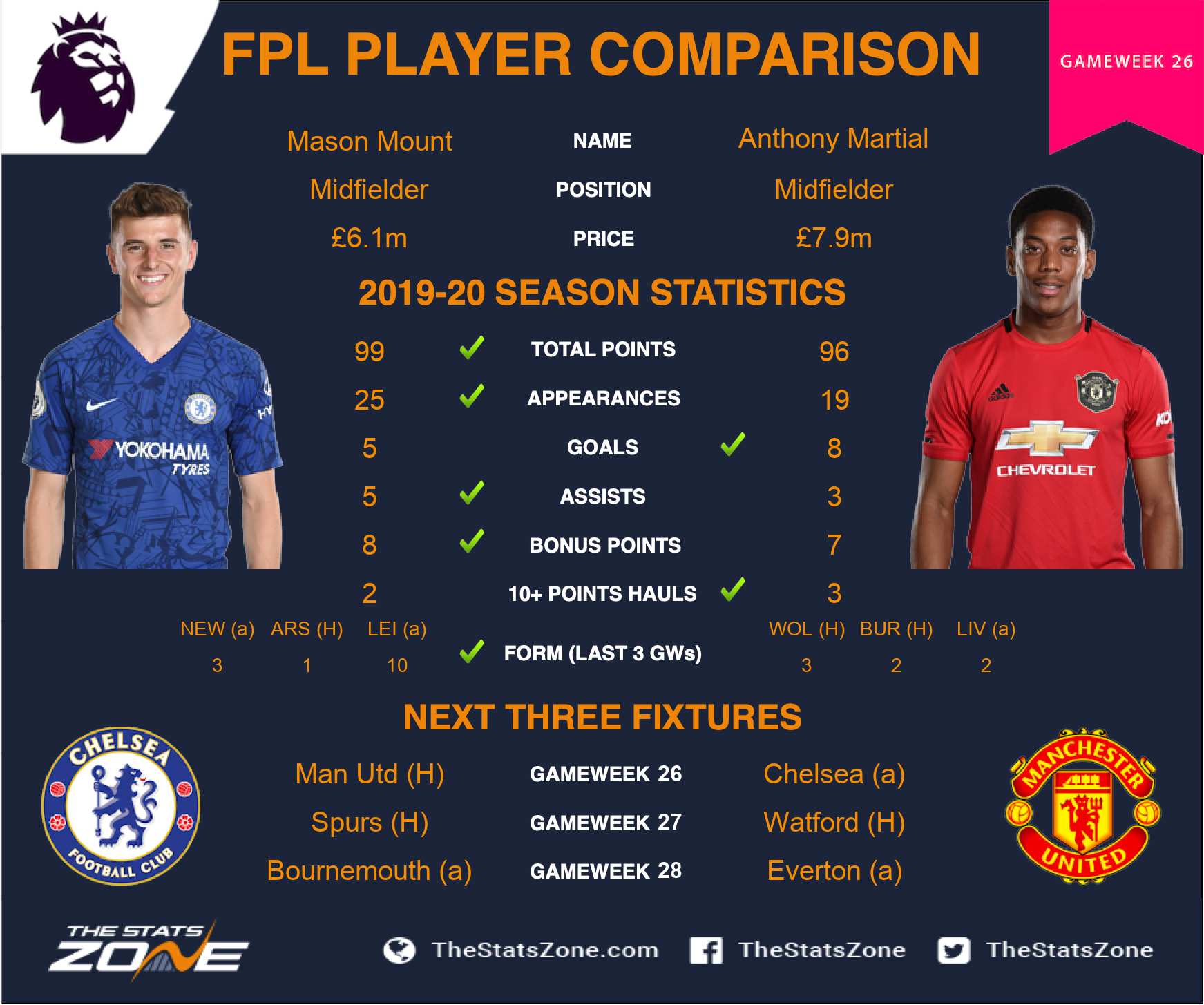