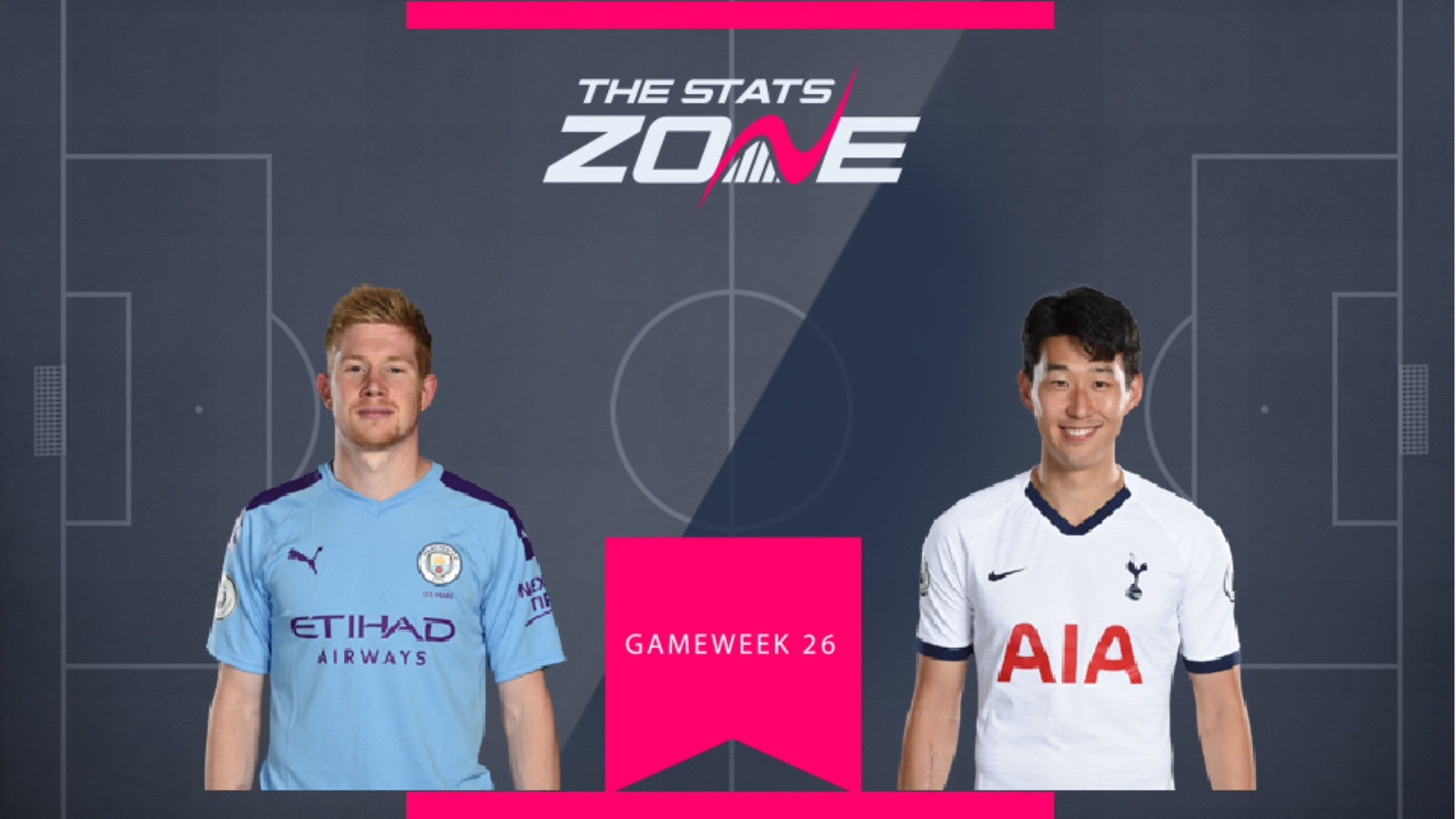 It was frustration for Kevin De Bruyne (£10.7m) and delight for Heung-Min Son (£9.9m) in Gameweek 25 as the two midfielders locked horns at the Tottenham Hotspur Stadium. Whilst De Bruyne failed to register an attacking return for Man City, despite coming close to both scoring and assisting on a number of occasions, Son struck home Spurs' second goal to put the game to bed. A 2-0 win flattered Spurs, but it was a classic Mourinho masterclass as they ruthlessly took advantage of Man City's reduction to ten men in the second half.

With the Premier League surely out of reach now, Man City must work hard to motivate themselves for Gameweek 26, which sees them host a struggling West Ham. De Bruyne has accumulated 79 FPL points in 11 home league games in which he has started, but he has blanked in his last two fixtures at the Etihad Stadium. Son meanwhile has not scored in the Premier League away from home since Gameweek 13. Despite a couple of recent blips, we're backing De Bruyne to get back to his best in Gameweek 26, with a couple of attacking returns. 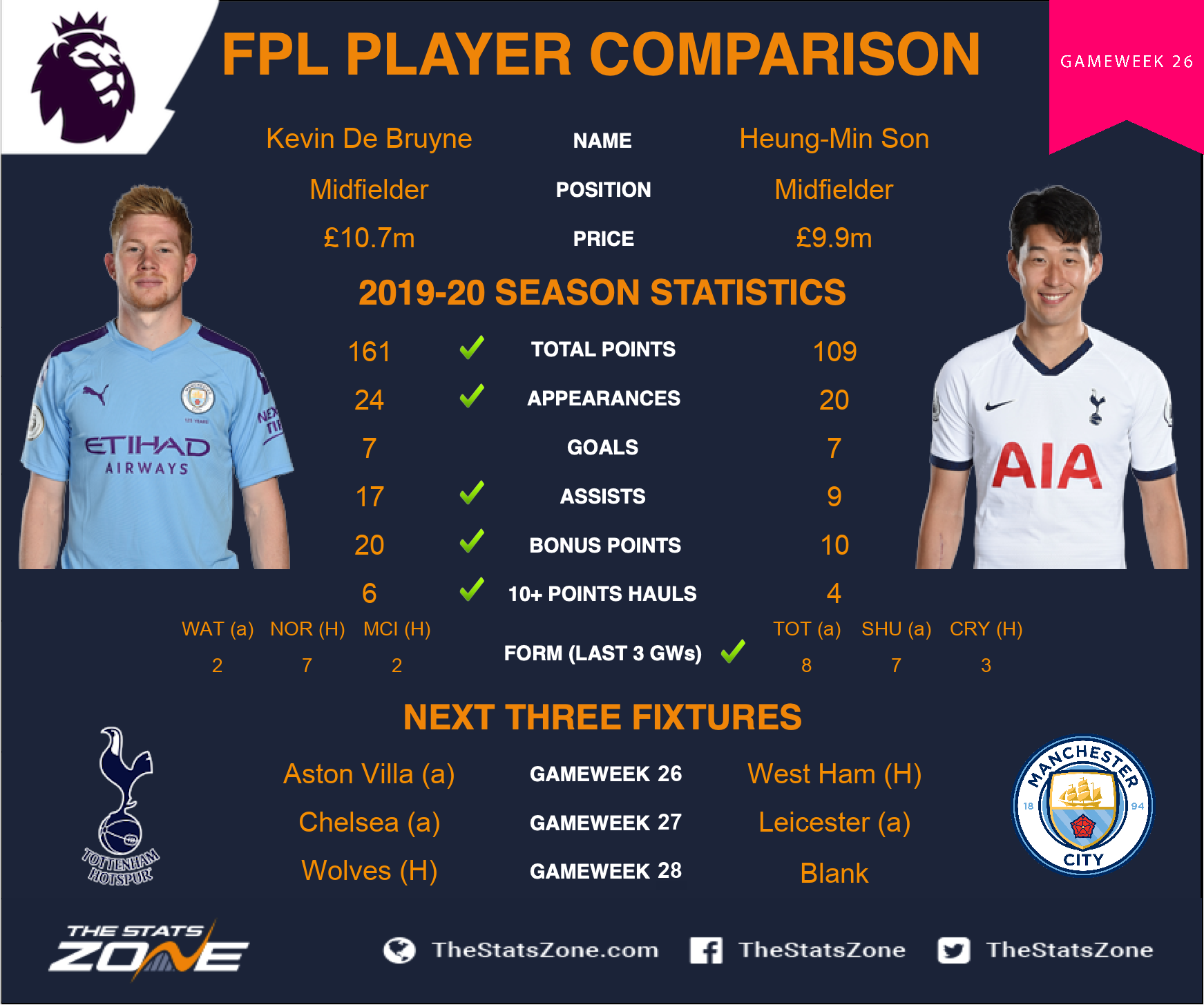