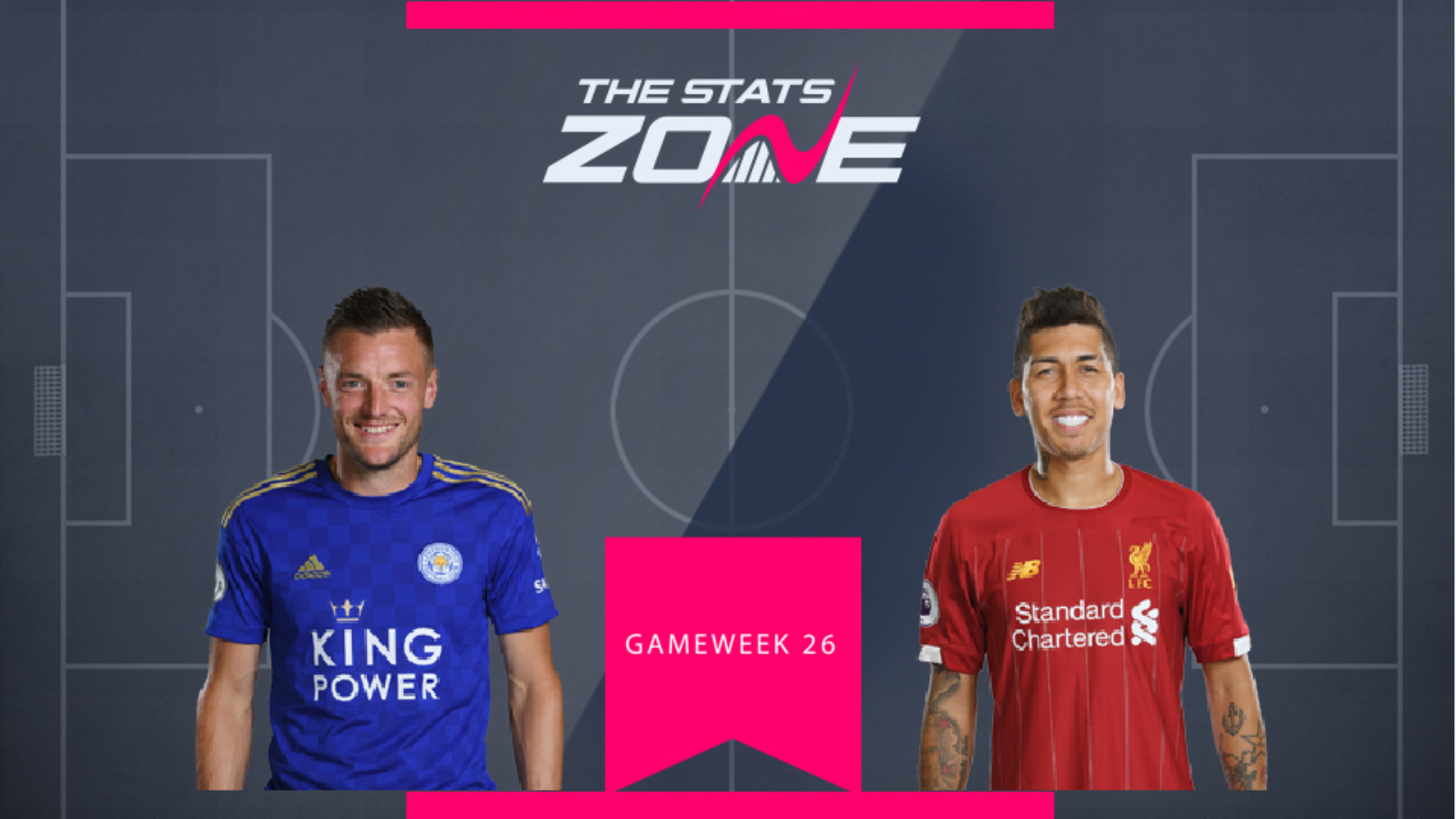 Gameweek 25 brought further frustration for Jamie Vardy (£9.9m) as he once again failed to find the net. He remains the top Premier League goalscorer this season on 17, but hasn't scored since all the way back in Gameweek 18 against Man City as a combination of injury and lack of sharpness in front of goal has taken its toll on the Leicester forward.

Roberto Firmino (£9.7m) may not score the goals you'd expect of a forward in the team currently top of the Premier League by a margin of 22 points. However, his value to the side cannot be understated as he continuously chips in with goals and assists. He provided three assists in Gameweek 25 in a 4-0 Liverpool win and has accrued 31 FPL points in his last four gameweeks with a total of two goals and three assists during that period.

Leicester are away to Wolves in Gameweek 26 in what looks a difficult fixture for Vardy as the Foxes failed to break the Black Country side down in the return match back in Gameweek 1. Liverpool meanwhile travel to rock-bottom Norwich and with Firmino having scored all eight of his Premier League goals away from home this season, he is comfortably the stand-out choice in this head-to-head. 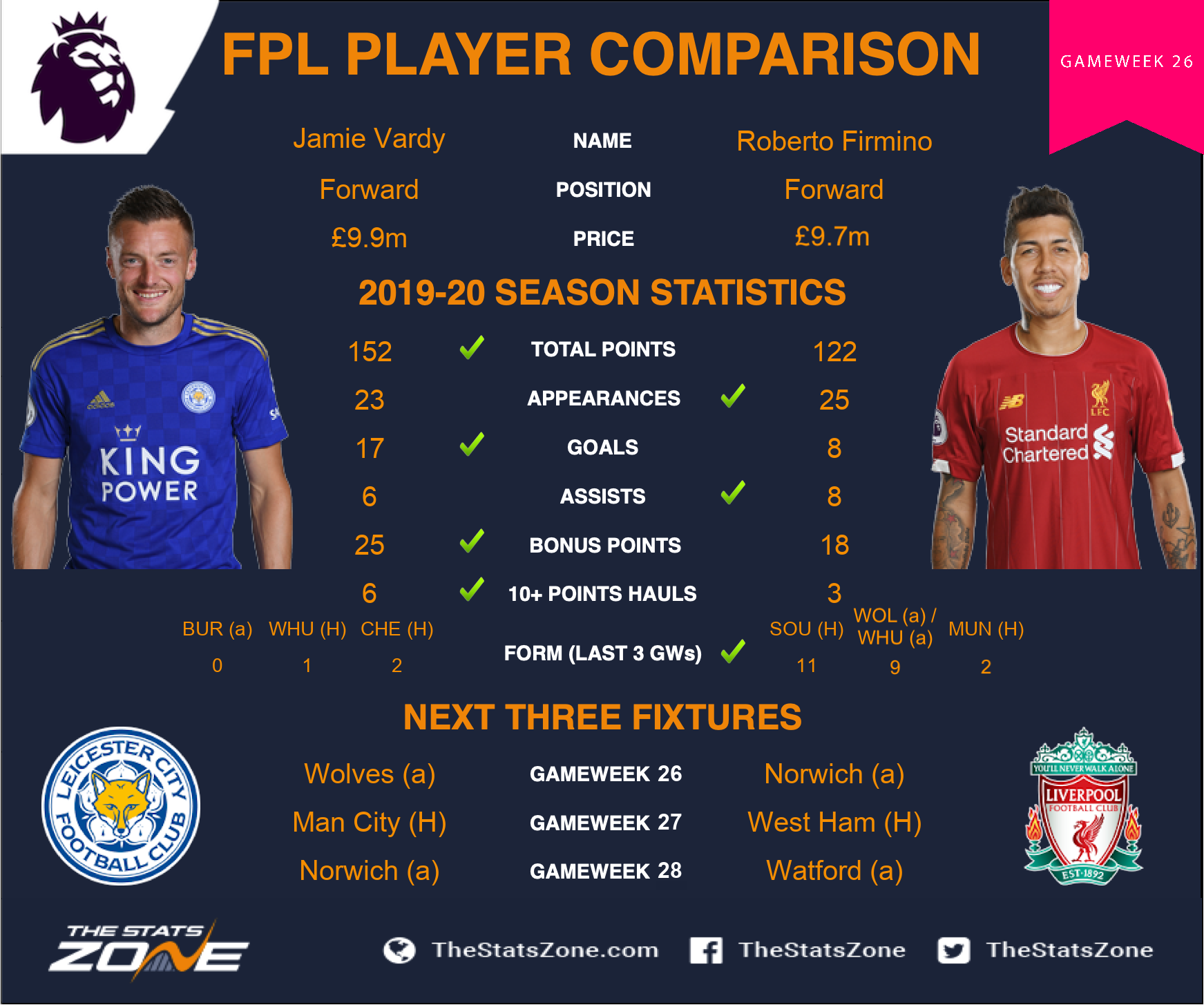