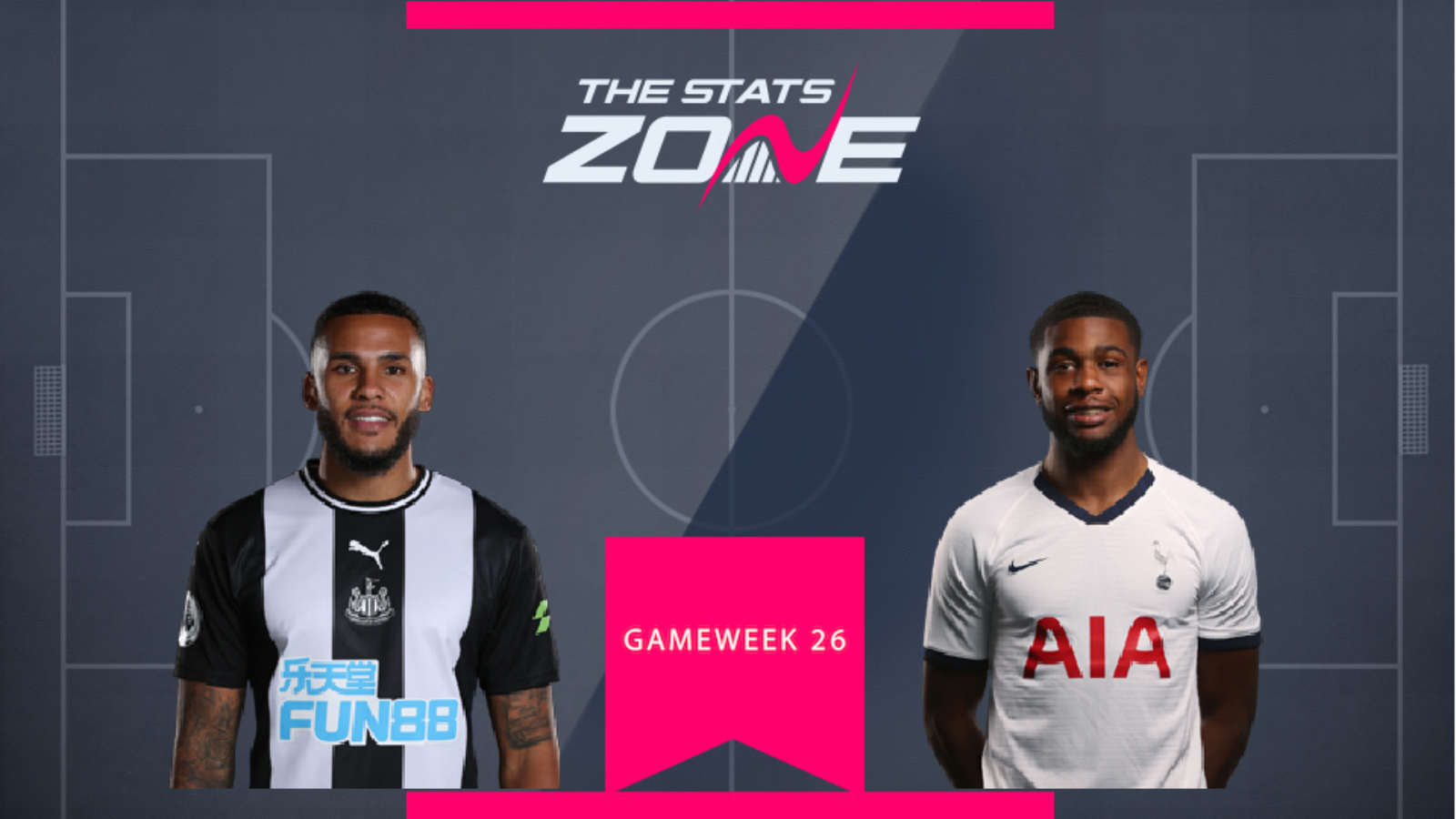 The return to action of Newcastle captain Jamaal Lascelles (£4.2m) has coincided with the Magpies keeping two clean sheets from their last three Premier League matches. However, both those games were at St James' Park and it's a trip to Arsenal that faces Newcastle in Gameweek 26. For Spurs youngster Japhet Tanganga (£4.1m), a trip to Aston Villa awaits, fresh off the back of a superb 2-0 victory at home to Man City in Gameweek 25.

Arsenal are not at their fluent best under new manager Mikel Arteta having drawn 0-0 away at Burnley in Gameweek 25. Back at the Emirates Stadium however, Arsenal should prove a more ruthless outfit against Lascelles and Newcastle. After starting in such a fantastic win in Spurs' last league match, Tanganga should keep his spot away at Aston Villa and with the North London outfit having kept two clean sheets in their last three league games, Tanganga has a decent chance of gaining another healthy amount of FPL points here. 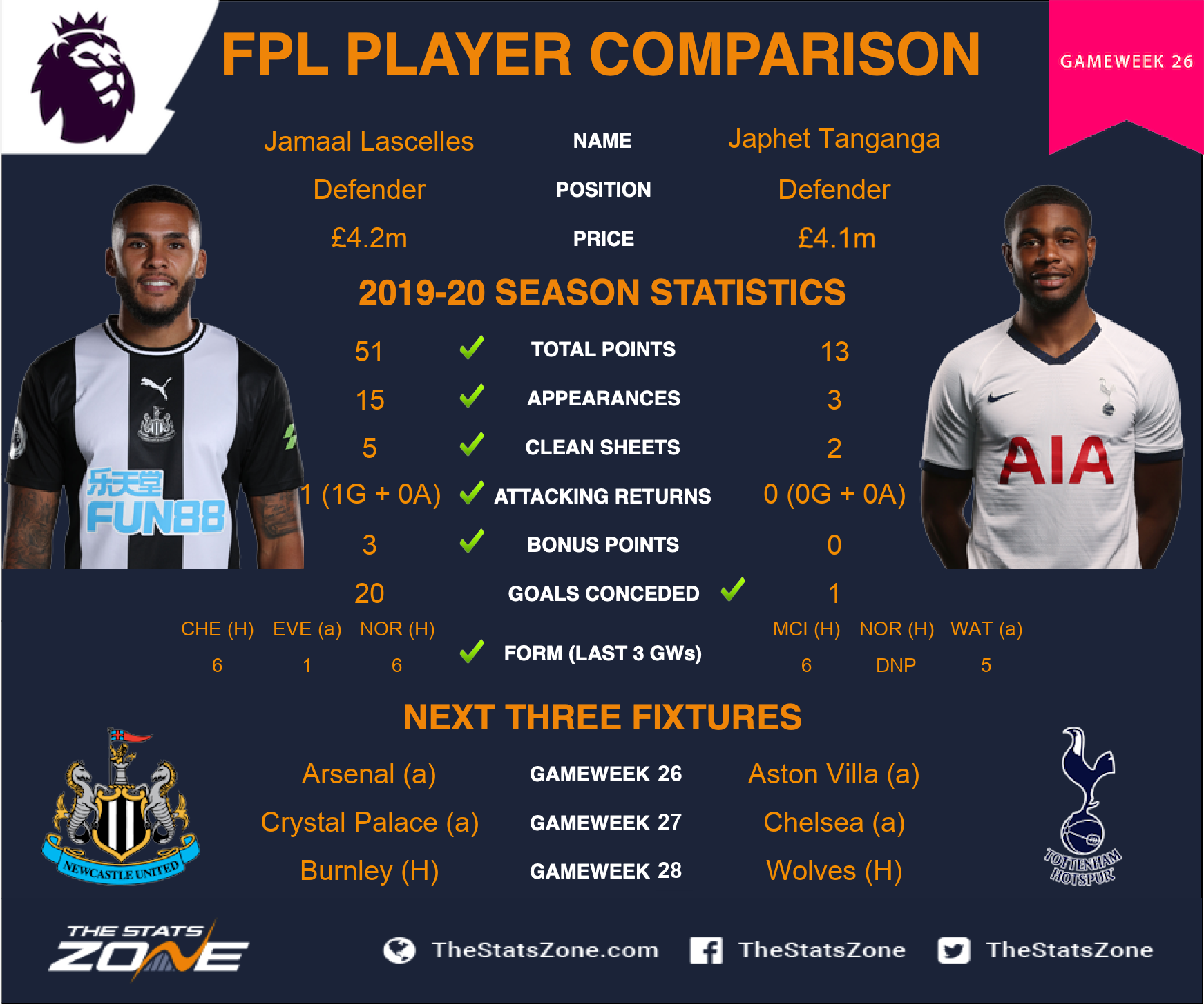