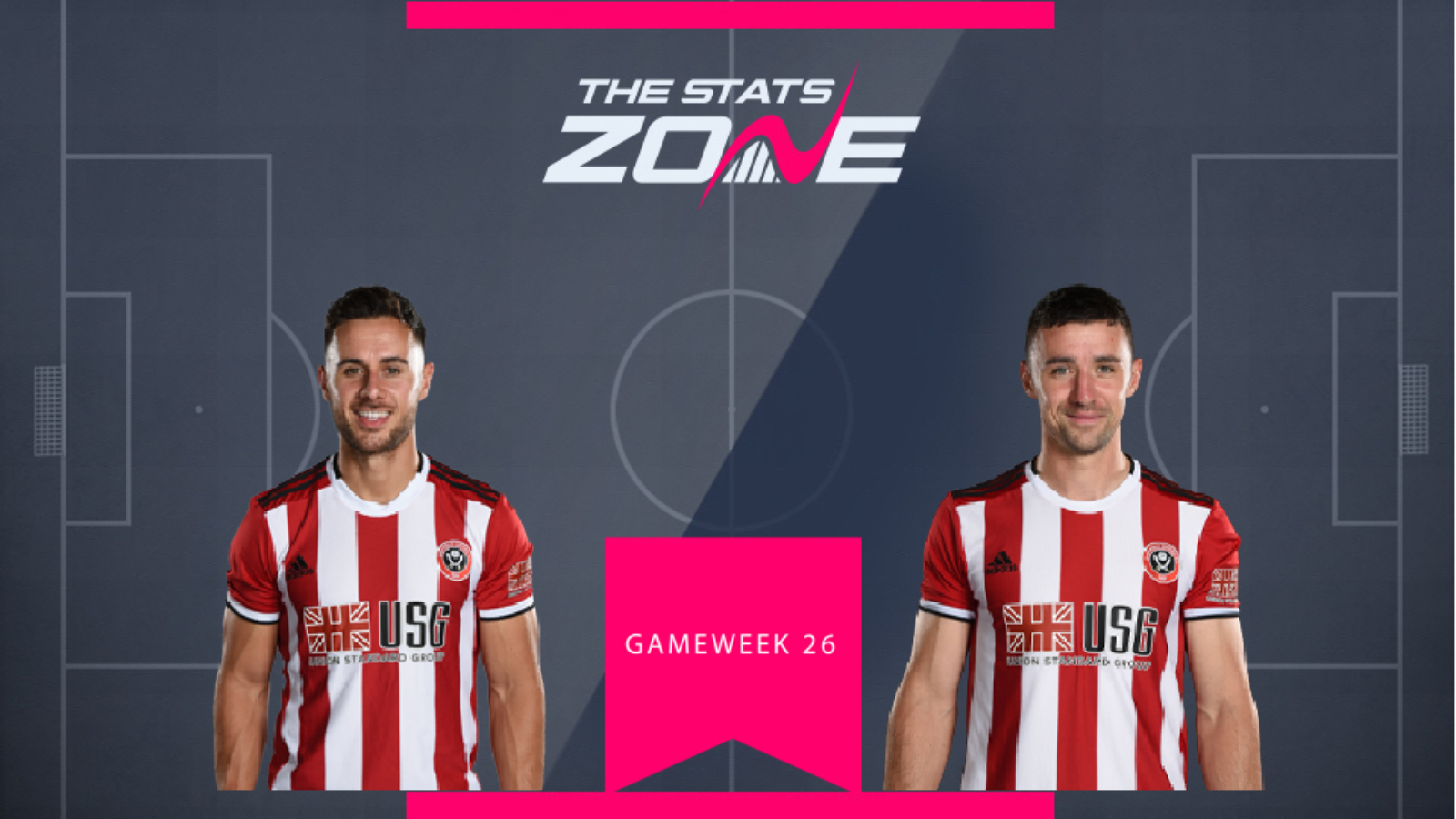 Sheffield Utd have kept nine clean sheets in the Premier League this season and in George Baldock (£5.1m) and Enda Stevens (£5.1m) they have two full-backs who combine solid defence with penetrating attack. Baldock has two goals and four assists to his name in the Premier League this season, whilst Stevens has one goal and two assists. Currently, Baldock is beating the Irishman with 105 FPL points this season compared to Stevens' 96. Both are outstanding numbers from players of a newly promoted side.

Gameweek 26 looks like bringing more joy for the two defenders with the Blades facing Bournemouth at Bramall Lane. The Cherries have lost their last three Premier League away games, failing to score in each of them. Of the two, Baldock's superior attacking numbers sees him preferred over Stevens with both players priced the same. 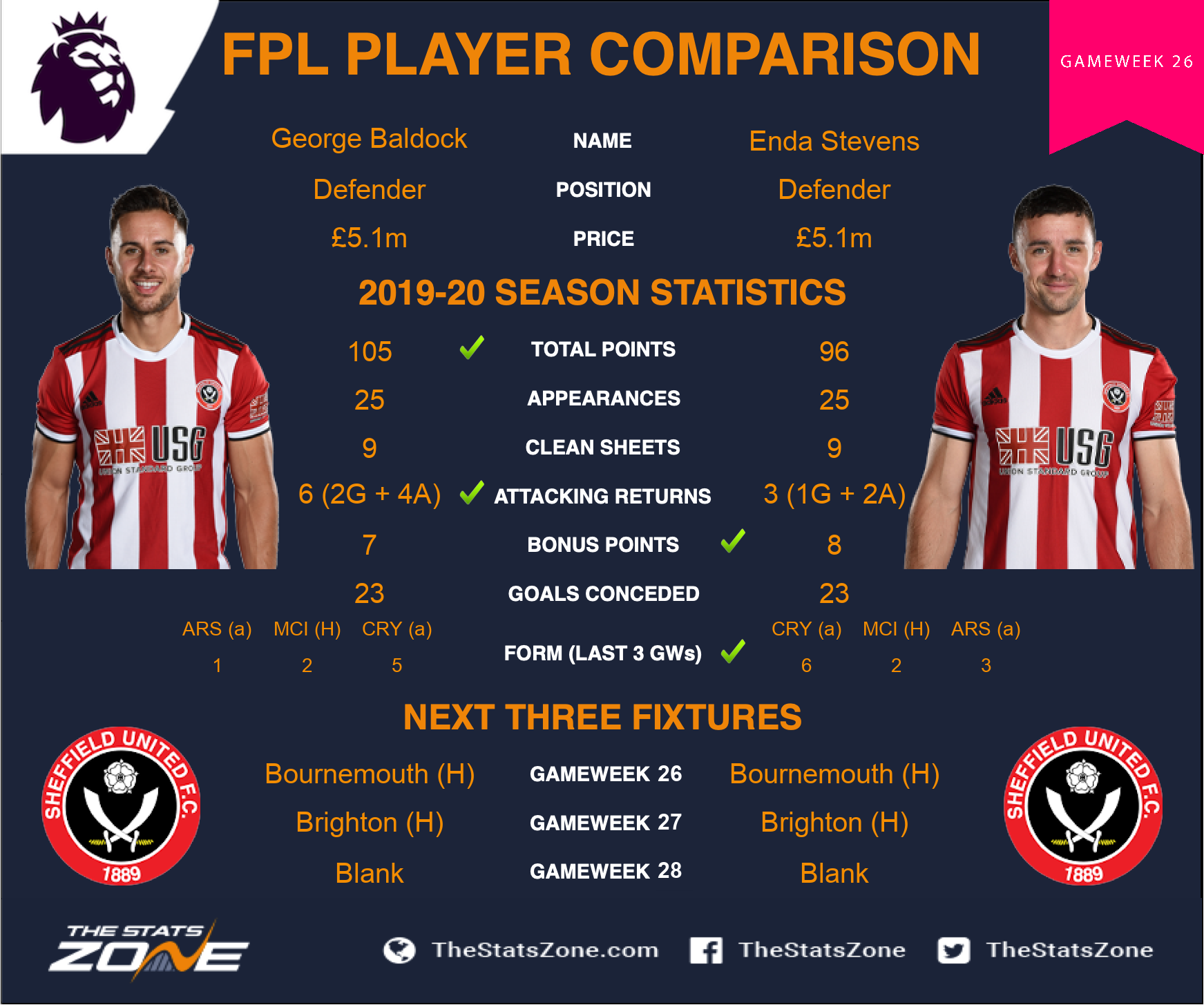