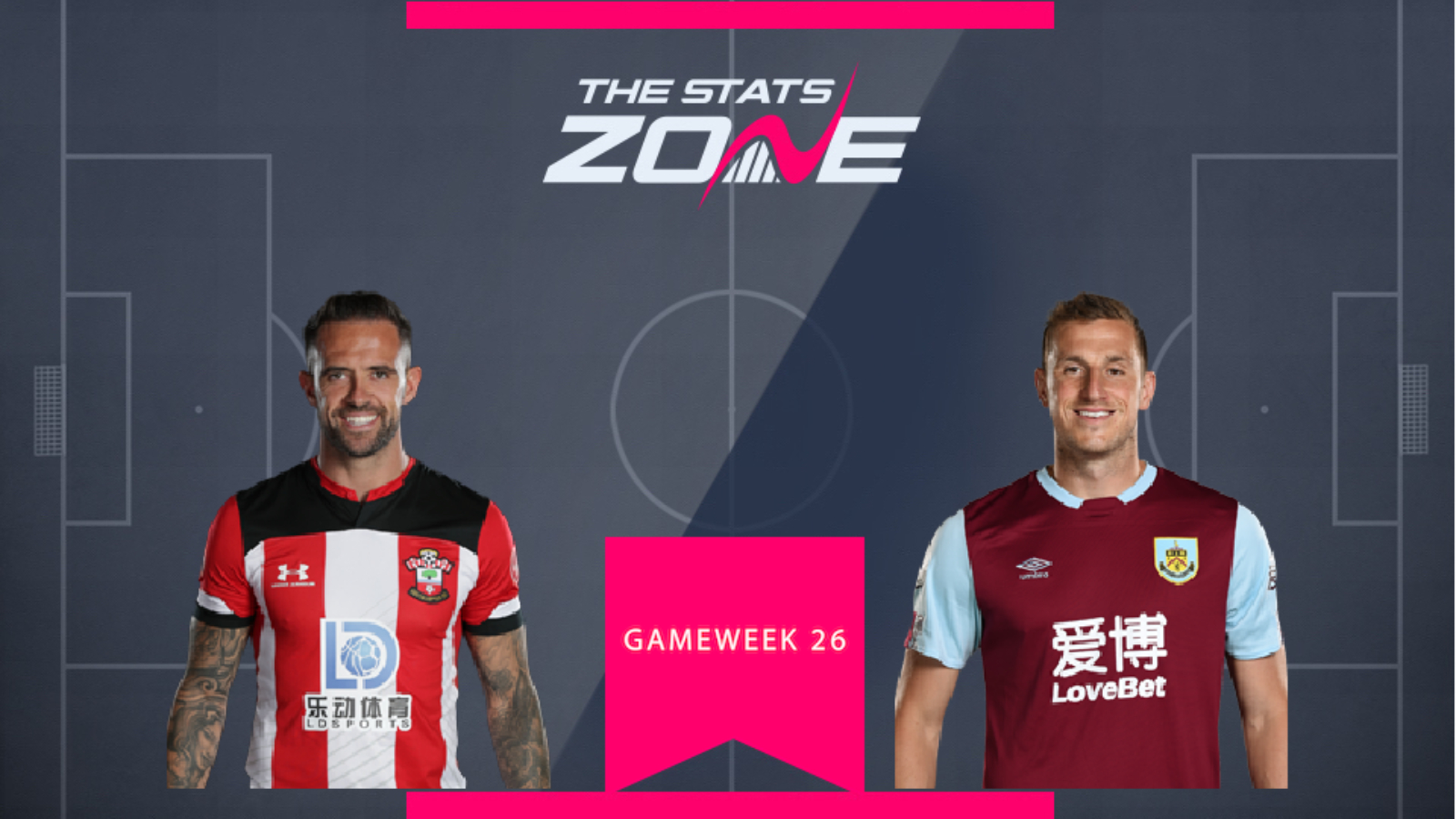 St Mary's hosts a battle between two established Premier League forwards as Southampton's Danny Ings (£7.0m) comes up against Burnley's Chris Wood (£6.2m) in Gameweek 26. Ings is in the form of his career, having scored 14 league goals already this season for the Saints, whilst Wood has 10 league goals for the Clarets. The return fixture between these two sides took place on the opening day of the season, when Burnley dispatched Southampton 3-0 at Turf Moor.

Southampton are a different proposition to the team Burnley faced in Gameweek 1, with Ings spearheading the line. Despite not scoring in his last three league appearances, he's looked dangerous throughout, only being denied by some great goalkeeping and controversial officiating. After finding the net his last match, Southampton's FA Cup replay away at Spurs, we're backing Ings to get on the scoresheet in Gameweek 26 and accrue more FPL points from the fixture than Wood. 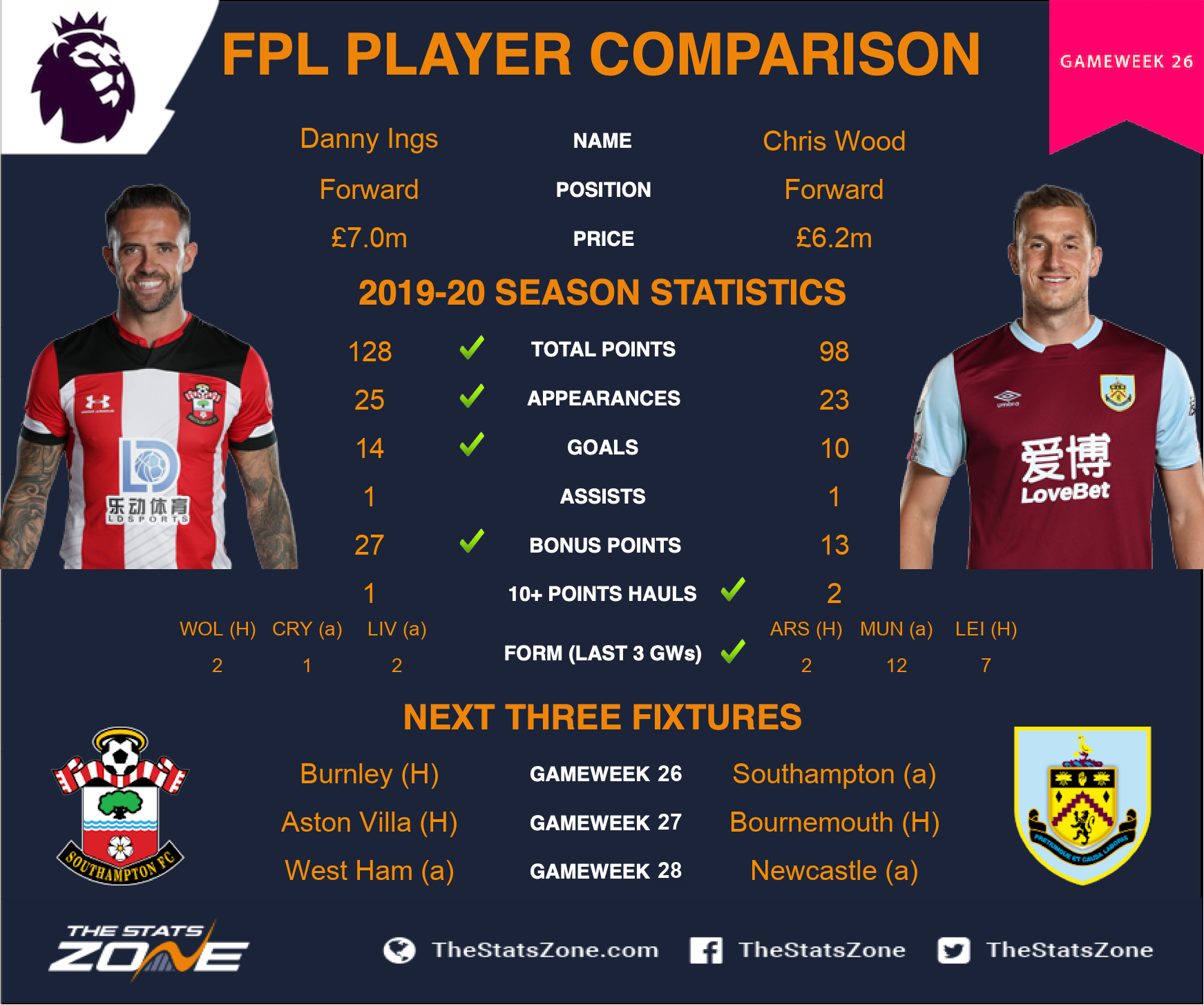