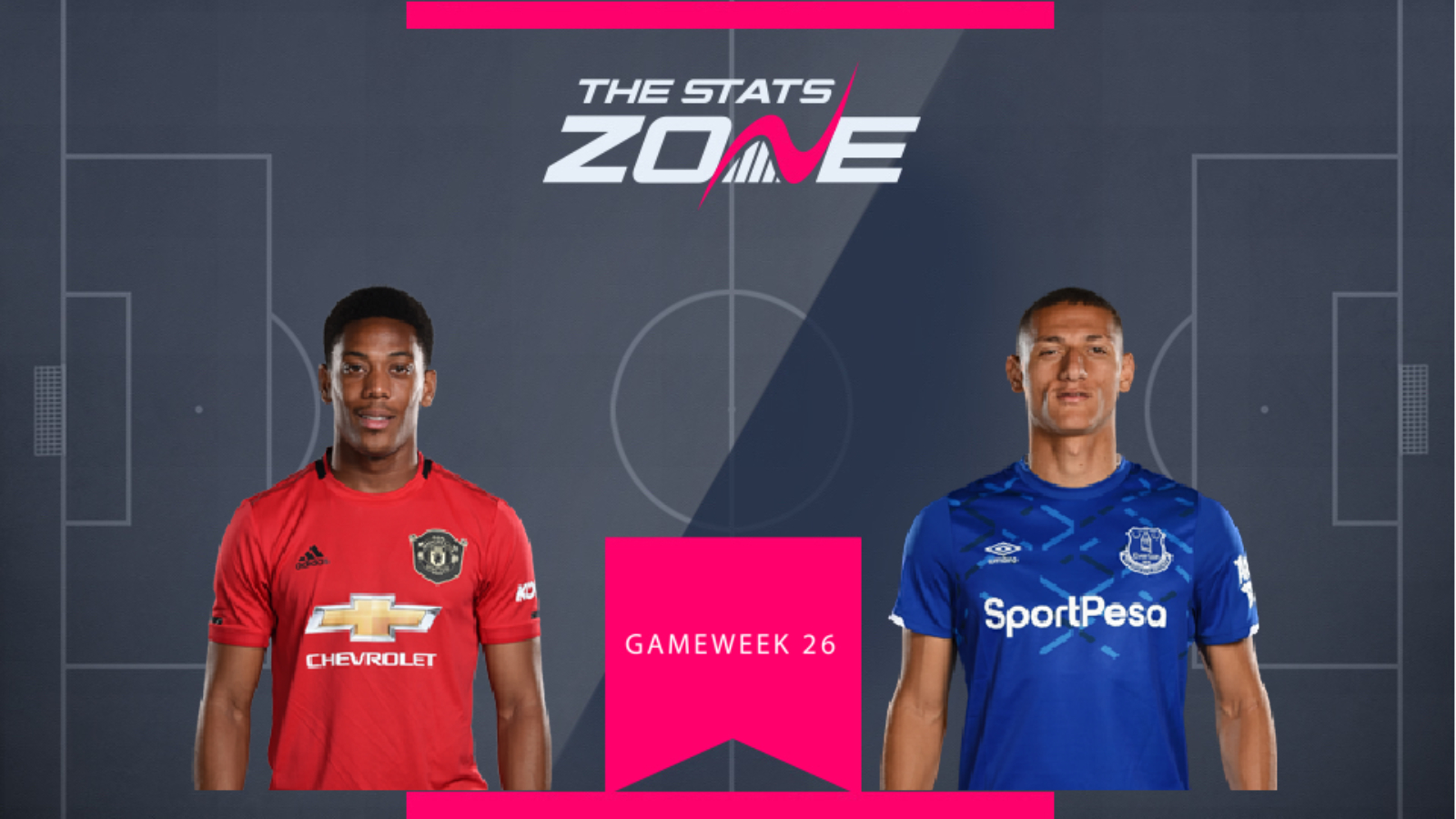 Man Utd have failed to score a Premier League goal in Marcus Rashford’s absence with their last goal coming against Norwich in Gameweek 22. Anthony Martial (£7.9m) scored in that game but has been unable to find the back of the net in the last three matches. With the Red Devils struggling to create opportunities in front of goal, Martial’s drought could continue as they travel to Chelsea. Bruno Fernandes’ arrival could provide more opportunities in front of goal for Man Utd but the additional arrival of Odion Ighalo could limit Martial’s minutes in the striking role.

Richarlison (£8.1m) missed two games through injury but returned for Everton’s trip to Watford in Gameweek 25. The Brazilian played the full 90 minutes but was unable to contribute in front of goal despite his side finding the back of the net on three occasions. Everton now host Crystal Palace in Gameweek 26 and he is likely to have a big role to play against the struggling side and he is the pick here with Martial a difficult option to justify on present form. 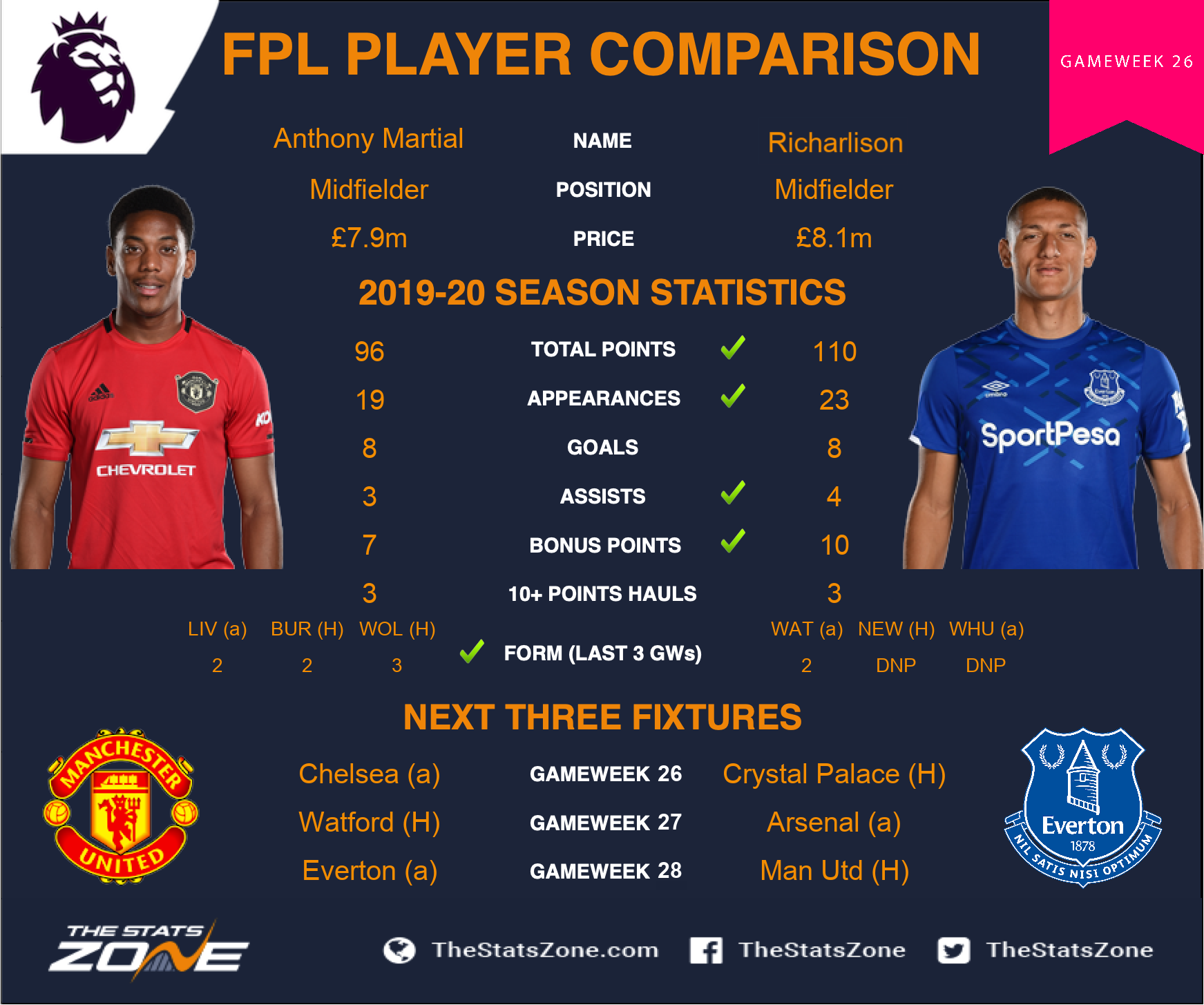