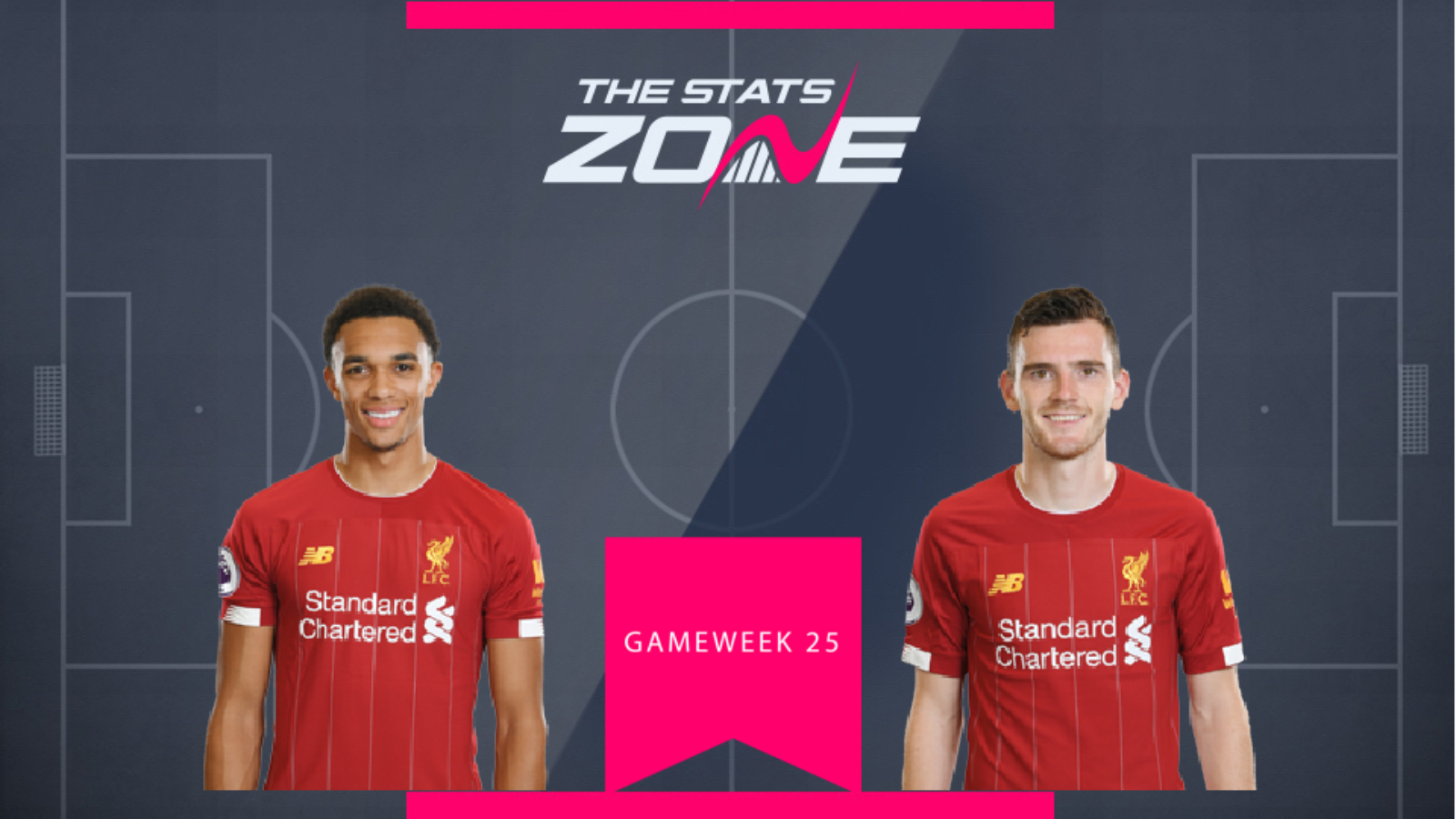 Liverpool produced the goods during their double gameweek with two victories but only three of their players made the Dream Team. Mohamed Salah and Jordan Henderson each scored 16 points whilst Trent Alexander-Arnold (£7.6m) notched 12. He collected an assist against Wolves – his 12th of the season – and also picked up a bonus point along with his clean sheet against West Ham.

Andrew Robertson (£7.0m) did not do quite as well and endured a tough game against Wolves which saw him pick up a booking. The Scot has now failed to provide an assist in any of his last four Premier League matches and with his teammate on the opposite side of the pitch possessing double the number of assists so far this season, Alexander-Arnold justifies the higher price and is the pick of the two. 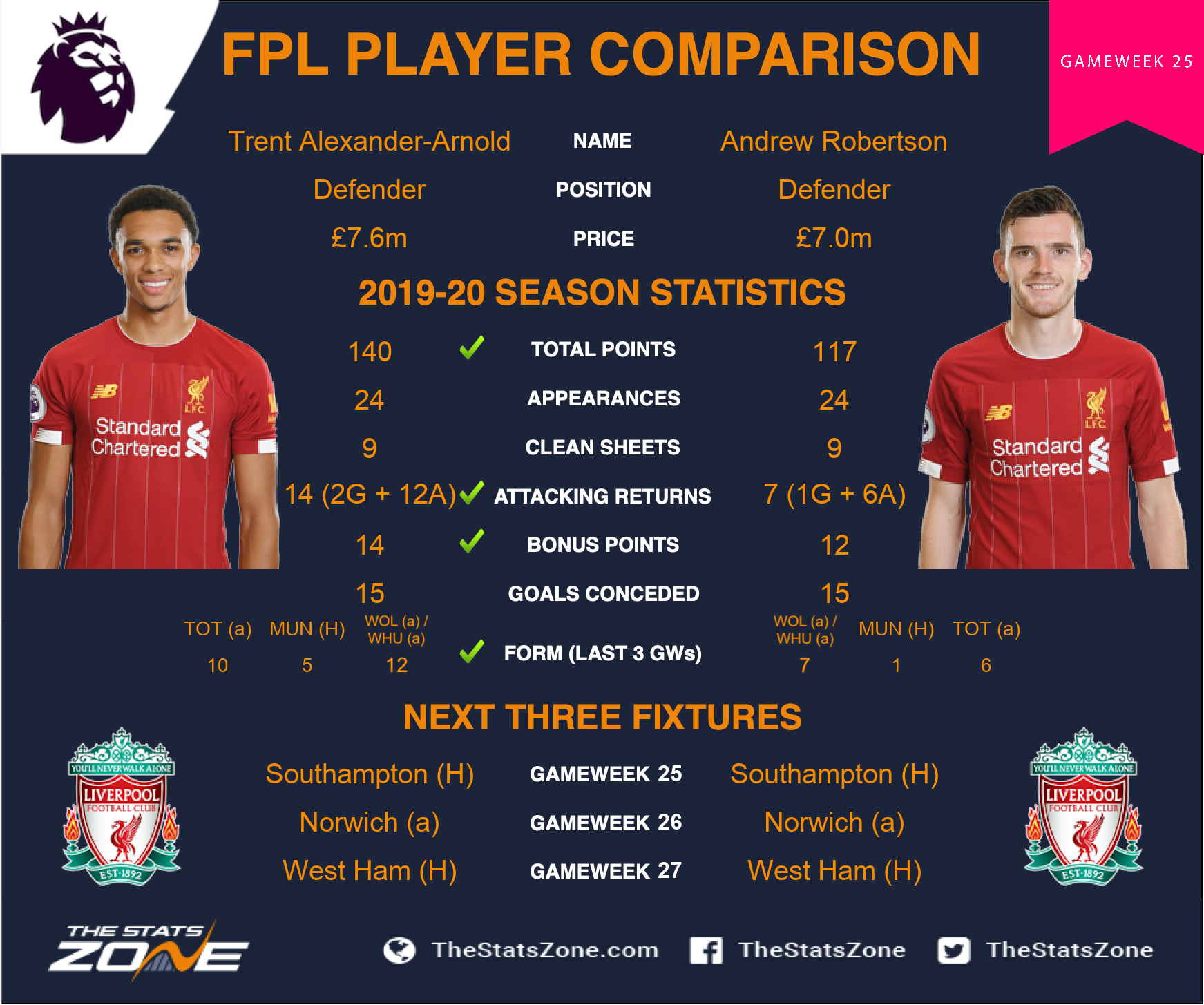