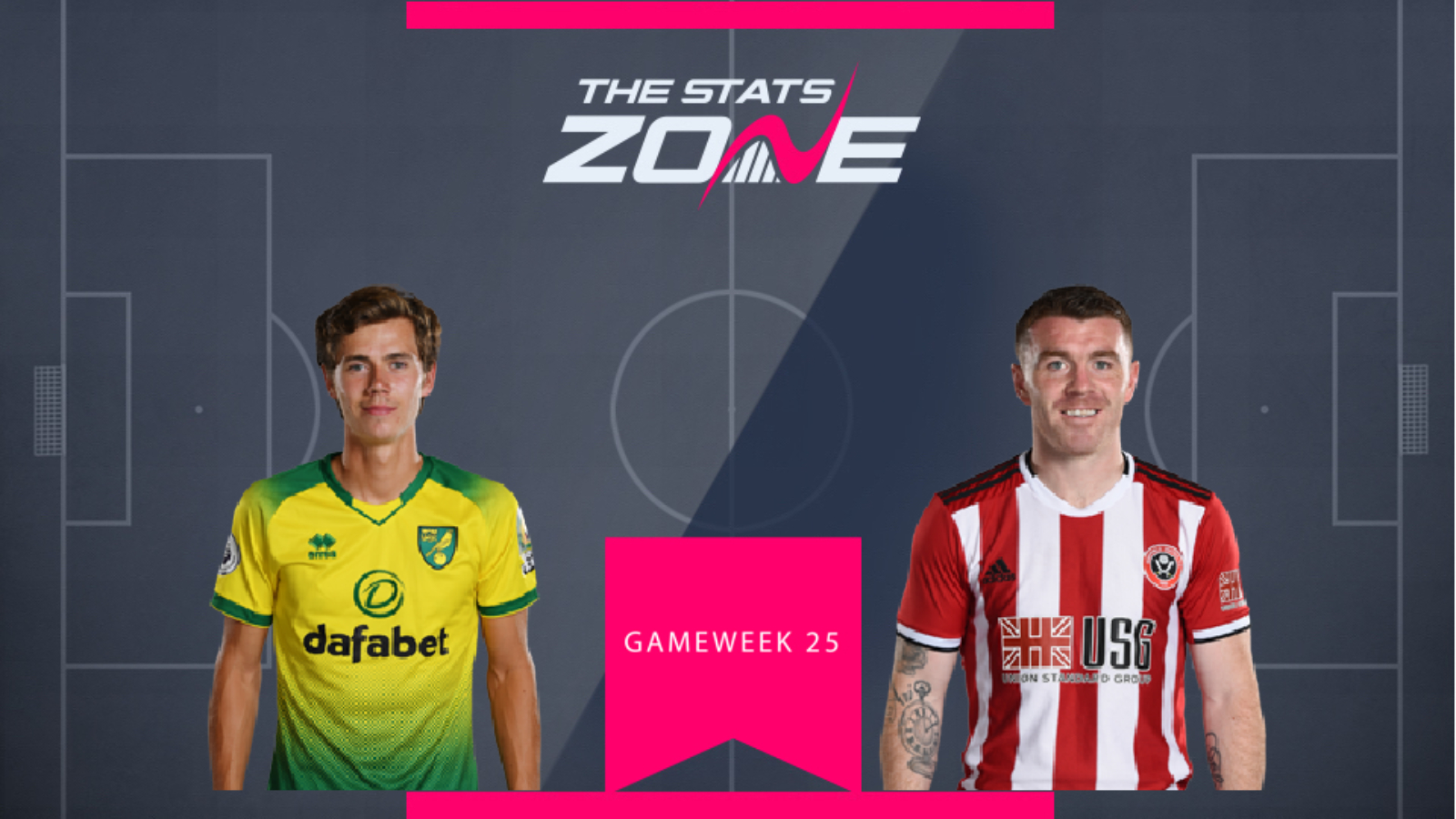 Todd Cantwell (£5.0m) has now gone three games without a goal or assist and his limited output on the road remains a concern. He has scored six goals this season with all but one of those coming at Carrow Road while both of his assists were also on home soil. Ironically, both of those came in a game against Newcastle and that is who Cantwell’s Norwich side face in Gameweek 25.

John Fleck (£5.0m) has played an important role in Sheffield United’s success this season and has managed to get into some very attacking positions of late. He provided an assist in Gameweek 22 for a nine-point haul whilst his equaliser against Arsenal in Gameweek 23 saw him post double figures for the third time this season. Fleck may find space hard to come by in what will likely be a congested midfield battle away at Crystal Palace and despite little separating the two, Cantwell’s a visit to a Newcastle side that allow a lot of chances on goal could provide him with a chance to improve on his productivity on the road. 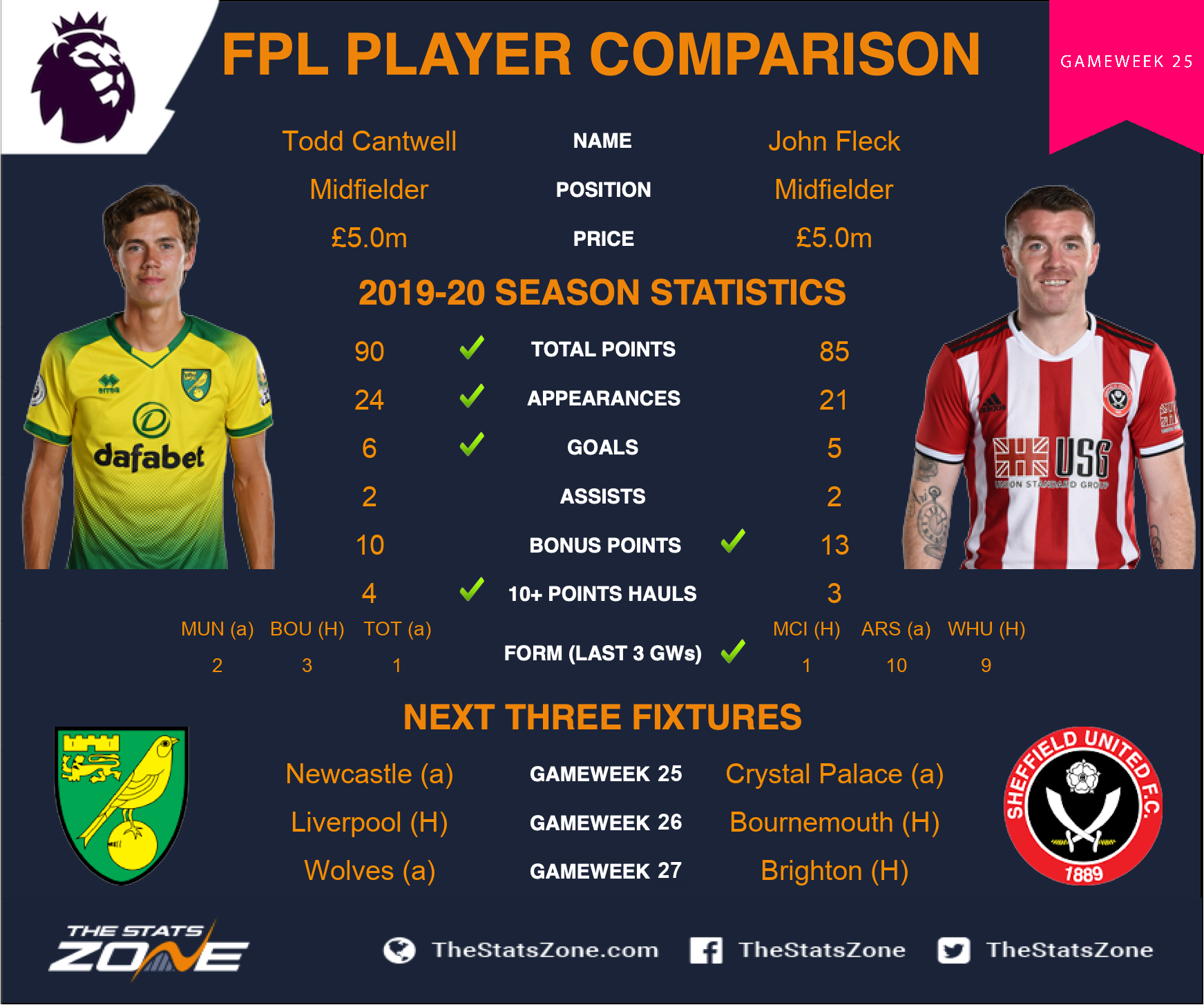