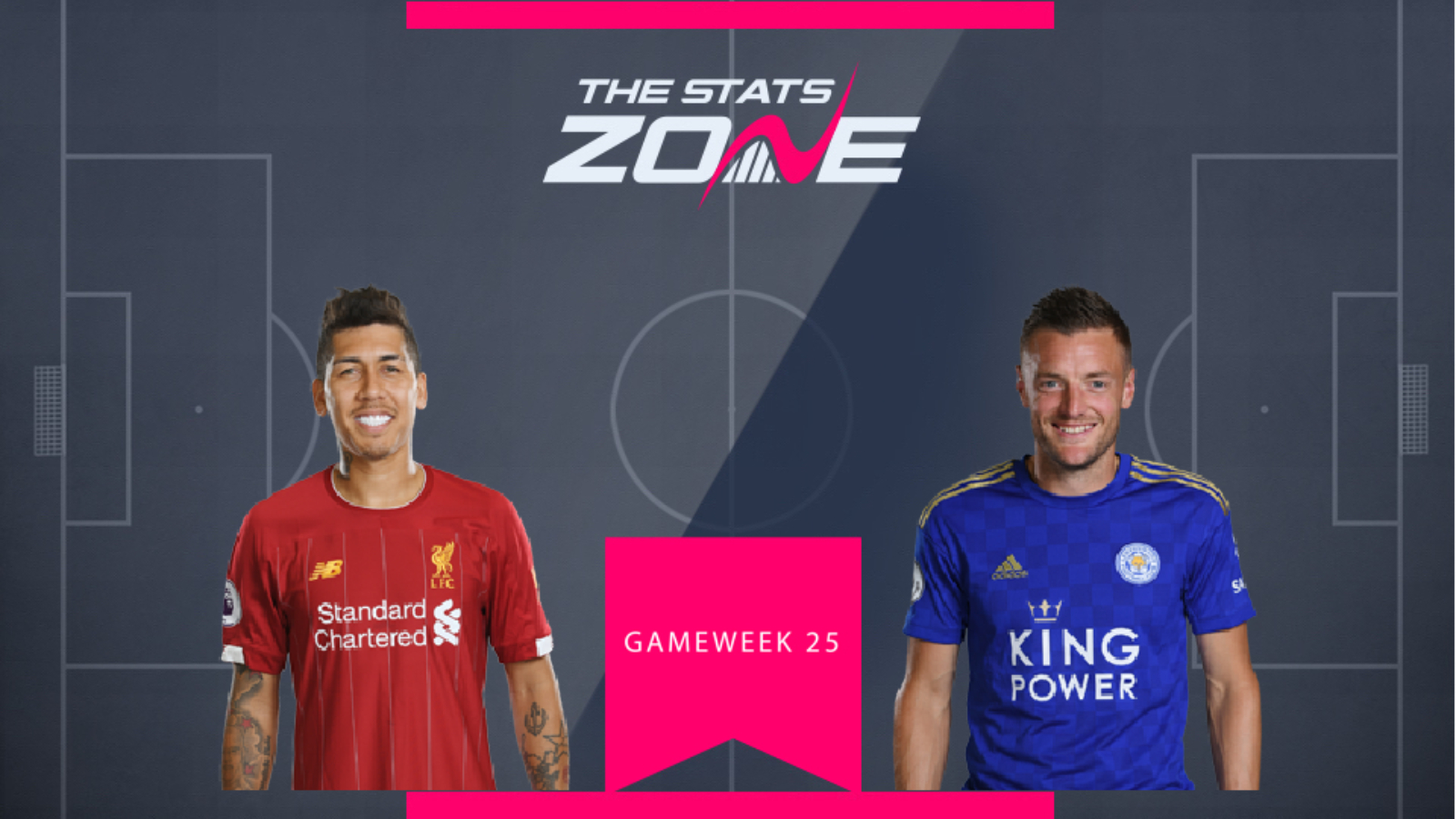 Roberto Firmino (£9.6m) bagged the winner in Liverpool’s opening game of their double gameweek but he could not back that up in the second game against West Ham. Nine points was not a bad return in the DGW but some may have expected more. He has scored four goals in his last seven Premier League matches and despite not assisting during those games, he was able to collect six bonus points.

Jamie Vardy (£9.9m) looked like he would be missing for a long period when he hobbled off against West Ham in Gameweek 24 but made his return from the bench in Leicester’s midweek League Cup tie with Aston Villa. Doubts remain over his fitness and he may be consigned to the bench once again for Leicester’s game against Chelsea. Vardy’s last goal came in Gameweek 18 and despite missing some game time since then, his fitness concerns combined with a lack of form mean Firmino is the selection here. 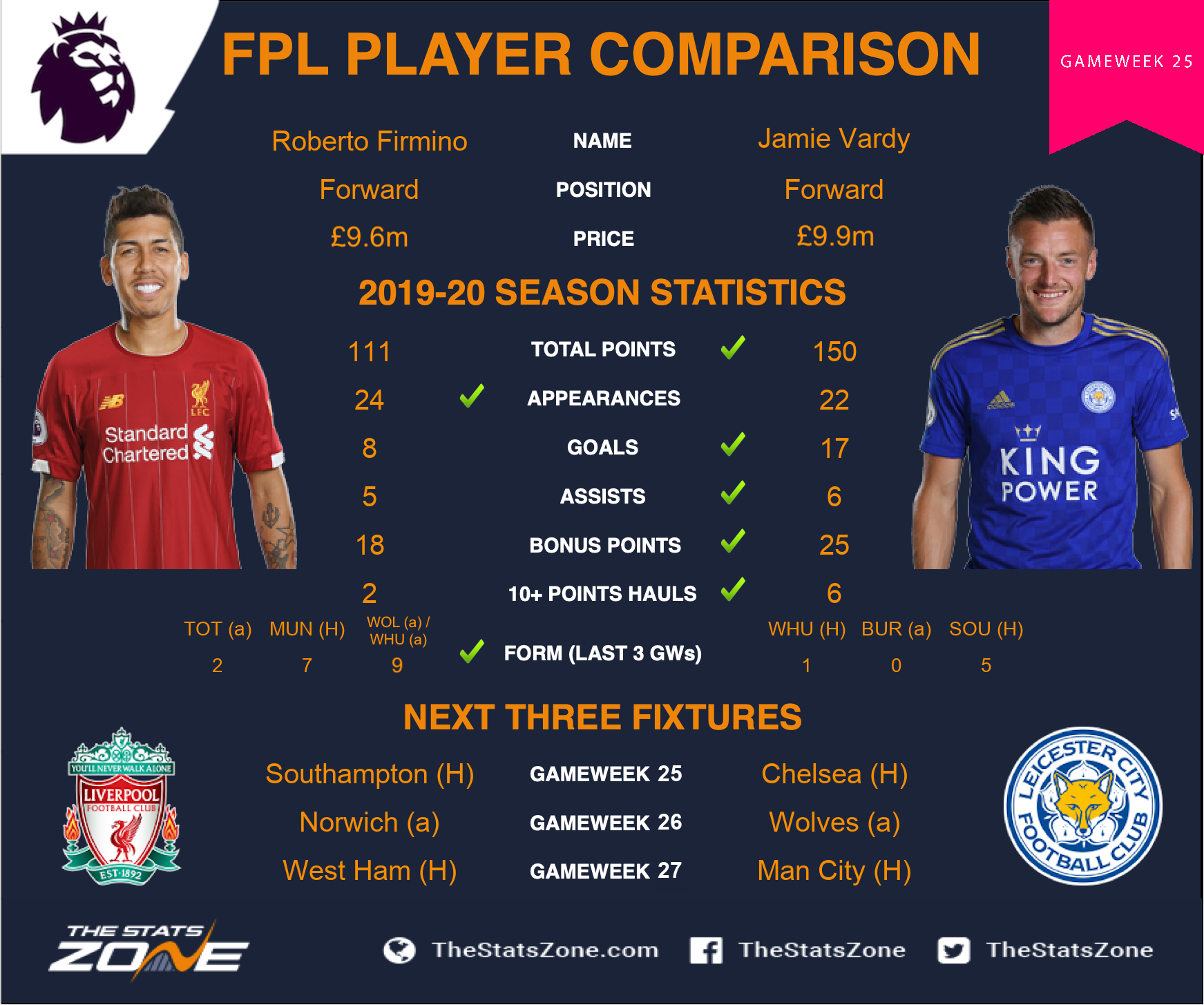