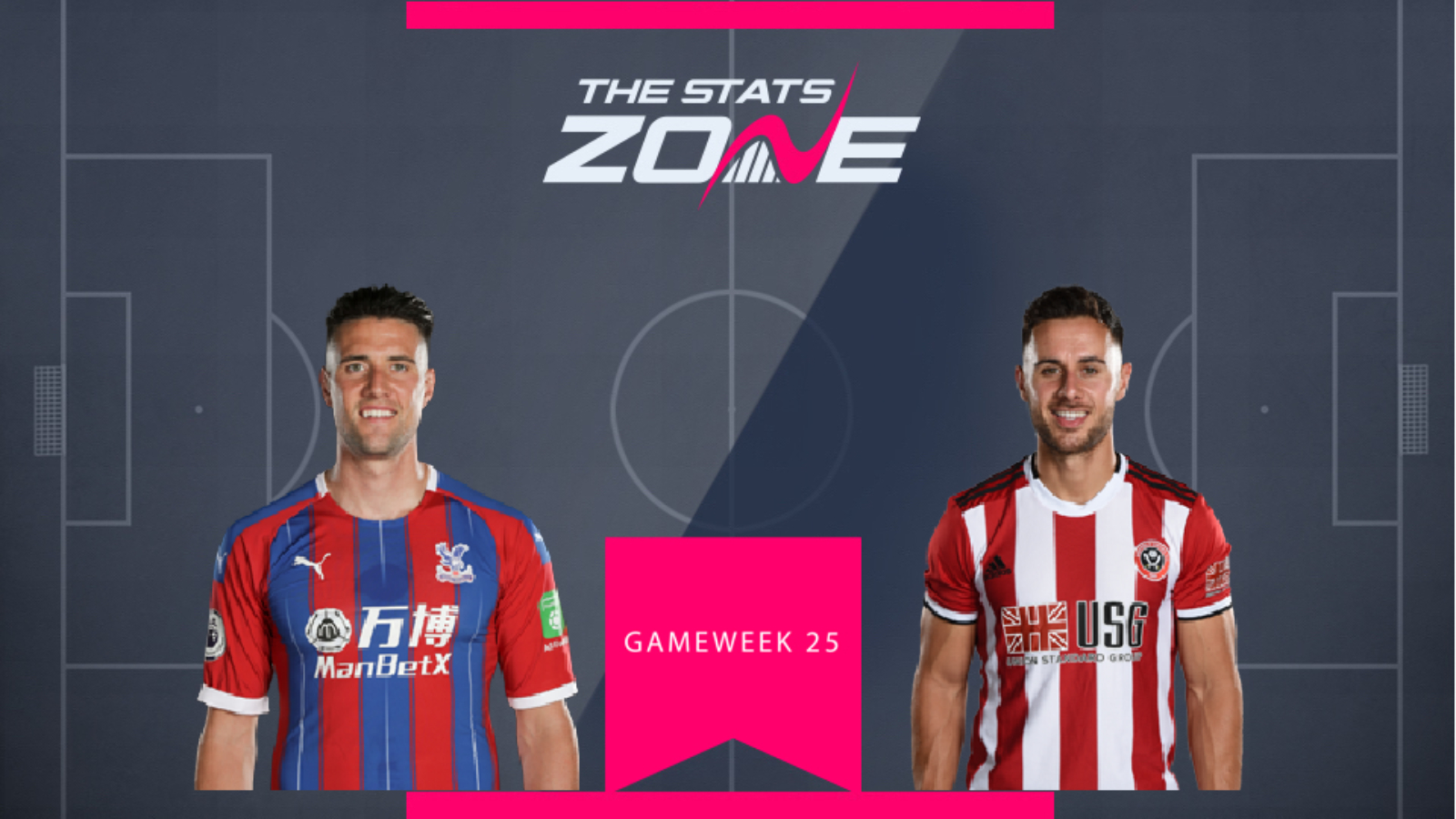 Martin Kelly’s (£4.4m) Crystal Palace host George Baldock’s (£5.1m) Sheffield United in Gameweek 25 and one man makes a much better case than the other in this H2H. With Joel Ward back in the mix for Palace having replaced Kelly as a second-half substitute in their last game against Southampton, Kelly’s place in the side could come under threat. He should remain in the starting XI but may be forced into a change of position.

Palace have struggled for goals all season and have only found the back of the net 22 times in the Premier League with Watford the only side to score fewer. That could boost the away side’s chances of adding to their eight clean sheets so far this season and with Baldock having two goals and four assists next to his name compared to Kelly’s solitary assist, the Sheffield United man has a greater appeal from an FPL perspective. 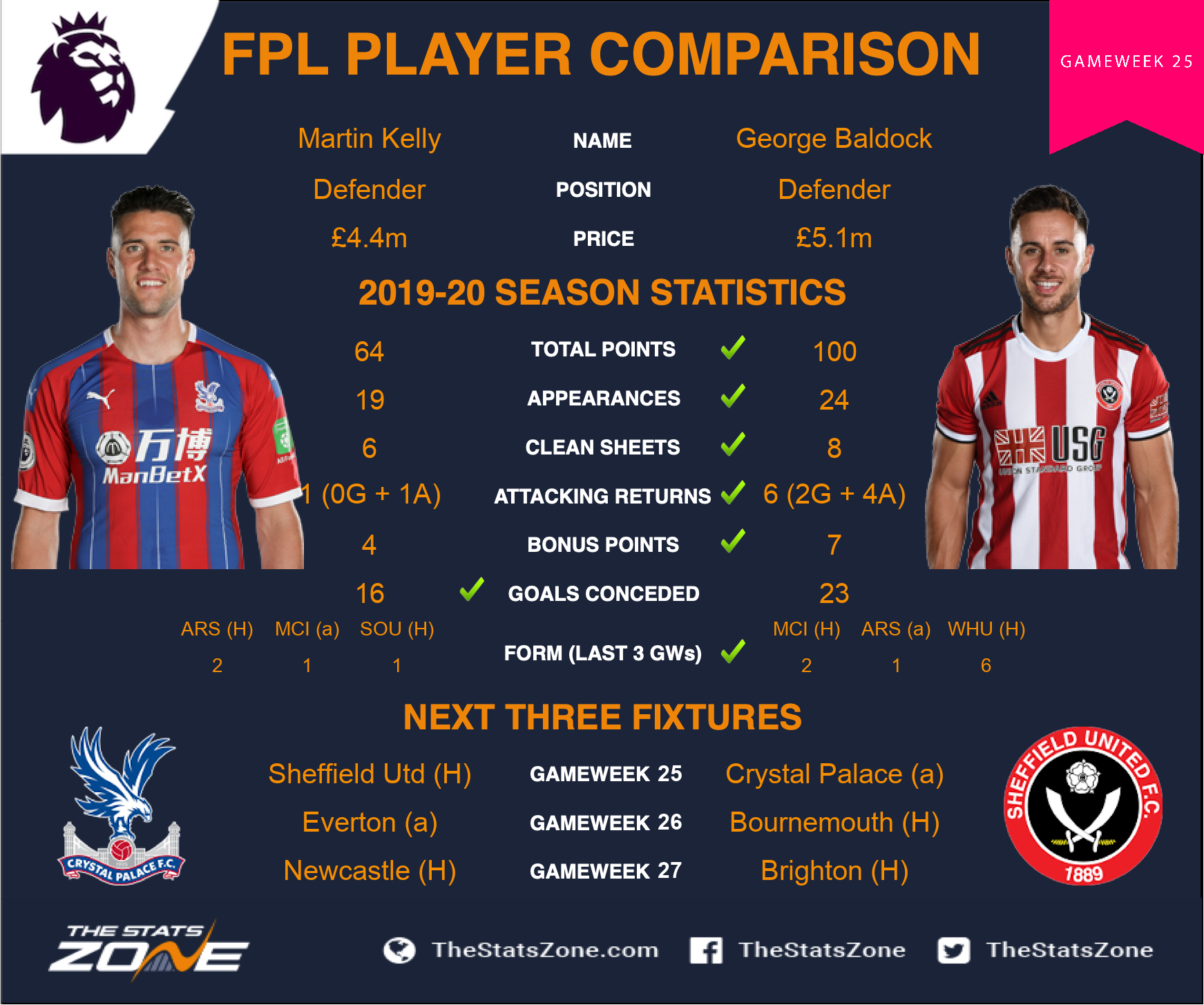