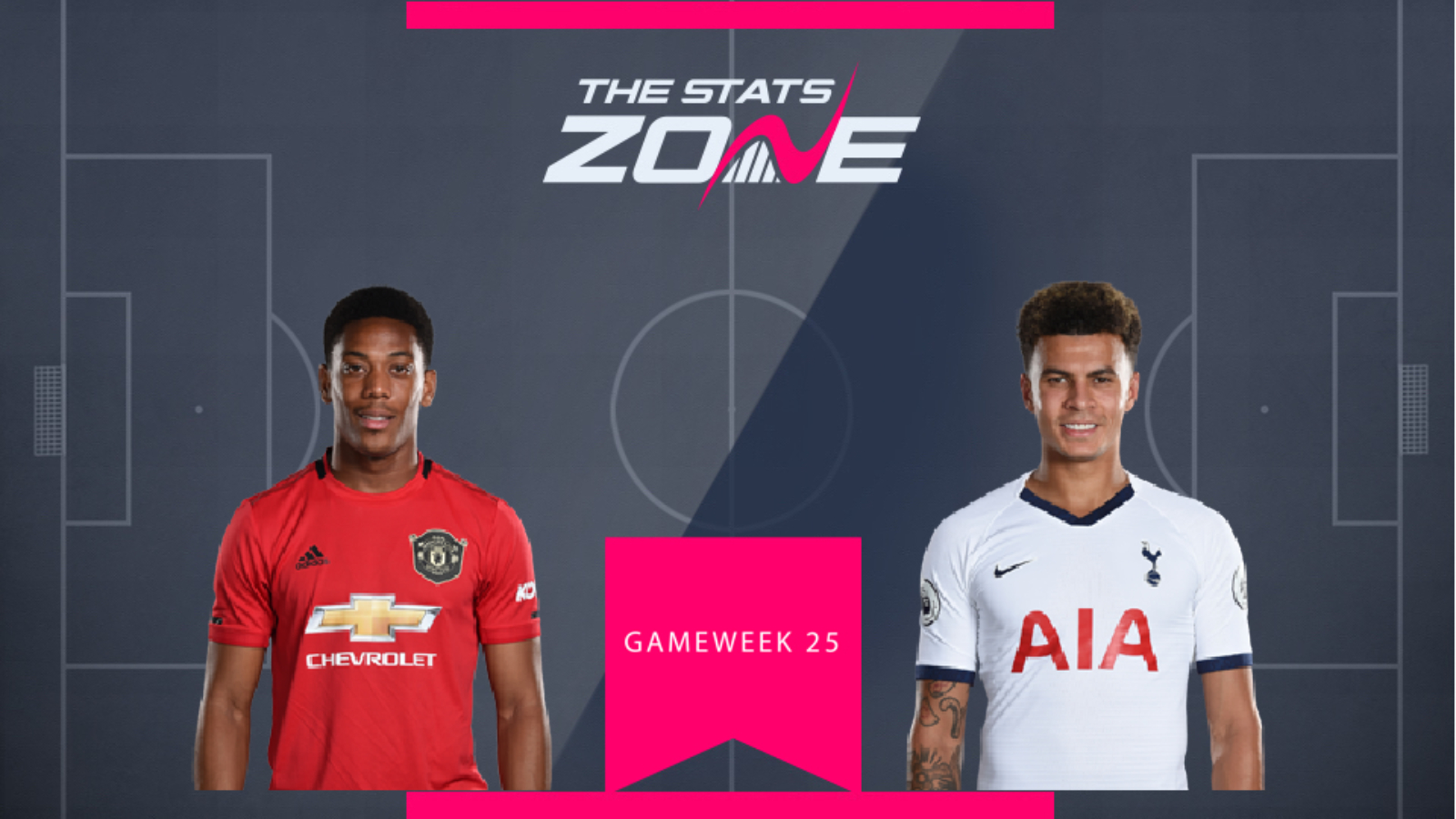 With Marcus Rashford on the sidelines for Man Utd, there is a lot of pressure on Anthony Martial (£7.9m). The Frenchman looked like he had the world on his shoulders when missing a great chance when his side lost at Anfield in Gameweek 23 and he also made no impact in Gameweek 24 in another toothless attacking display. With Rashford out, Man Utd have lost one of their main attacking outlets and do not pose a great deal of threat in the final third which does not bode well for the team or Martial.

Dele Alli (£8.5m) rediscovered the scoring touch last week and he backed that up with an assist to collect 13 points from Spurs’ 2-1 win at home to Norwich. That was Alli’s first goal since Gameweek 19 and he will look to kick on from that performance. A home game with Man City poses a considerable challenge but with Man Utd looking extremely poor going forward in Gameweek 24, it is worth siding with Alli whose Spurs side will cause the champions problems at the back and the Englishman can play a key role in that. 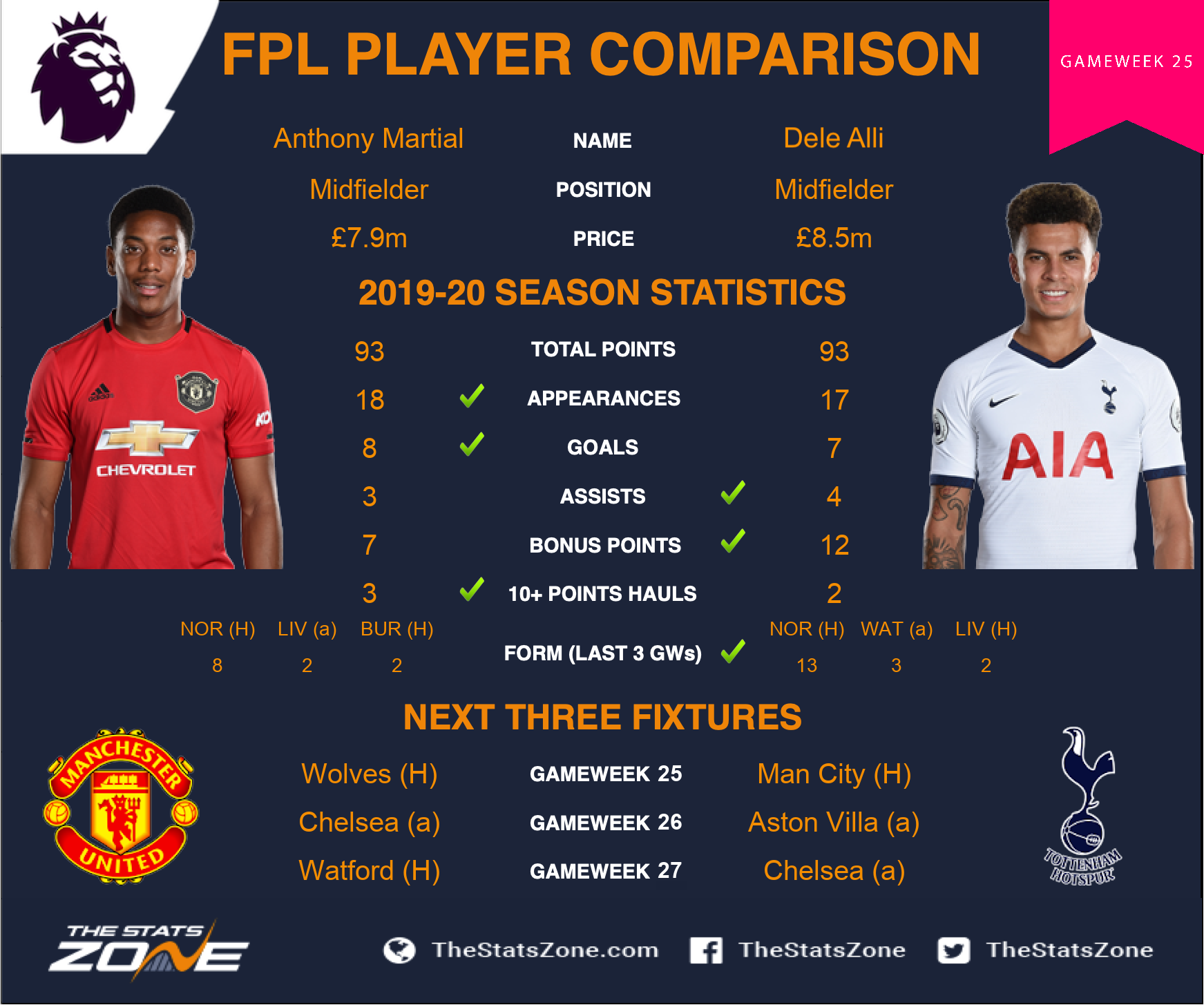