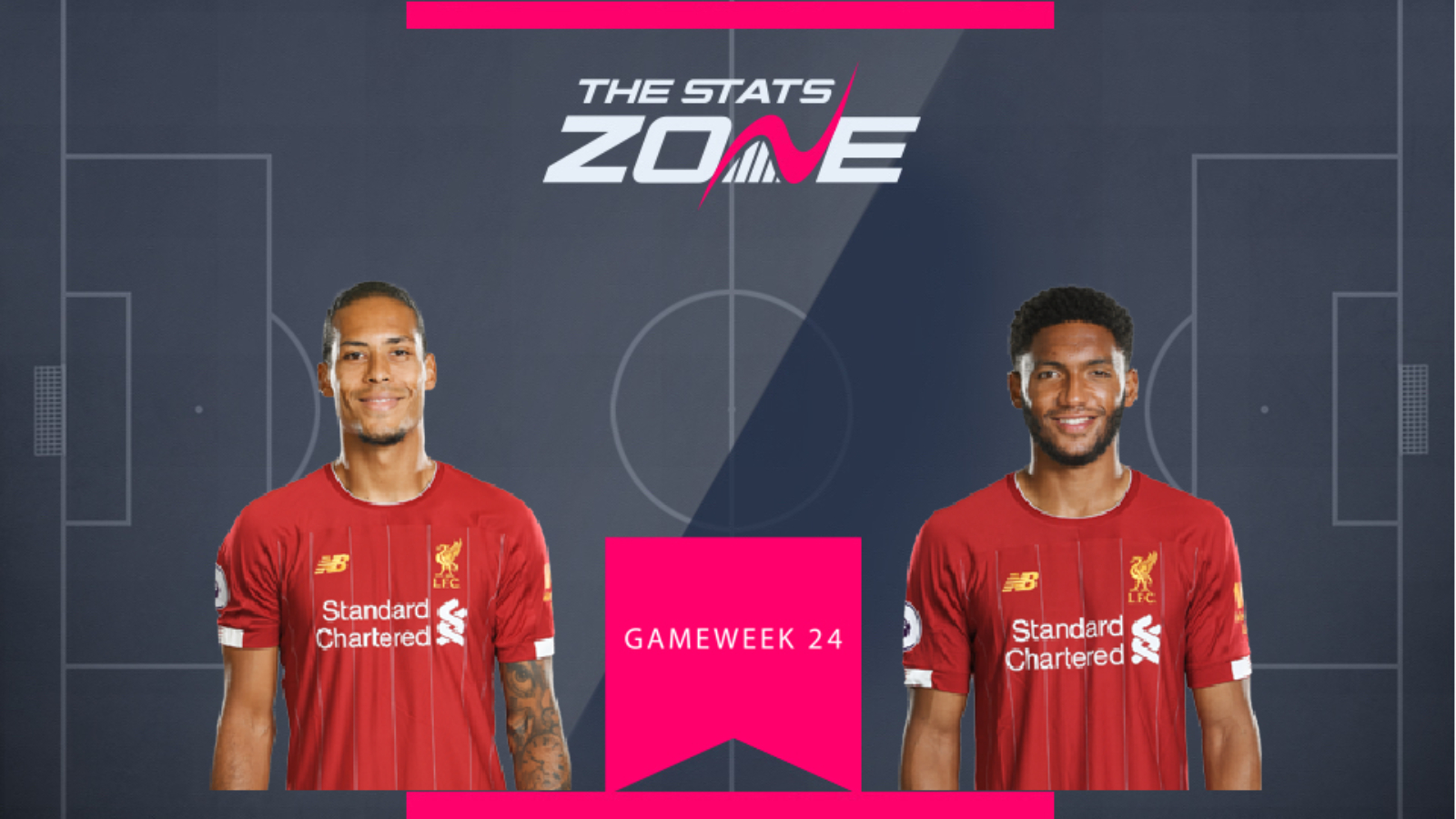 Virgil van Dijk (£6.4m) made it four Premier League goals for the season in Gameweek 23 with a towering header from a corner. All of his four goals this season have been headers from set-pieces. That goal alongside Liverpool's seventh league shutout in succession saw Van Dijk come out from the game with 15 FPL points.

His centre-back partner Joe Gomez (£5.2m) has hugely impressed since returning to the starting line-up following injuries to Joel Matip and Dejan Lovren. He has started all of the last seven matches that have seen the Reds keep a clean sheet and has accumulated 44 FPL points within that period.

With two fixtures on the horizon for Liverpool in Gameweek 24, the question is whether they can continue this remarkable run of clean sheets. If they can, then owners of both these defenders will profit. Whilst Van Dijk is far more of an attacking threat from set-pieces, take away the 6 FPL points awarded for his goal against Man Utd and he'd have only accrued 3 more FPL points than Gomez over the same period. Add that to Gomez being a whole £1.2m cheaper and we believe that he is of a better value if you are looking to build a stronger team for this double gameweek. 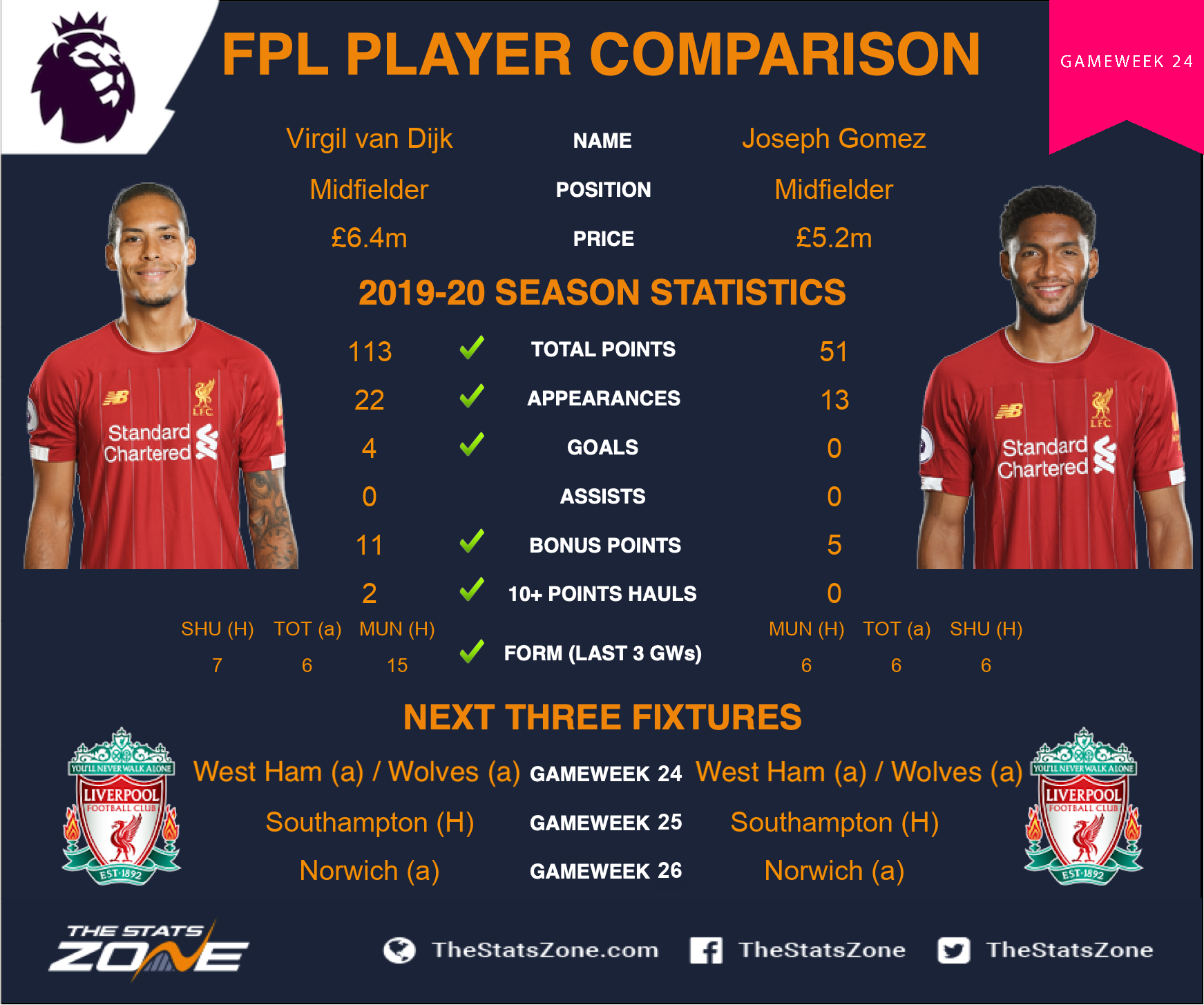