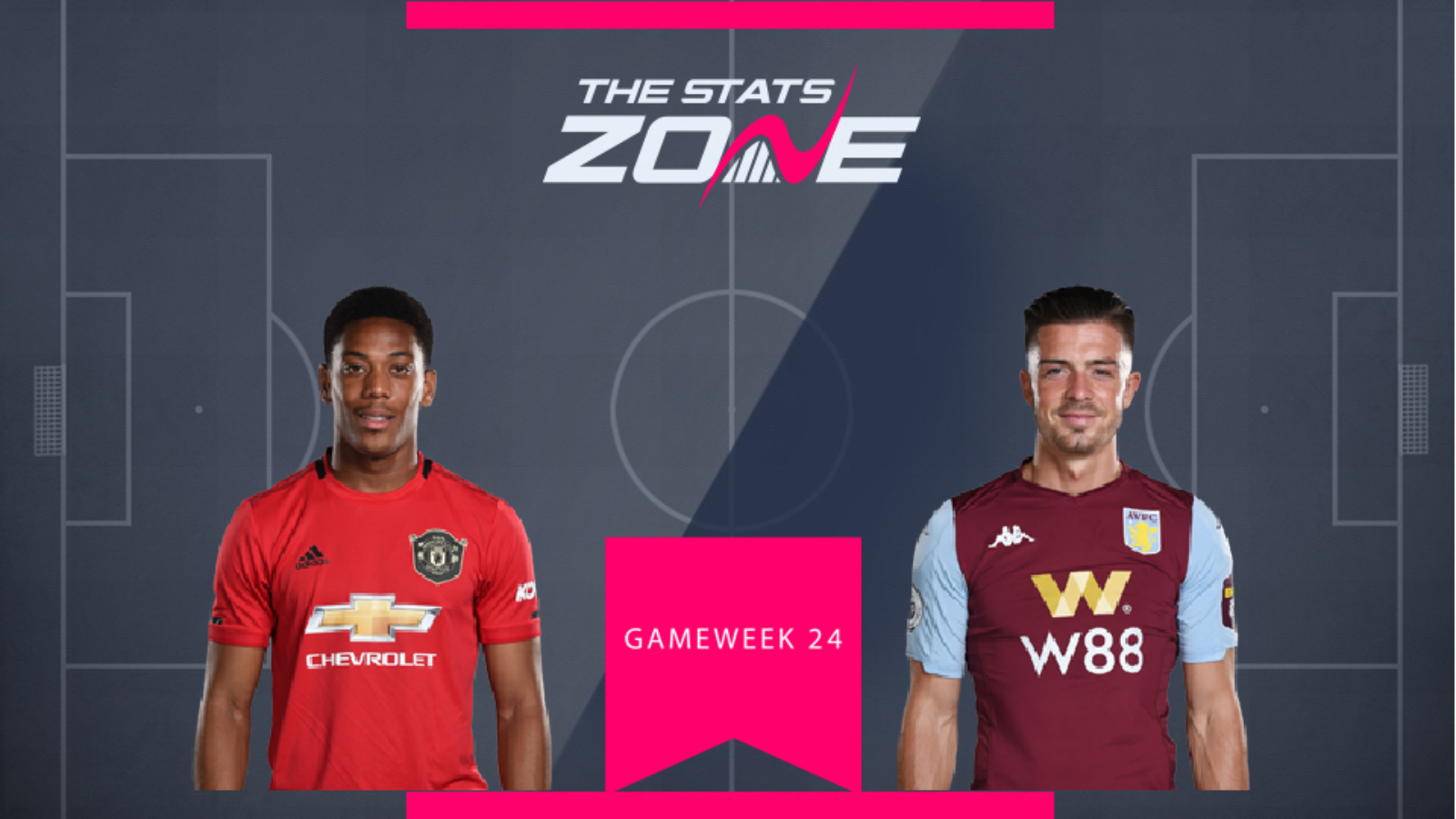 Anthony Martial (£7.9m) wasted a great chance to level the game against Liverpool at the weekend and may find himself under even more pressure as the goalscoring burden falls at his door with the anticipated long-term absence of Marcus Rashford. Man Utd have an appealing home game with Burnley and Martial is expected to be the focal point of the attack, making him an appealing proposition.

Jack Grealish (£6.6m) showed his class as he was instrumental in helping his Aston Villa side claim a point from their trip to Brighton. Grealish scored with a brilliant effort and continued in his more advanced role due to the lack of an out-and-out striker. The England hopeful has now contributed three goals and two assists in his last six Premier League appearances but Watford will prove tricky opponents and although there is little to choose between Grealish and Martial, the Frenchman just gets the nod. 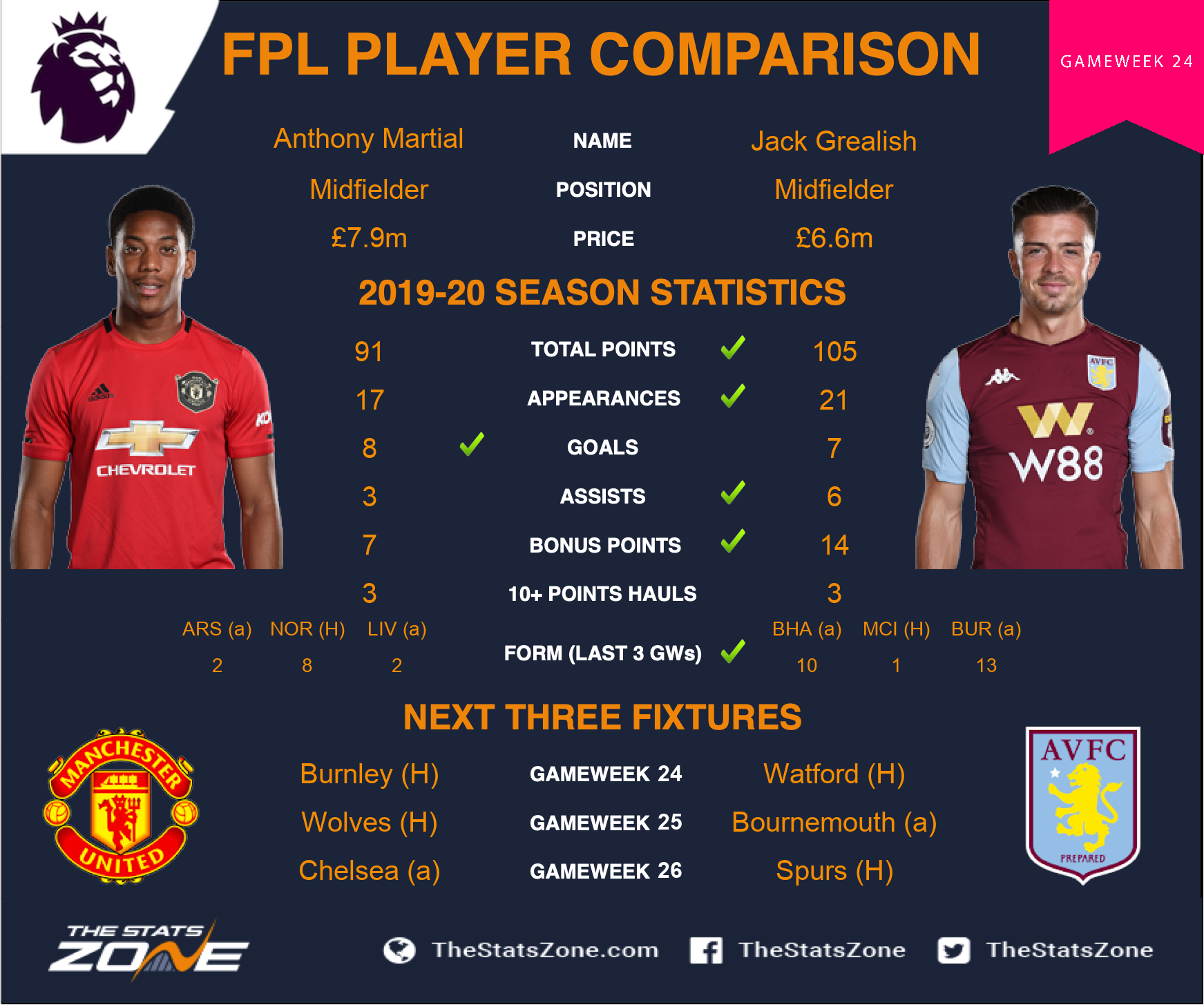