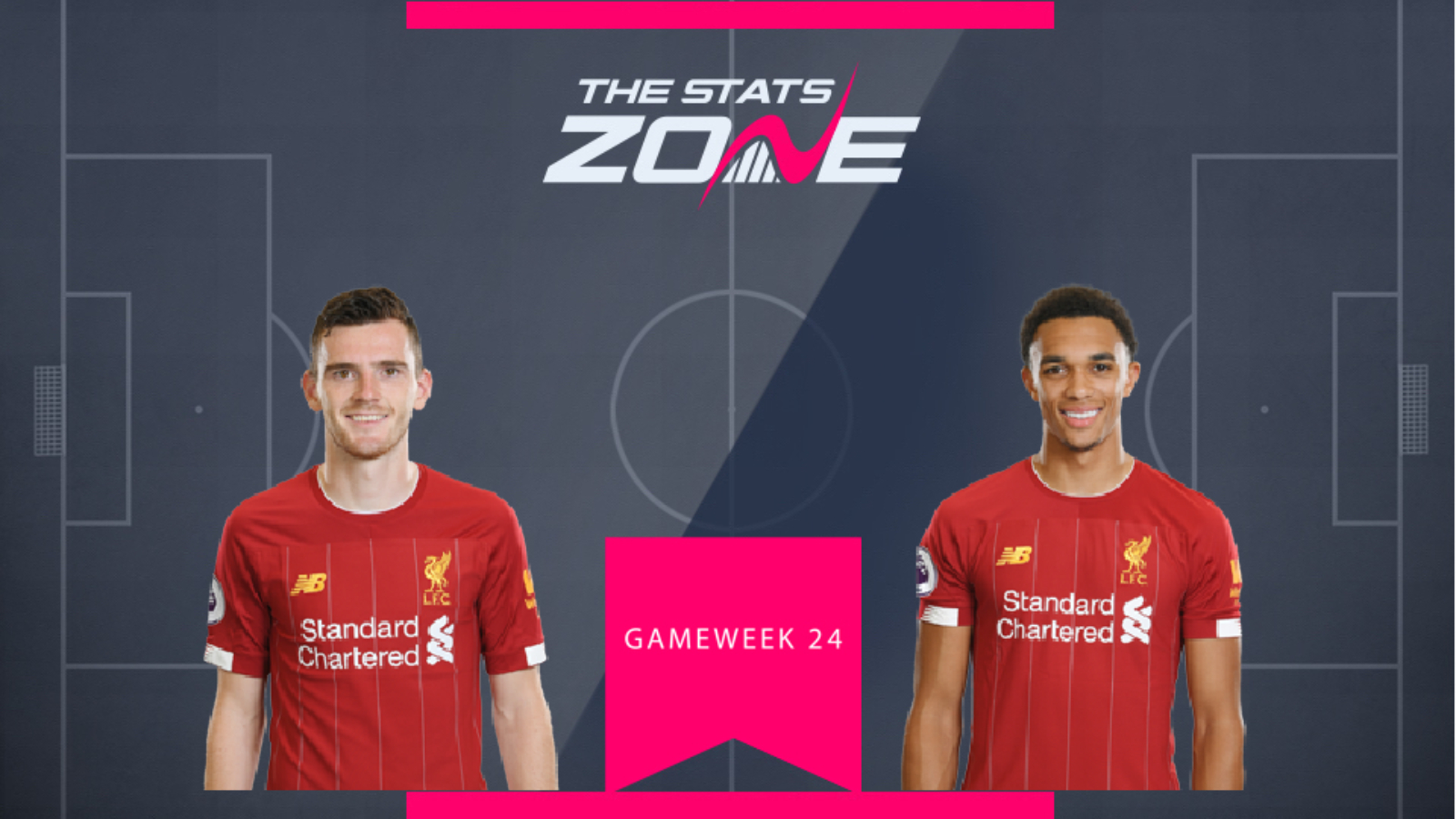 The two Liverpool full-backs were part of a Liverpool defence that kept their seventh consecutive clean sheet at home to Man Utd in Gameweek 23. Andrew Robertson (£7.0m) was unlucky not to cap off his performance with an assist after putting the ball on a plate for Salah, who missed when it was easier to score. Trent Alexander-Arnold (£7.5m) on the other hand, managed to bag an assist of his own, after his corner was headed home by Van Dijk.

Liverpool face a double gameweek next up as Gameweek 24 rolls around and choosing between both full-backs will be difficult. We'd advise FPL managers to have both players if possible. Alexander-Arnold is priced at £0.5m higher than Robertson, but takes set-pieces. The majority of FPL managers will own Alexander-Arnold and it's a dangerous game not to have him in your ranks for this double gameweek. 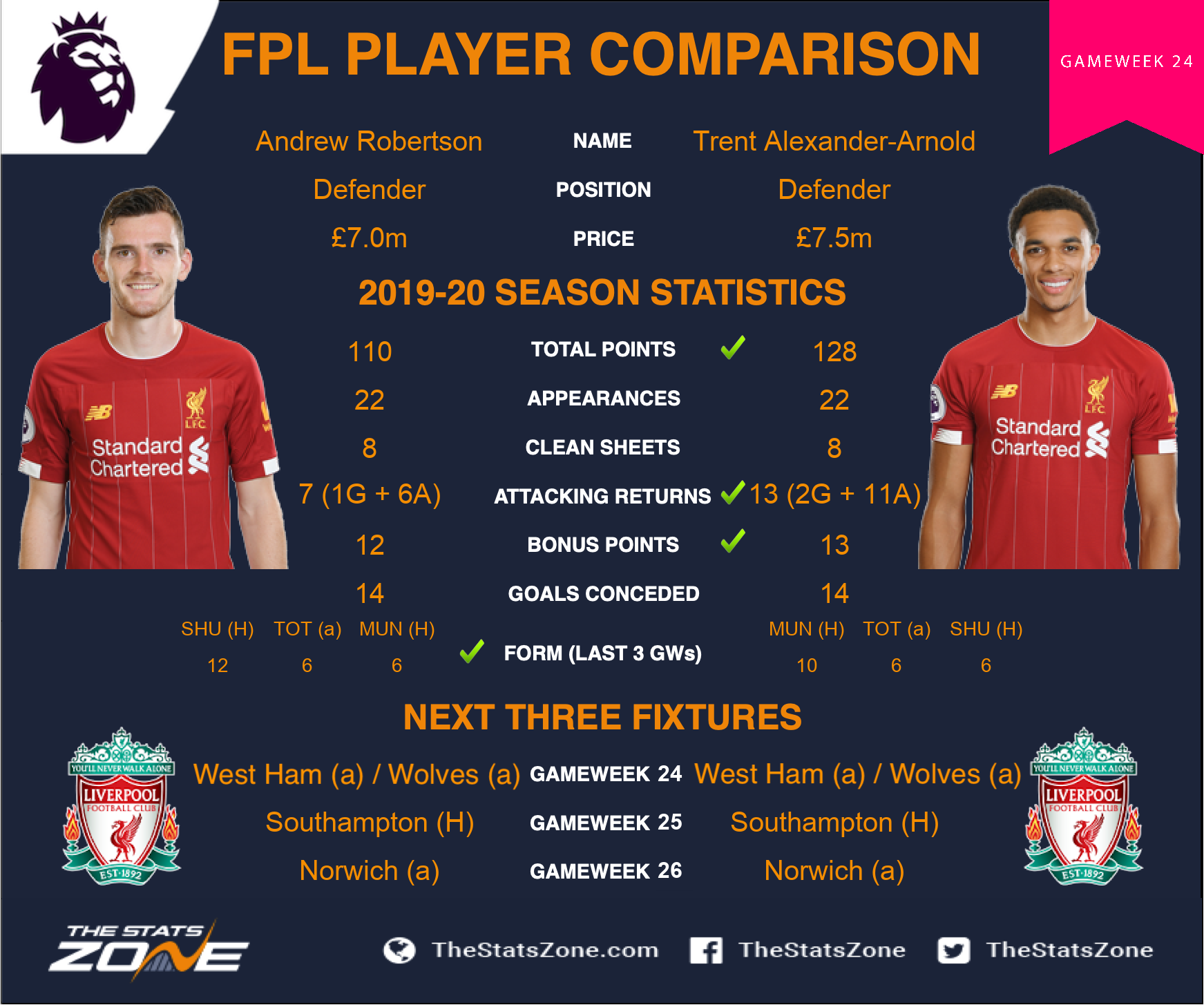