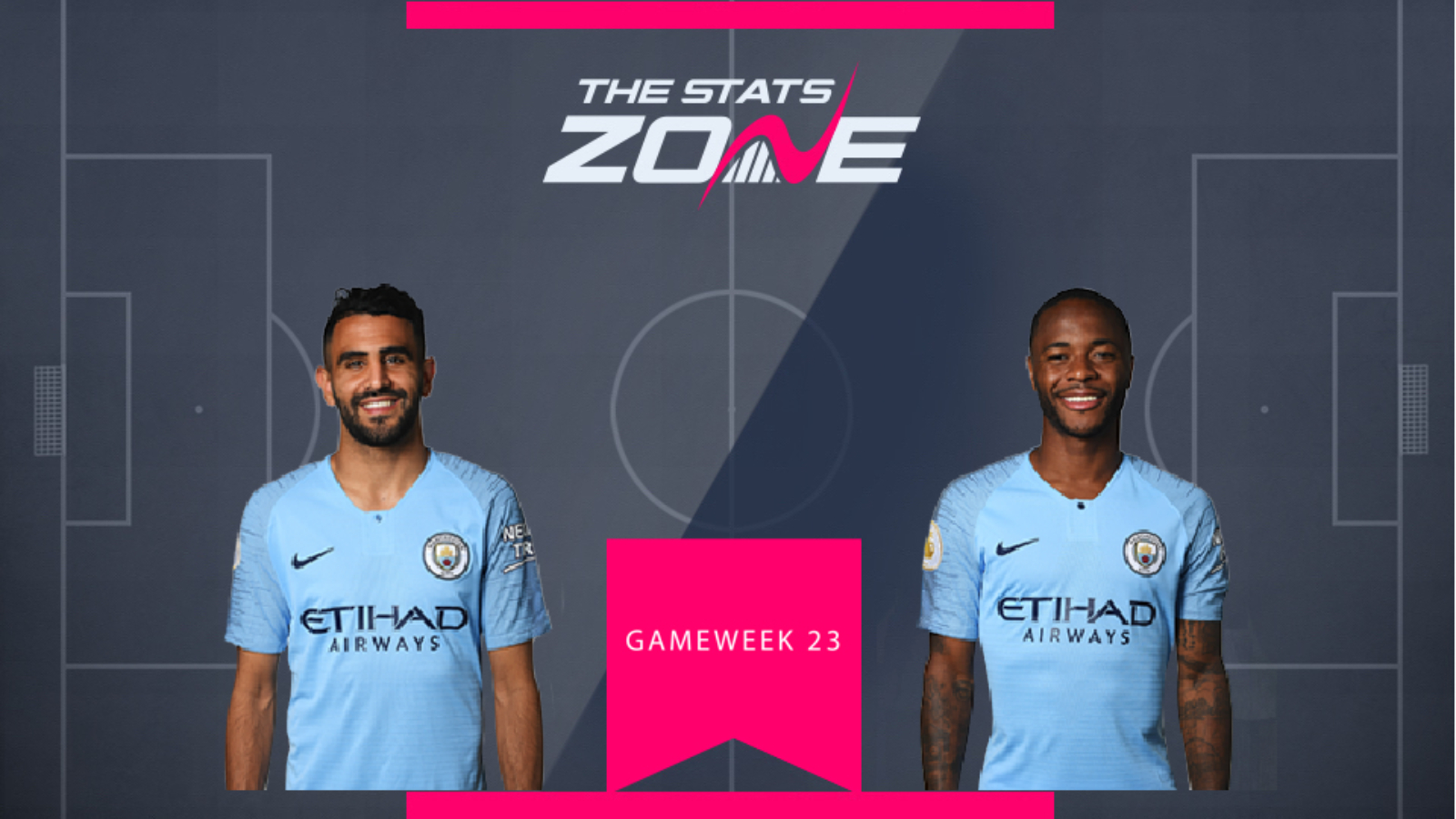 It was an explosive Gameweek 22 for Man City and Riyad Mahrez (£8.5m) in particular. The Algerian bagged two goals and an assist in a 1-6 battering of Aston Villa to return a juicy 17 FPL points for his owners. Unfortunately for teammate Raheem Sterling (£11.8m), he had to watch it all from the bench, with manager Pep Guardiola declining to bring him on at any point.

Man City host Crystal Palace in Gameweek 23 and the question will be whether Guardiola decides to retain Mahrez in the starting line-up, bring back Sterling or even start both of them. Mahrez has started City's last three league matches, scoring twice and providing three assists. He's the man in form and it's likely that he'll keep his place in the side. Should he do so, then it could be another fruitful gameweek for the ex-Leicester man. 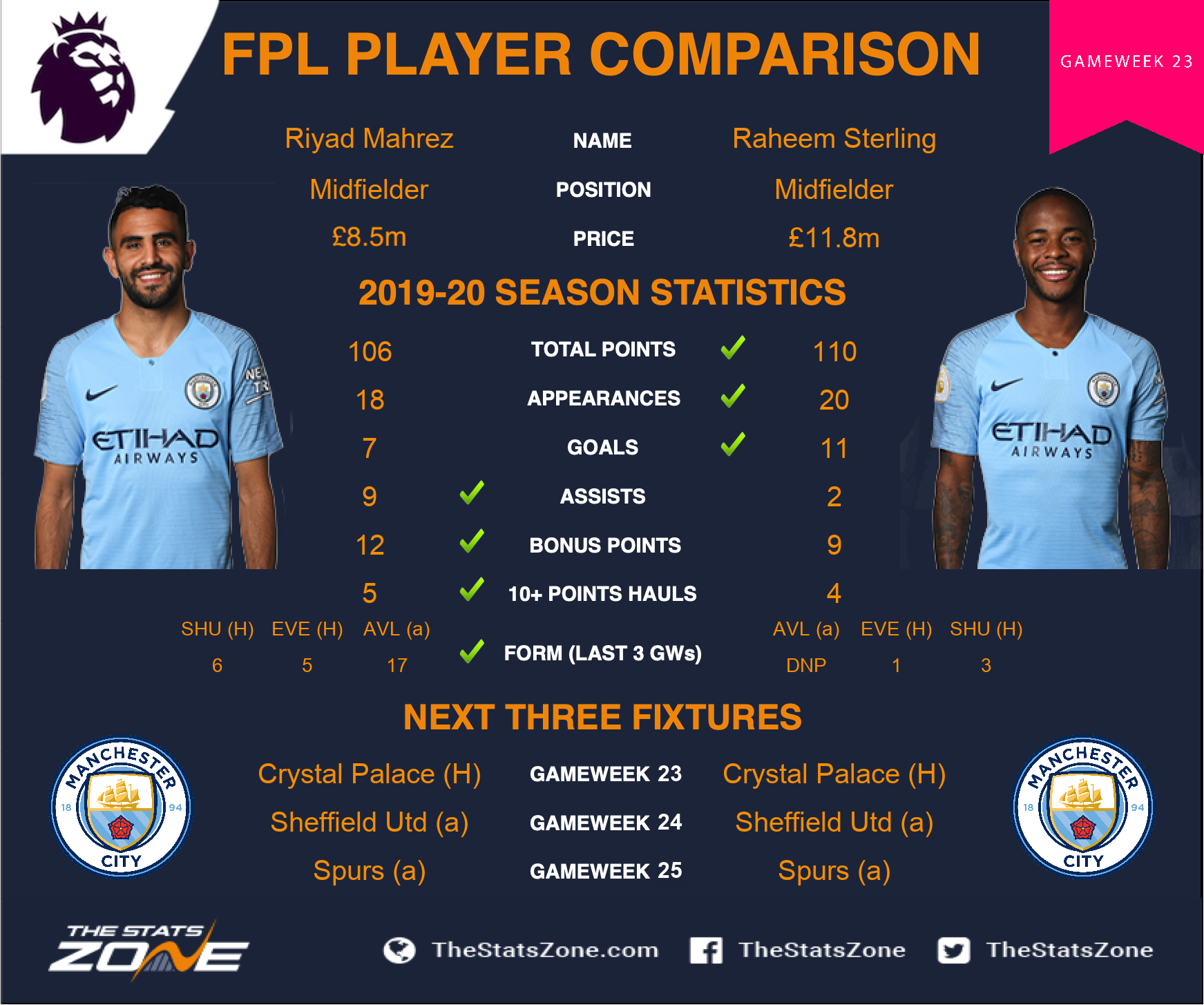