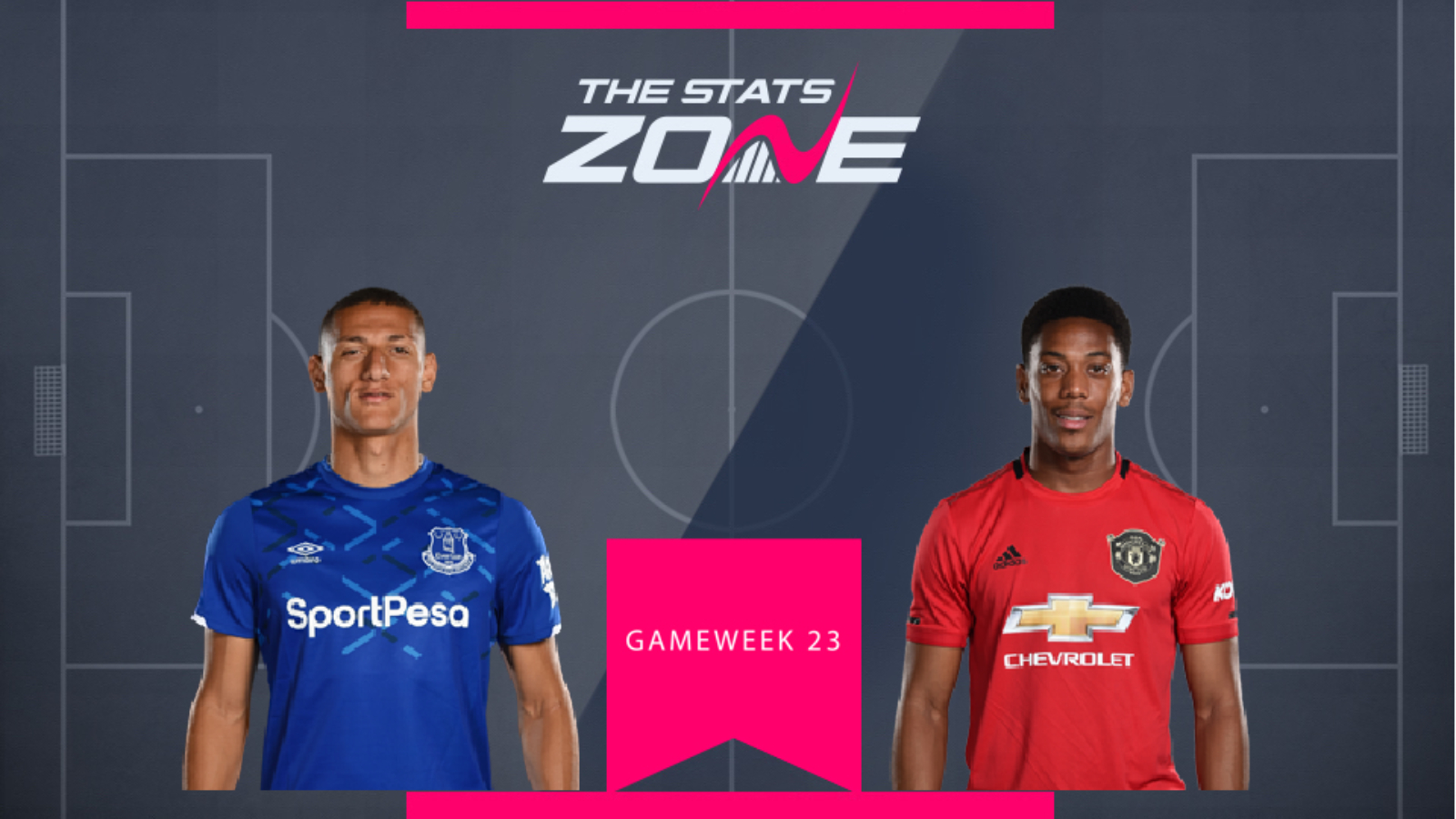 Richarlison (£8.1m) has had a productive spell recently and has now scored or assisted in his last three matches for Everton. After an assist against Newcastle, the Brazilian has scored in back-to-back games against Manchester City and Brighton and will be confident of contributing in front of goal again as his side travel to West Ham.

Anthony Martial (£7.9m) made it four goals from his last four games for Man Utd as he found the back of the net against Norwich in his side’s 4-0 triumph last weekend. He is relishing the striking role at present but faces a tough ask to back that up as Man Utd travel to Anfield to face Liverpool on Sunday. His side may struggle to create chances against the league leaders and with little to separate these two in-form players, it might be best to swerve the Frenchman on this occasion on the basis of the respective fixtures of the two teams. 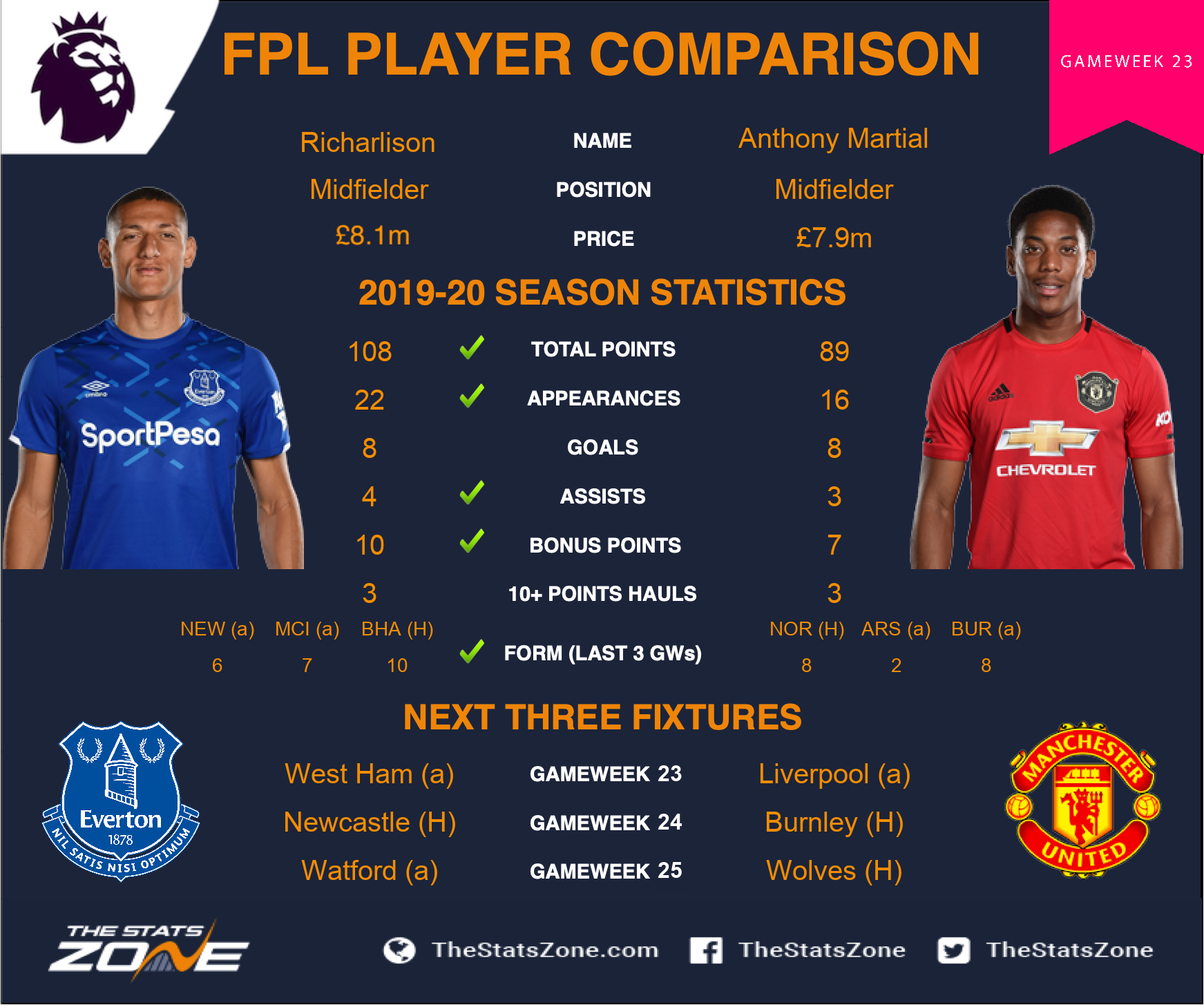