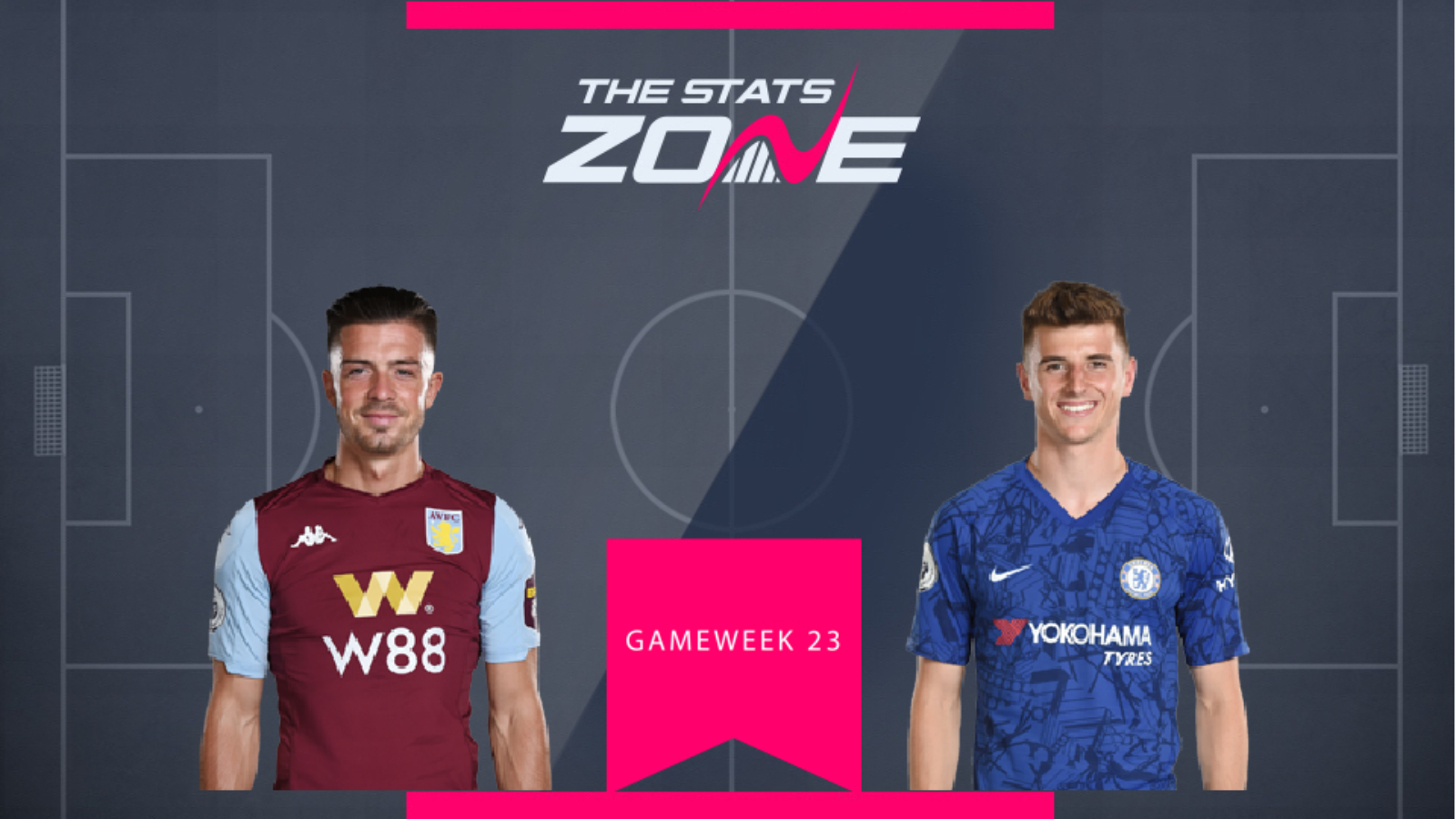 Jack Grealish (£6.5m) was not expected to produce much in Gameweek 22 as his Aston Villa side faced Manchester City and it was hardly surprising when he returned a solitary point after he collected a yellow card. He now has a run of more appealing fixtures starting with a trip to Brighton and, having scored and assisted against the same team in their Gameweek 9 fixture to return a 13-point haul, there will be optimism of a repeat performance.

After a fairly solid start to the season, Mason Mount (£6.2m) has fallen by the wayside in terms of FPL productivity. He has not scored since a Gameweek 15 effort against Aston Villa and has only provided one assist since Gameweek 11. That level of output is a real concern but can be linked to taking up a slightly deeper role within the Chelsea midfield. With several other Chelsea players showing greater offensive appeal, Mount can be overlooked until such time he manages to achieve more in front of goal for his side and that is why Grealish is the pick between the two. 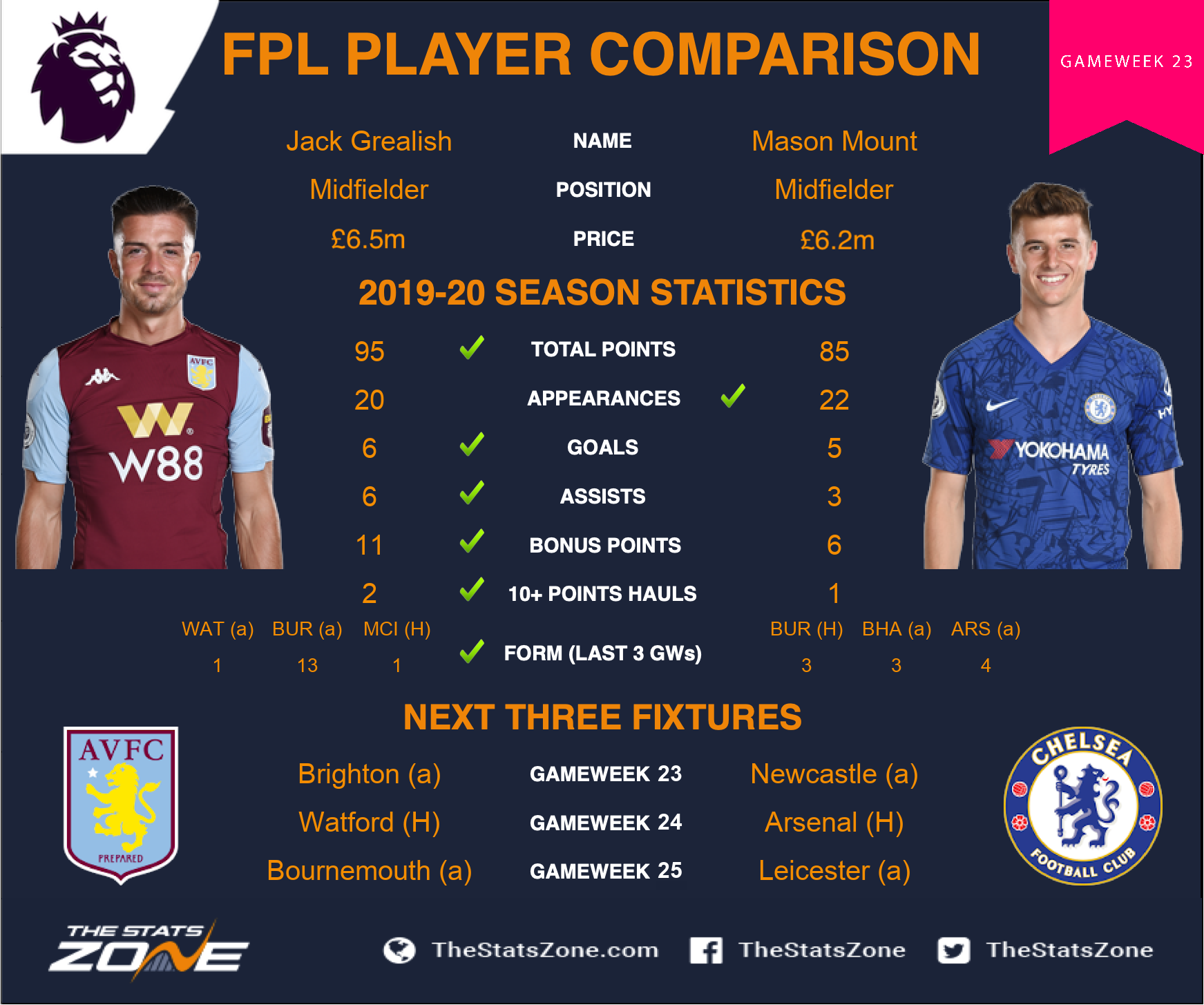