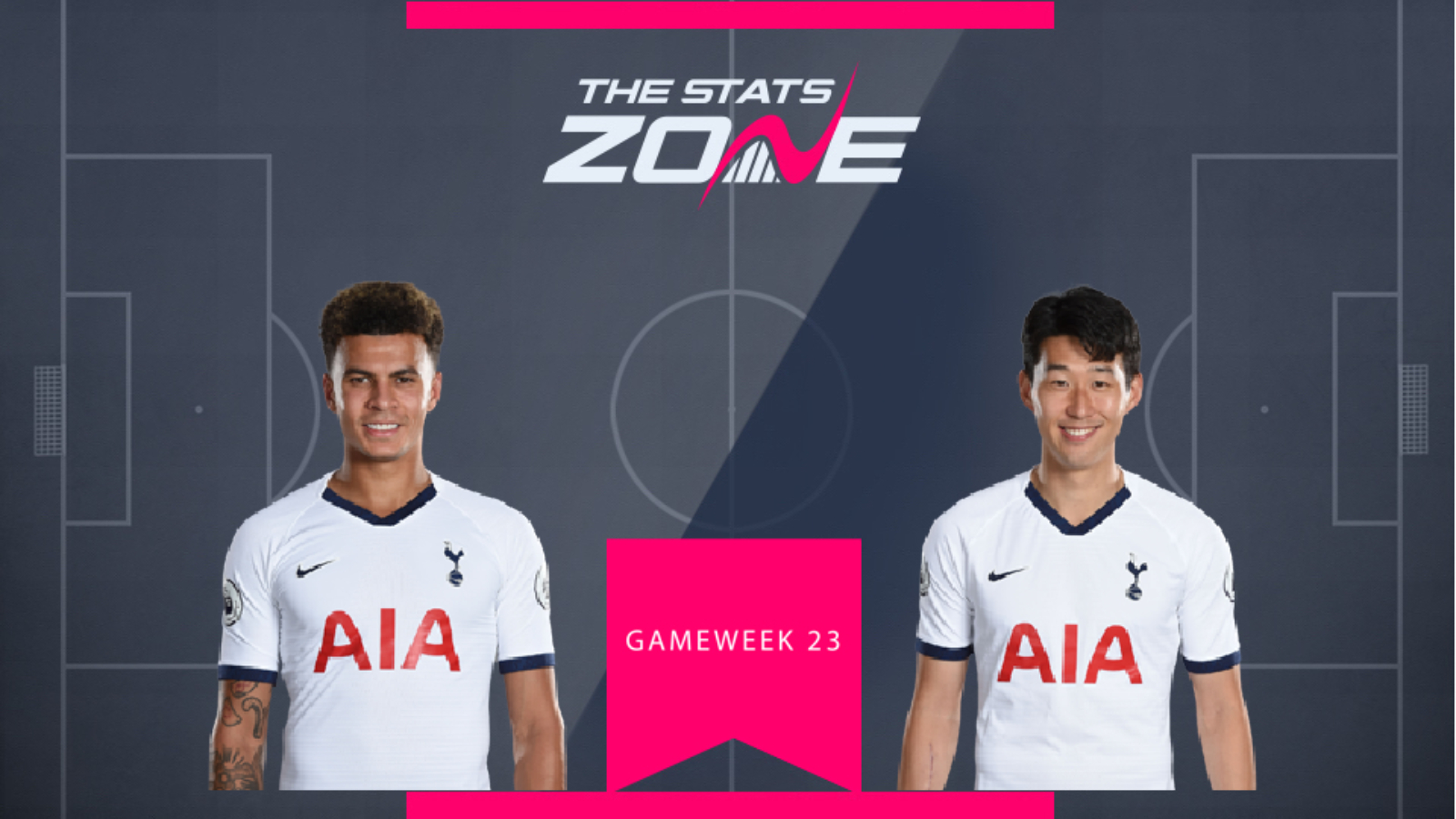 Spurs gave Liverpool a fright last week and should have taken a point from the game but wasted several chances late in the game. They have now failed to win any of their last three matches in the Premier League and face another tough task as they travel to in-form Watford. If Spurs are to get back to winning ways, Dele Alli (£8.6m) and Heung-Min Son (£9.8m) are likely to have a big role to play.

Alli started life under boss Jose Mourinho by showing the form he demonstrated in the 2017-18 season as he produced three goals and three assists in Mourinho’s first four matches in charge. He has failed to fire since then however and has managed just one goal in the following six games. Son returned from a three-match ban against Liverpool last week and despite not contributing in front of goal since Gameweek 16, he can outperform his teammate in Gameweek 23. 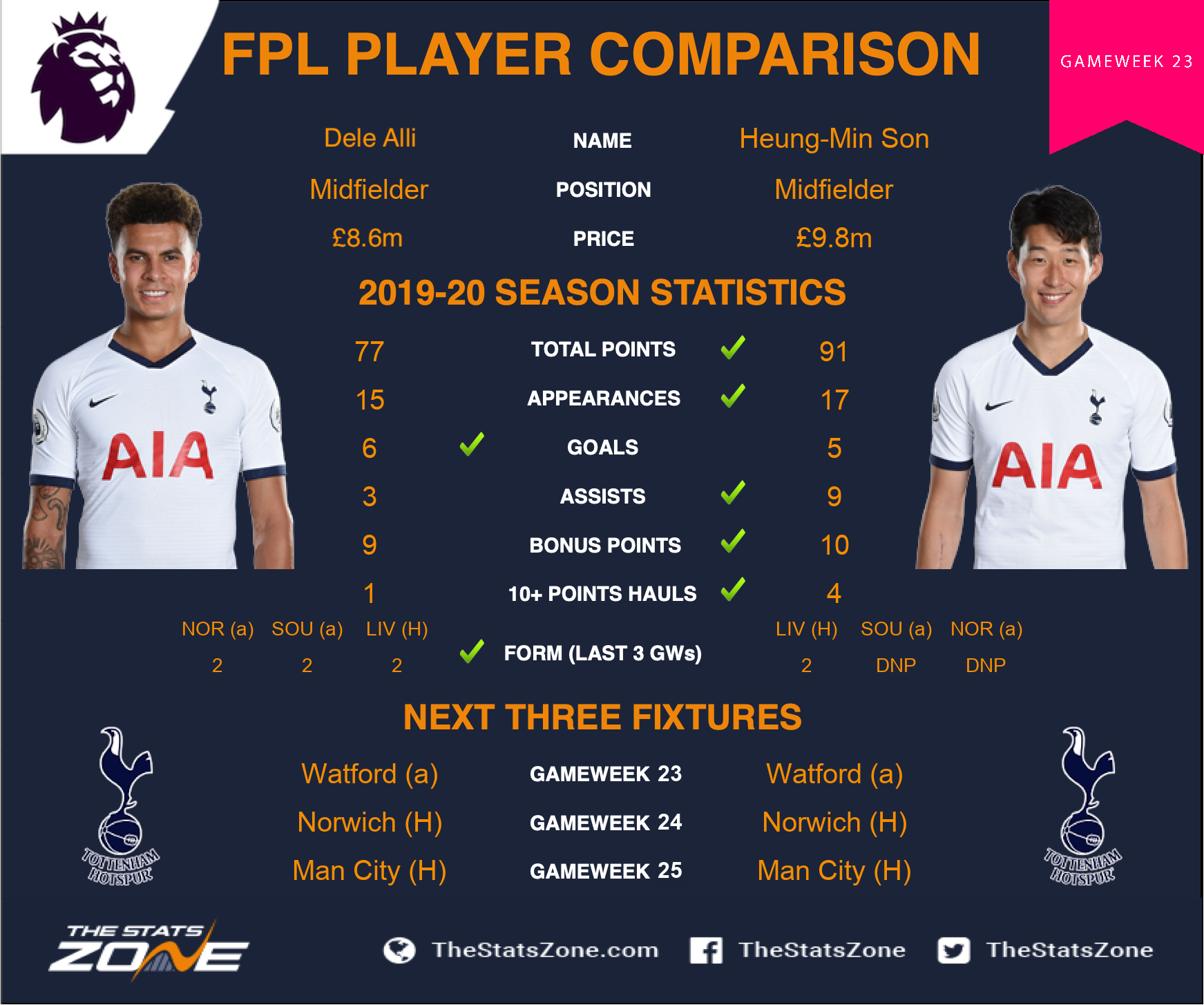