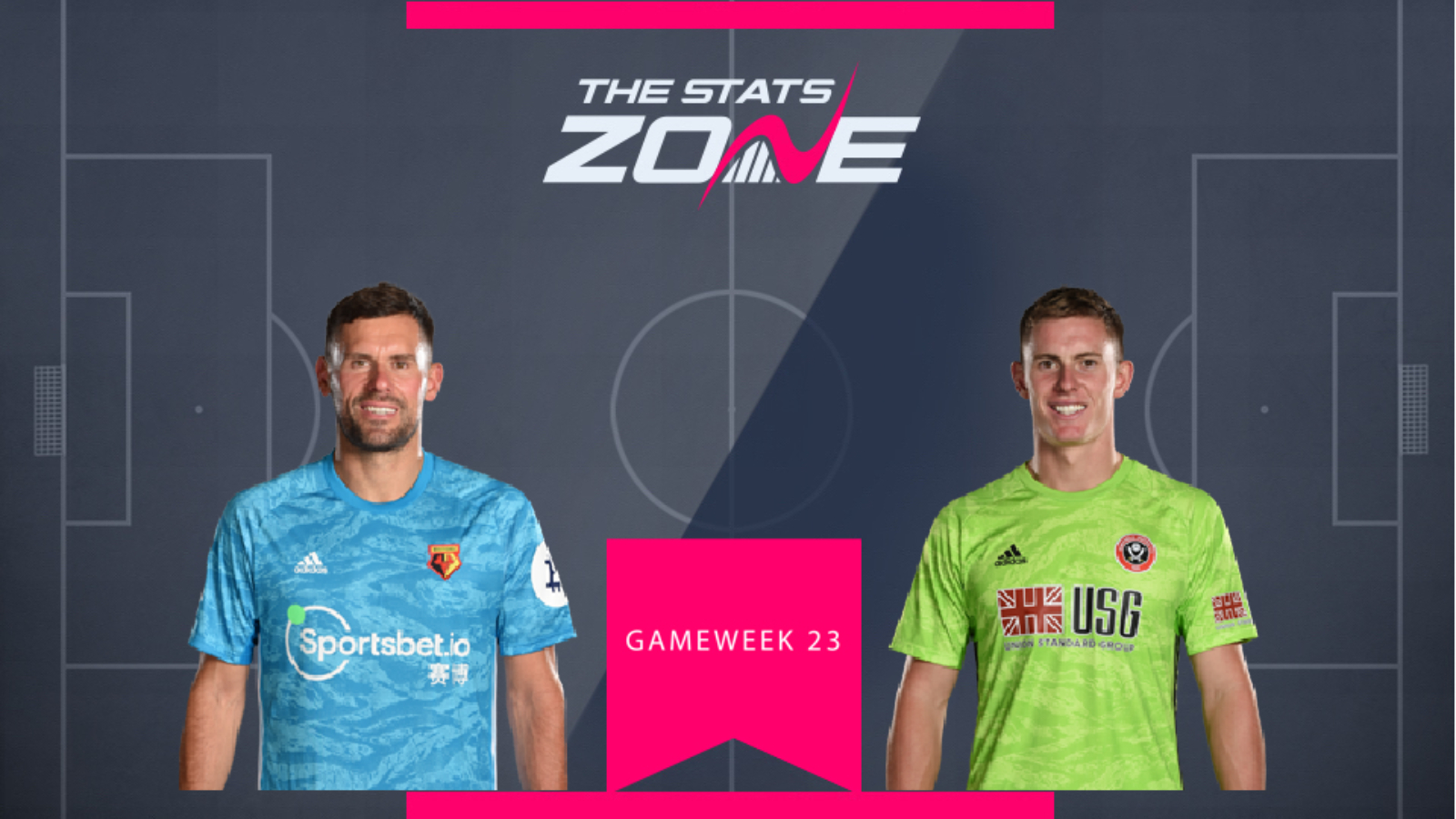 This head-to-head sees us compare two keepers brought up though the Man Utd youth team to establish themselves today as two Premier League regulars. Ben Foster (£4.9m) has established himself as one of the form keepers in the Premier League and kept his third clean sheet in his last five games against Bournemouth in Gameweek 22. Dean Henderson (£4.9m) also kept a clean sheet, albeit with assistance from VAR as Sheffield Utd edged past West Ham 1-0 after the Hammers saw a stoppage time goal disallowed for handball in the build up.

Whilst Foster now has seven league clean sheets this season, Henderson has eight, although both have accrued 87 FPL points over the course of the campaign. With Watford having home advantage in Gameweek 23, hosting Spurs whilst Sheffield Utd travel to Arsenal, we'd edge towards Foster being the man to plump for here, although both keepers could end up providing adequate returns for their FPL owners in their respective fixtures. 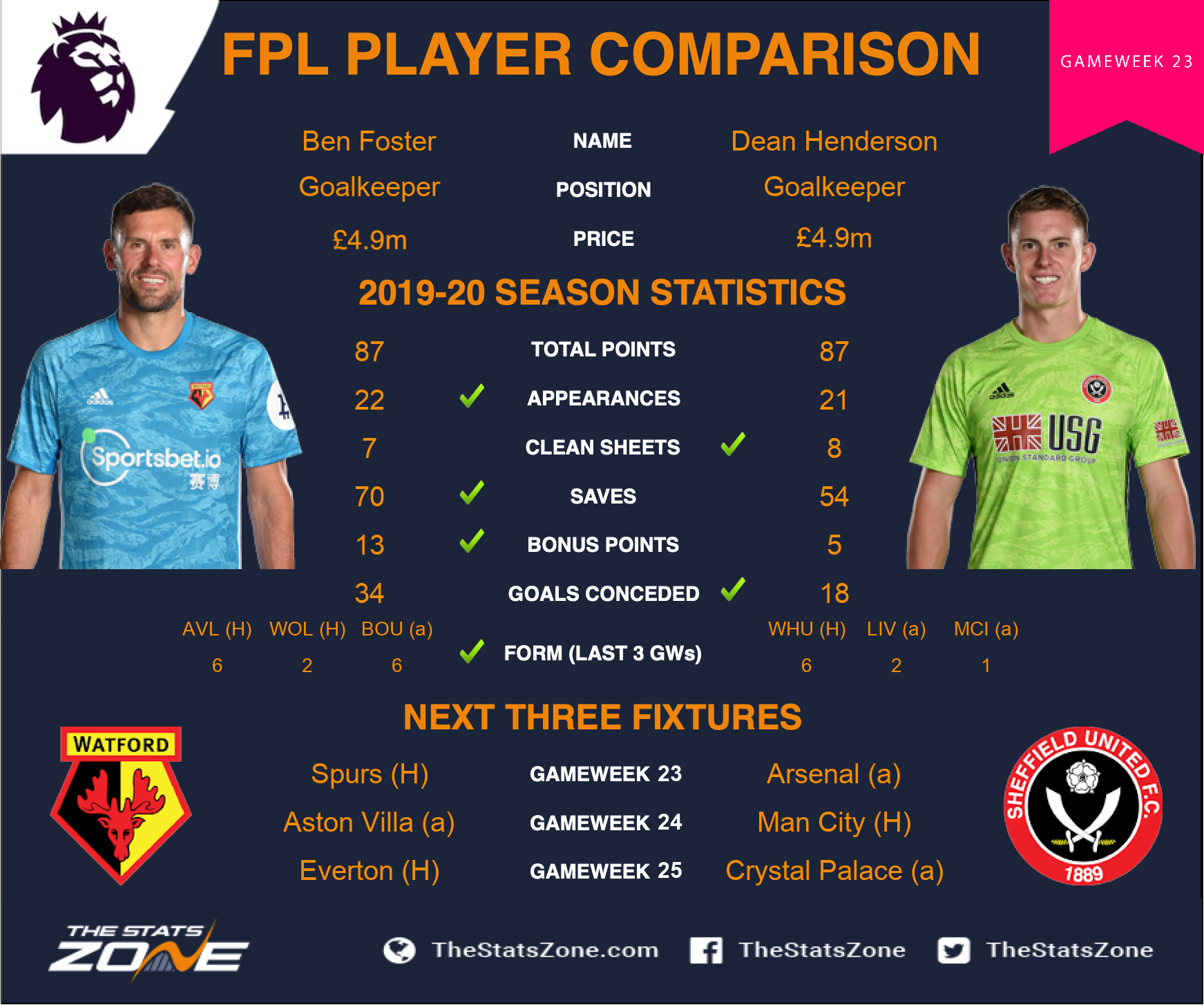