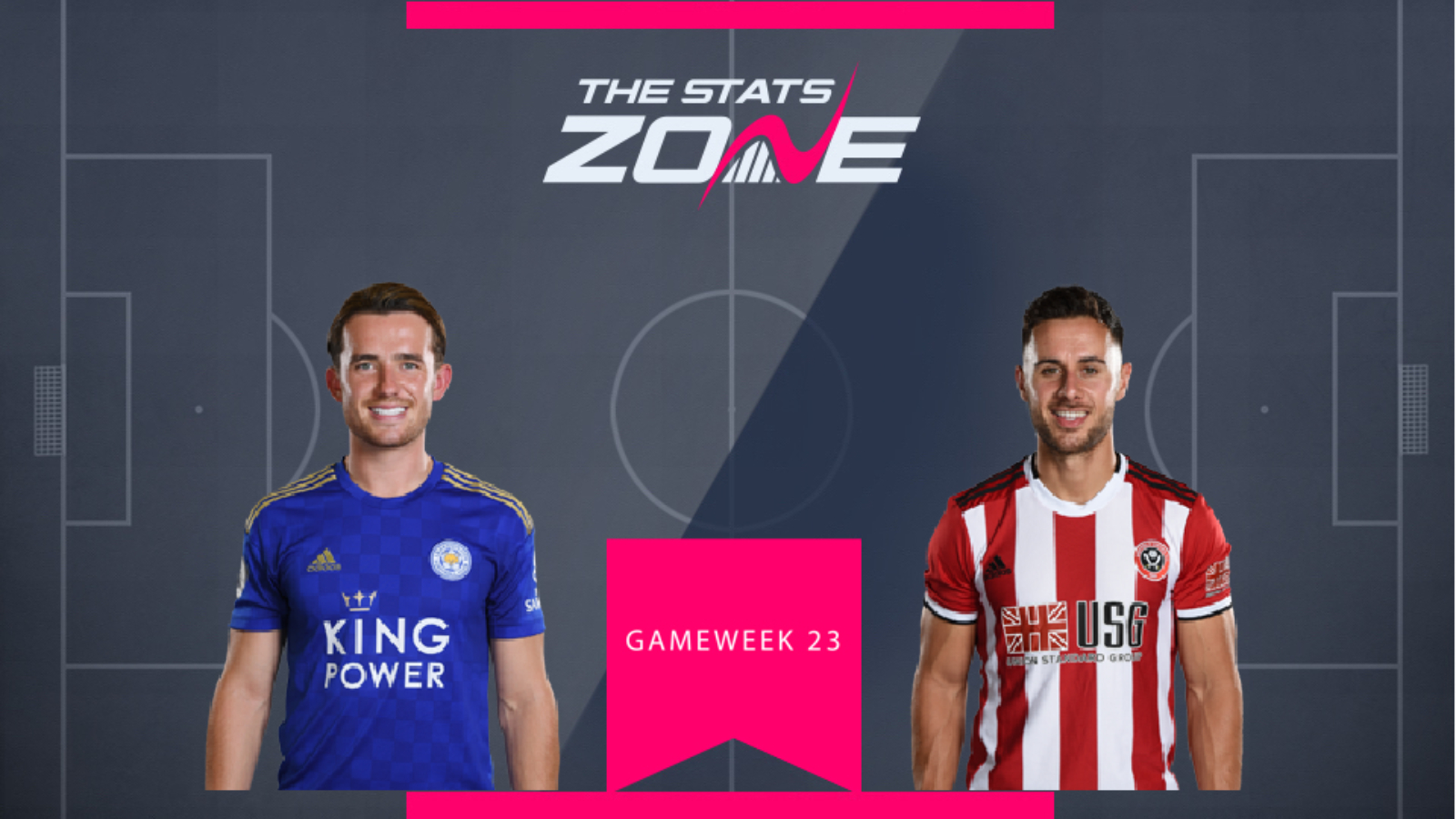 A frustrating afternoon for full-back Ben Chilwell (£5.7m) and Leicester saw them lose 1-2 to Southampton in Gameweek 22. The Foxes have now failed to keep a clean in their last three league matches at the King Power Stadium, although Chilwell was part of the Leicester side that kept a clean sheet away to Newcastle in their 0-3 win over the Magpies in Gameweek 21. George Baldock (£5.1m), meanwhile, was part of a Sheffield Utd defence who successfully shut out West Ham in Gameweek 22.

Leicester travel to an out-of-form Burnley in Gameweek 23, whilst Sheffield Utd are away to Arsenal. Burnley have lost their last four games and despite being £0.6m more expensive than Baldock, we feel the chances of Chilwell keeping a clean sheet compared to Baldock makes the extra spend worthwhile. 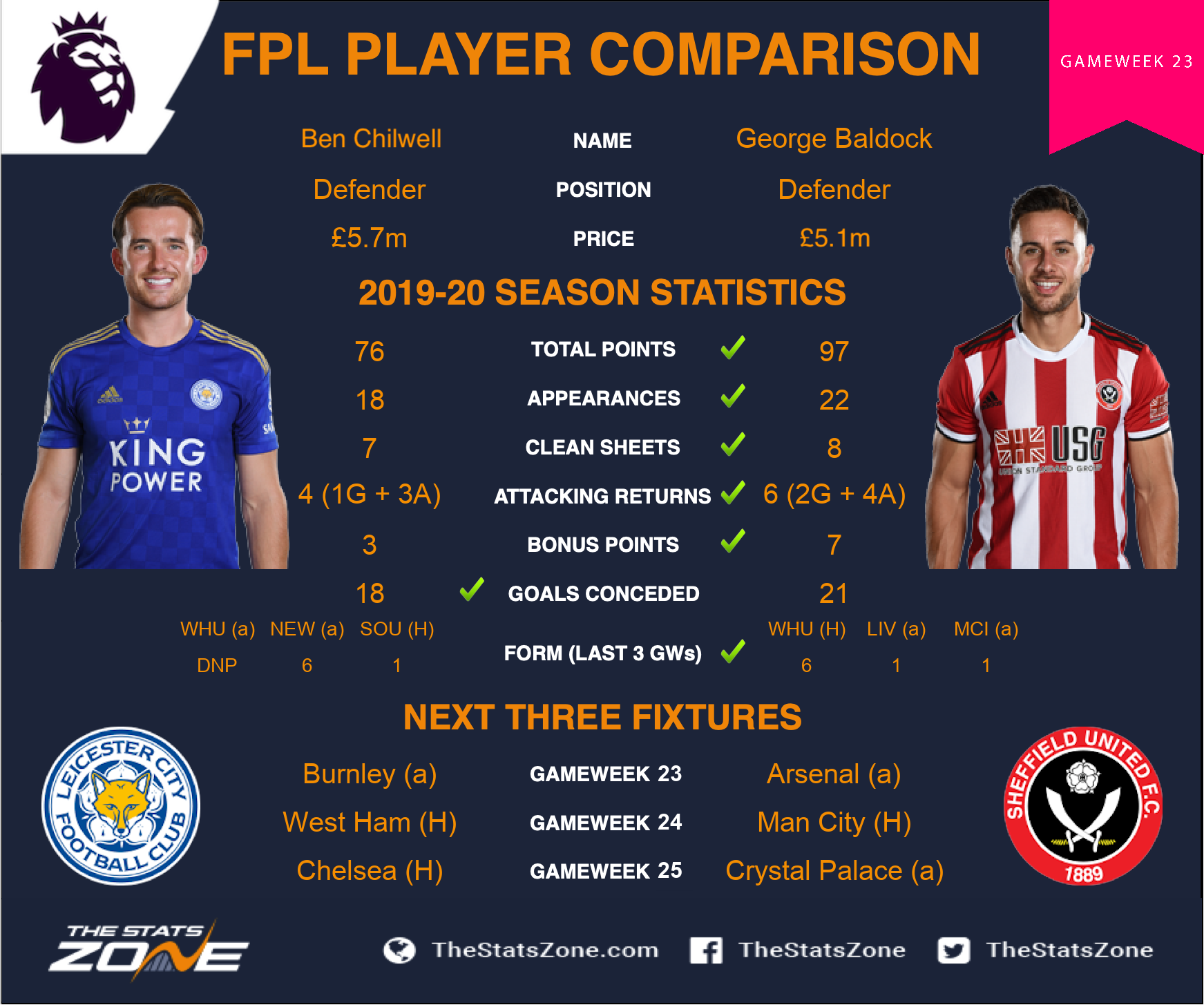