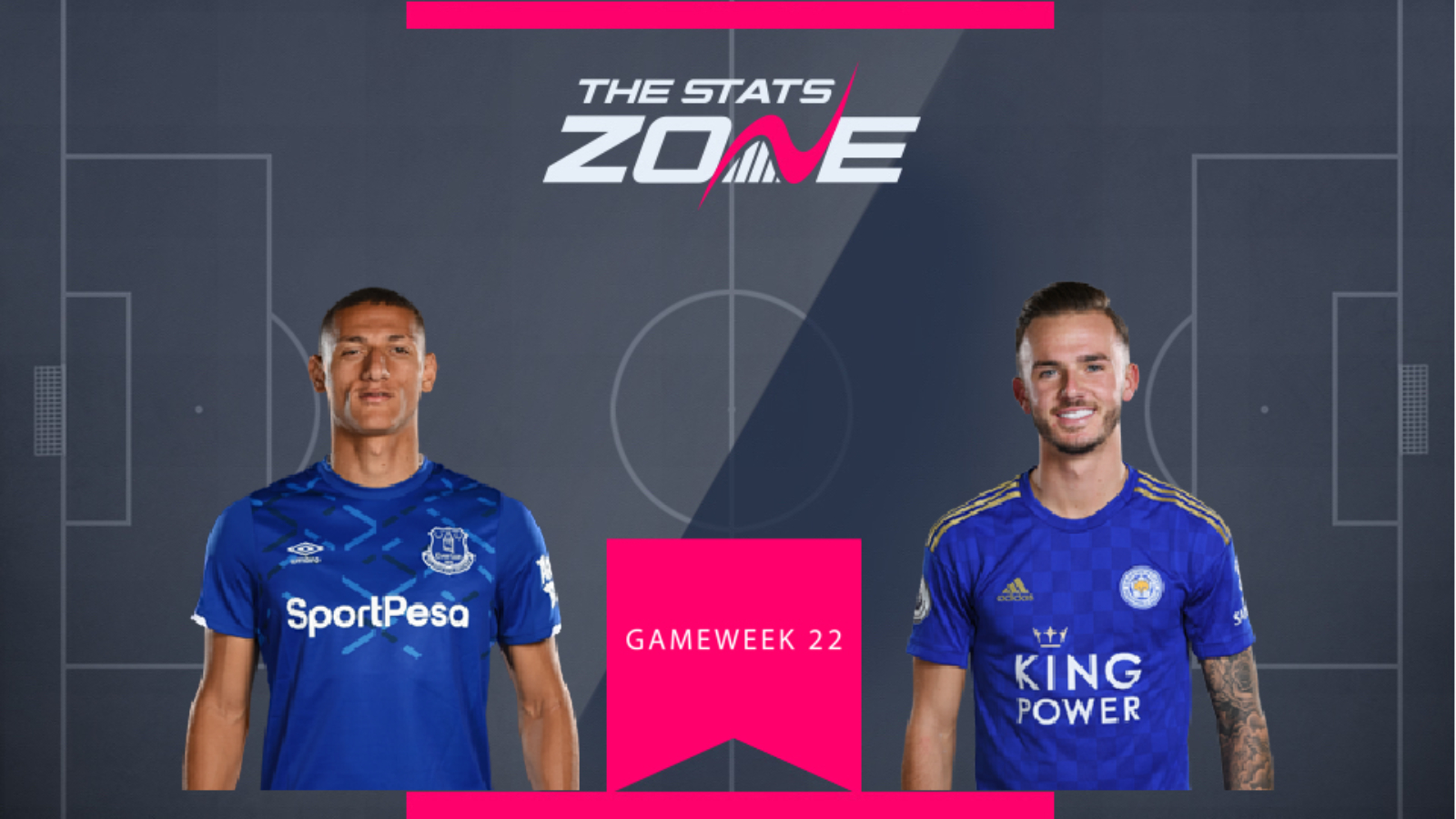 Both Richarlison (£8.0m) and James Maddison (£7.7m) found the net in Gameweek 21, albeit with two differing results. Richarlison's goal for Everton turned out to be merely a consolation in a 2-1 defeat against Man City, whilst Maddison's goal was part of a 0-3 win for Leicester against Newcastle.

Both midfielders are at home in Gameweek 22 with Richarlison facing Brighton and Maddison up against Southampton. Both players have scored three goals at home this season and with friendly fixtures on paper, either look an enticing option. However, priced at £0.3m cheaper, taking set-pieces and playing for a far better team, we'd point towards Maddison as the better pick.