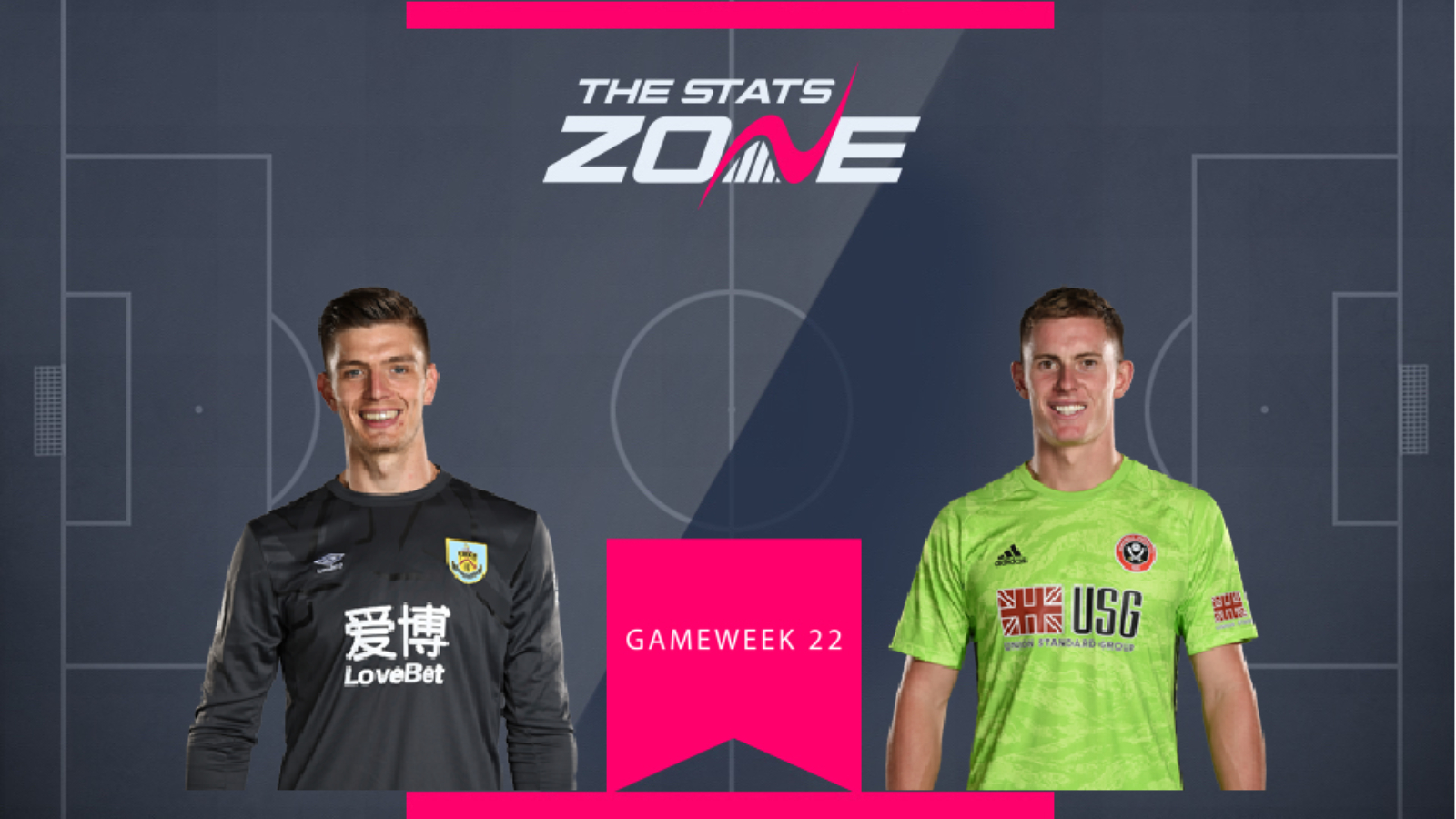 Gameweek 21 saw, for the first time this season, Burnley keeper Nick Pope (£4.7) conceding goals at Turf Moor to a side in the bottom half of the Premier League. Aston Villa surprised the Clarets with a 1-2 victory courtesy of a star performance from Jack Grealish, who bagged both a goal and an assist. Pope is now yet to keep a clean sheet since Gameweek 18.

Whilst conceding two goals in Sheffield Utd's defeat away at Liverpool, Dean Henderson (£4.9m) put in a fantastic showing between the sticks regardless. Superb saves from the likes of Salah and Mane kept the scoreline respectable and his FPL points return of just 2 didn't paint a true picture of the Blades keeper's performance.

Gameweek 22 sees Pope's Burnley travel to a Chelsea side looking to bounce back following a 1-1 draw away at Brighton, while Henderson's Sheffield Utd are at home to a West Ham team rejuvenated under new manager David Moyes. Burnley have conceded seven goals from their two away games in London so far this season and were beaten 2-4 in the reverse fixture at Turf Moor. Sheffield Utd will be highly motivated against West Ham due to the history between the two sides and Henderson looks a good bet for his eighth clean sheet of this Premier League season in front of a fiery home crowd. 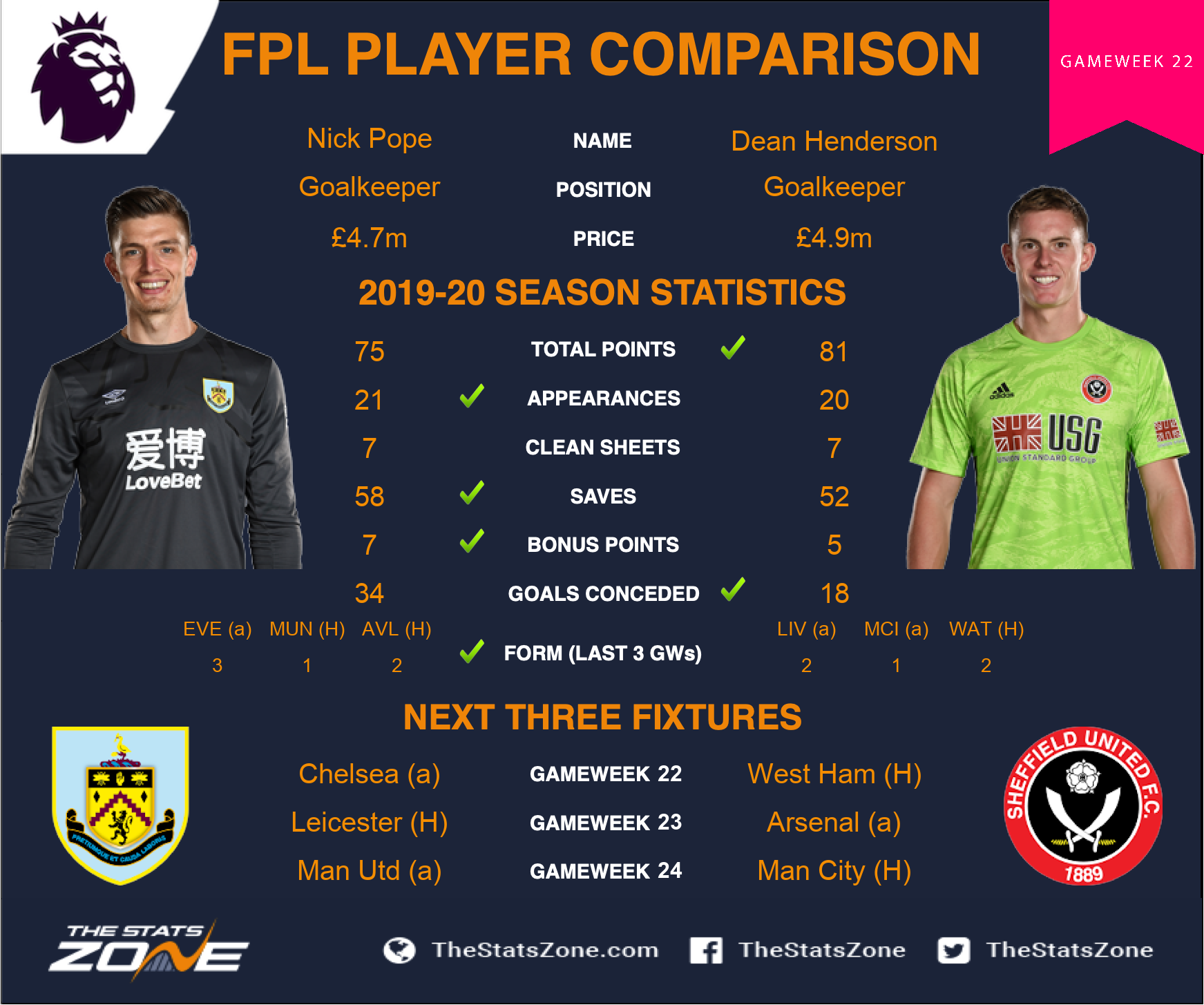