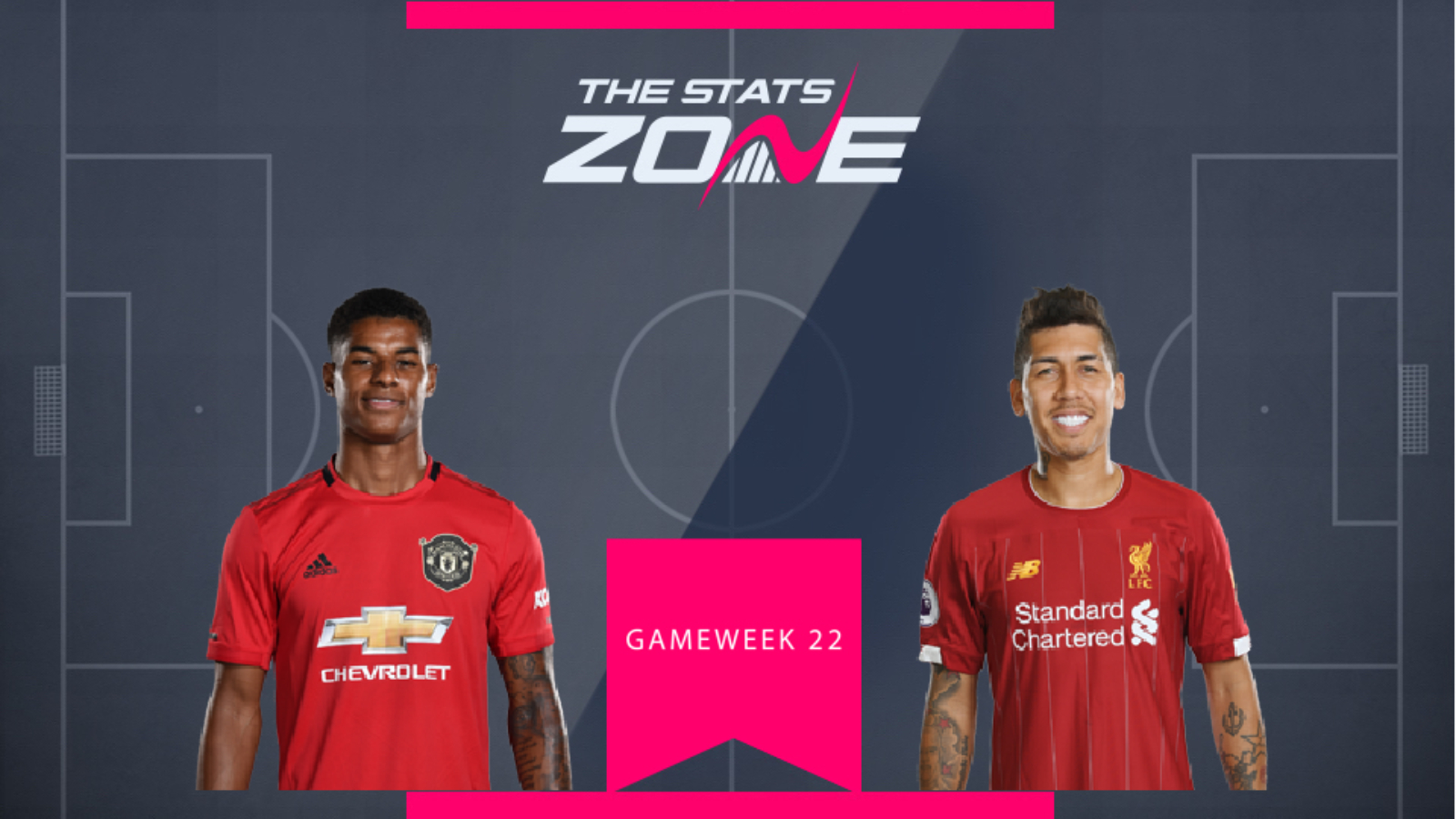 Marcus Rashford (£9.1m) has not let his move to the wing disrupt his output after scoring twice in his last three games. He has spent some time through the middle during those games and is still getting into very advanced positions regardless but his goal in the League Cup in midweek perhaps highlighted where he is most dangerous.

Roberto Firmino (£9.3m) remains a key component in Liverpool’s attack but that has not translated into FPL points of late. He has only scored two goals since Gameweek 14 with both of those coming against Leicester in Gameweek 19, whilst he has provided just one assist since Gameweek 6.

Despite the change of position for Rashford, he still looks the most likely to score points and with the added bonus of taking free-kicks and penalties, a home game against Norwich makes him very appealing in comparison. 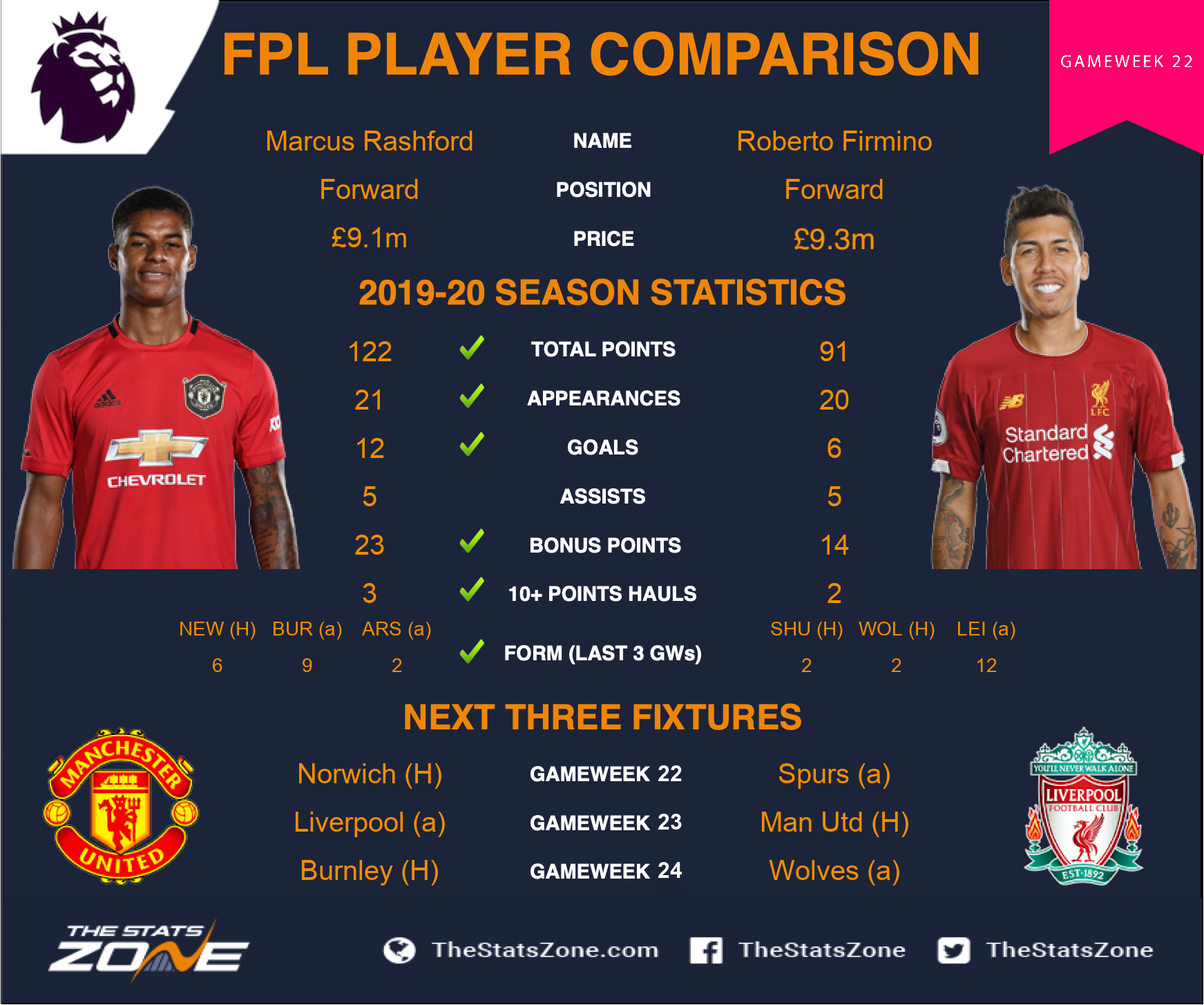