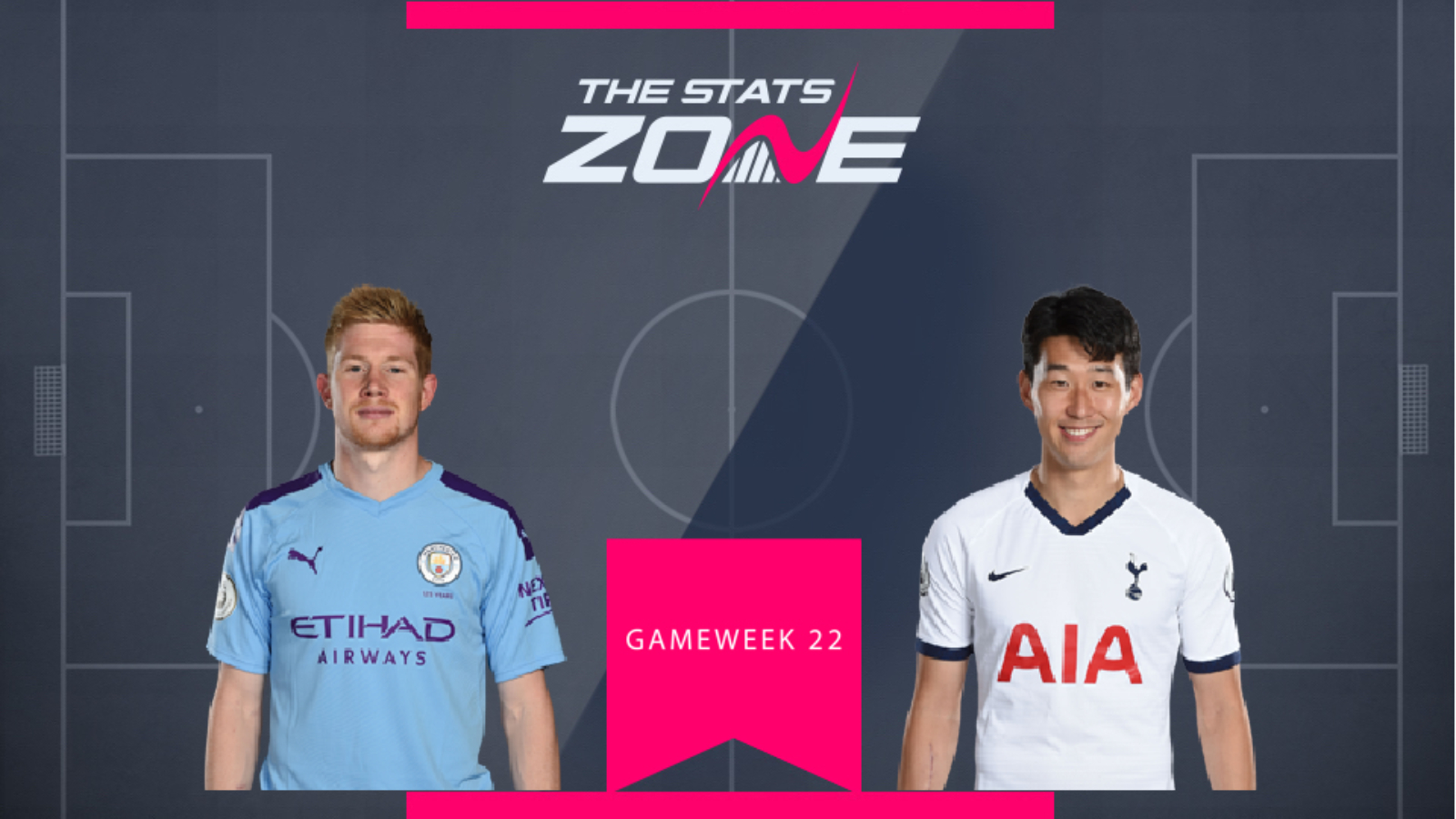 Despite going down with what could have been a potentially nasty head injury in Man City's Carabao Cup semi-final first leg in midweek, Pep Guardiola has confirmed that Kevin De Bruyne (£10.6m) is "fine" despite being substituted immediately following the collision. The midfielder has been in superb form recently and should be fit to continue in the City starting line-up away to Aston Villa in Gameweek 22.

Playing as a central forward is a role familiar to Spurs midfielder Heung-Min Son (£9.8m). Although not his favoured position, an injury to Harry Kane has once again put the onus on the South Korean international, to come up with the goals up front in his absence.

Son will make his return to the Spurs side following suspension in Gameweek 22, where the North London club will host table-toppers Liverpool. Despite playing in such an advanced role, he'll be facing a defence who have kept five league clean sheets in a row and may struggle to break them down. De Bruyne in comparison comes up against a Villa side missing their first choice goalkeeper after Tom Heaton was ruled out for the season following an injury sustained in their last league match. The Belgian is in scintillating form and will be expected to continue his hot streak with further attacking returns this weekend. 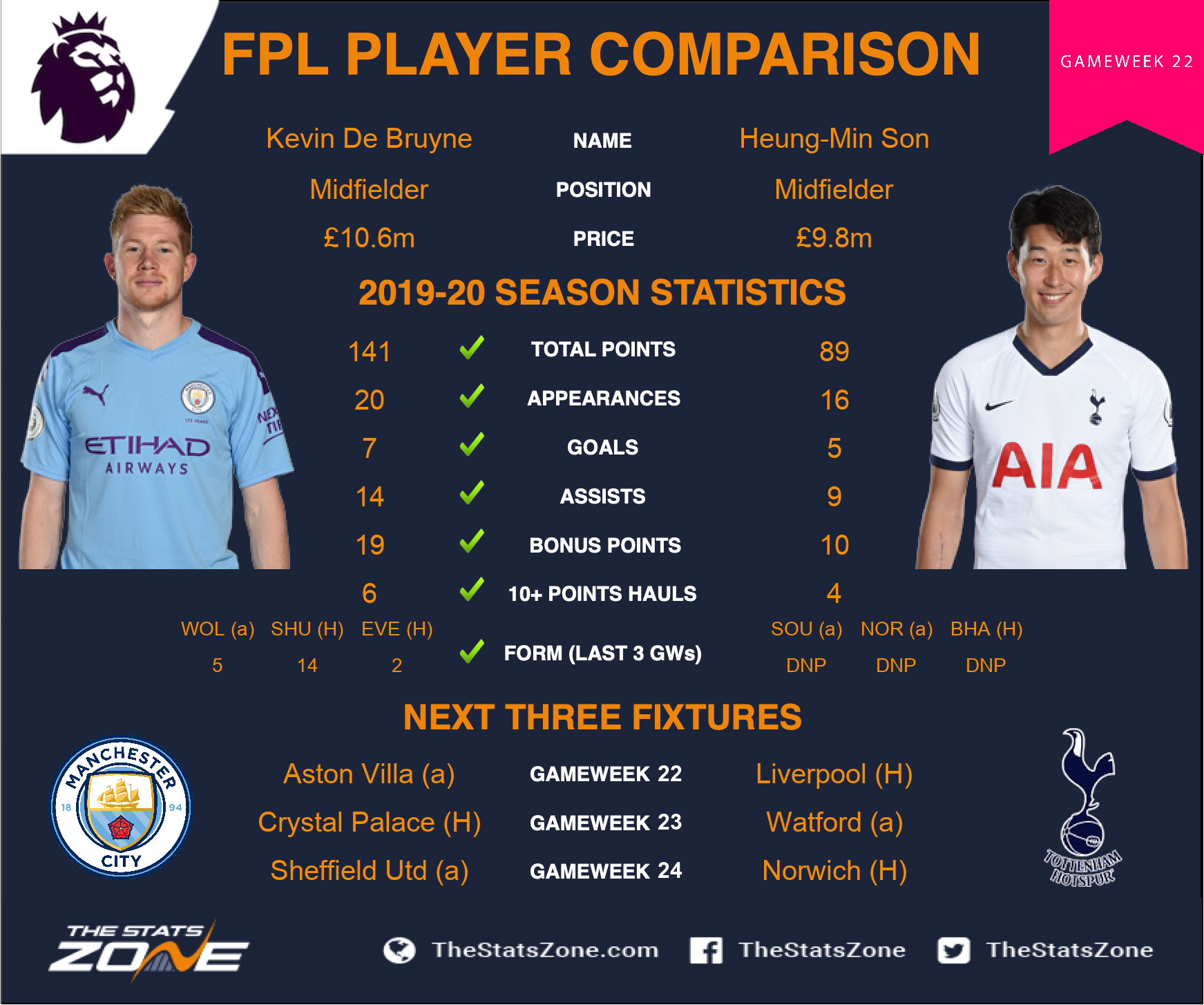