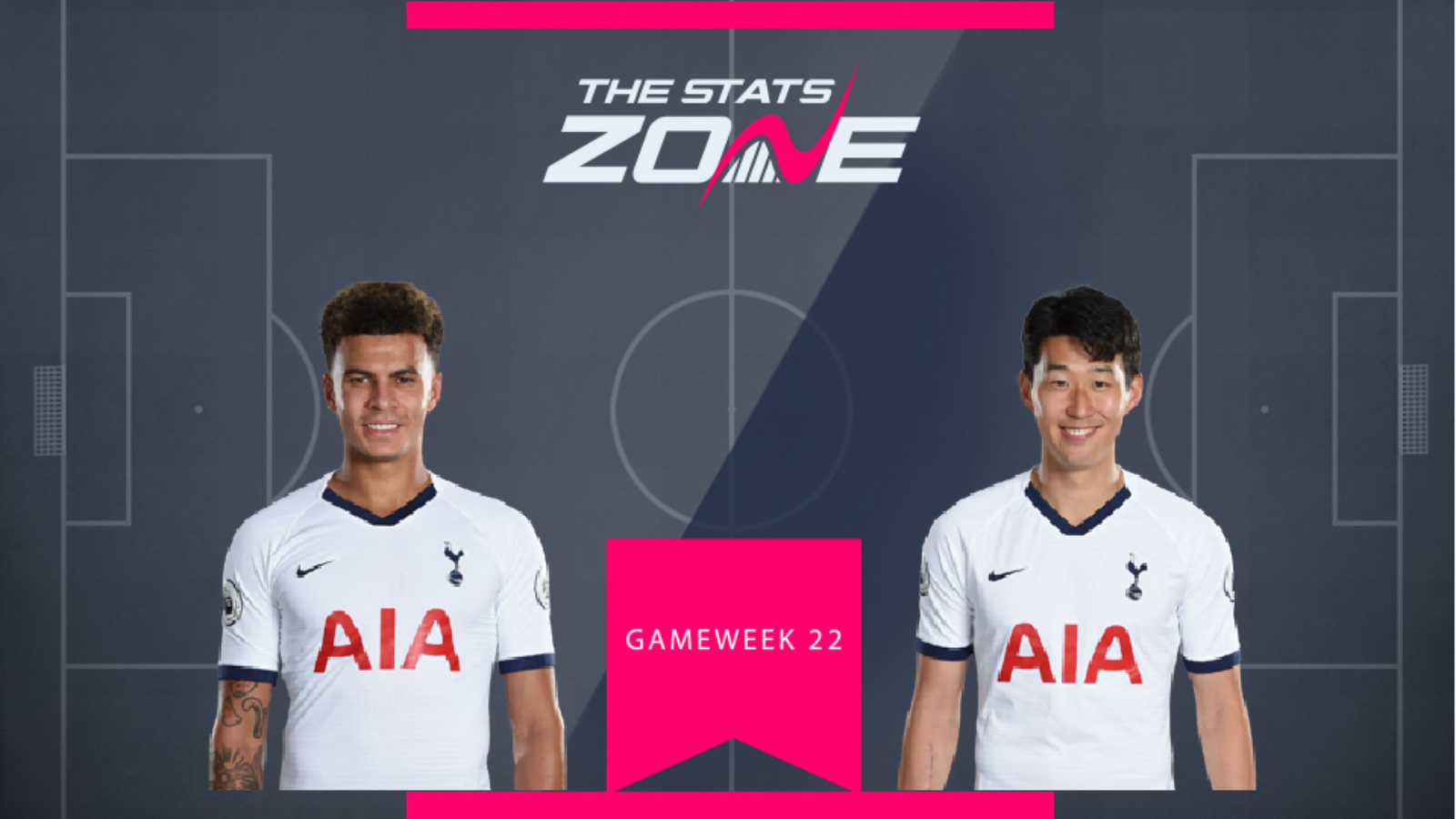 Playing as a number ten just behind the central striker, midfielder Dele Alli (£8.8m) has looked a far more enticing FPL asset under current Spurs manager Jose Mourinho. However, the England international appears to have hit a small rough patches that has coincided with poor recent results for Spurs. The North Londons have failed to win their last two matches, with Alli not registering an attacking return in either of them. They were also without Heung-Min Son (£9.8m) for those games. The South Korean was serving out his three-game suspension following his straight red card against Chelsea in Gameweek 18.

Premier League leaders Liverpool make the trip to North London in Gameweek 22 and with them comes a mean defence who haven't been breached in their last five Premier League matches. Both Alli and Son will find it difficult against the Reds and neither represent a strong FPL option in this particular gameweek. If push comes to shove, we'd be inclined to pick Alli over Son due to him being priced £1.0m cheaper. 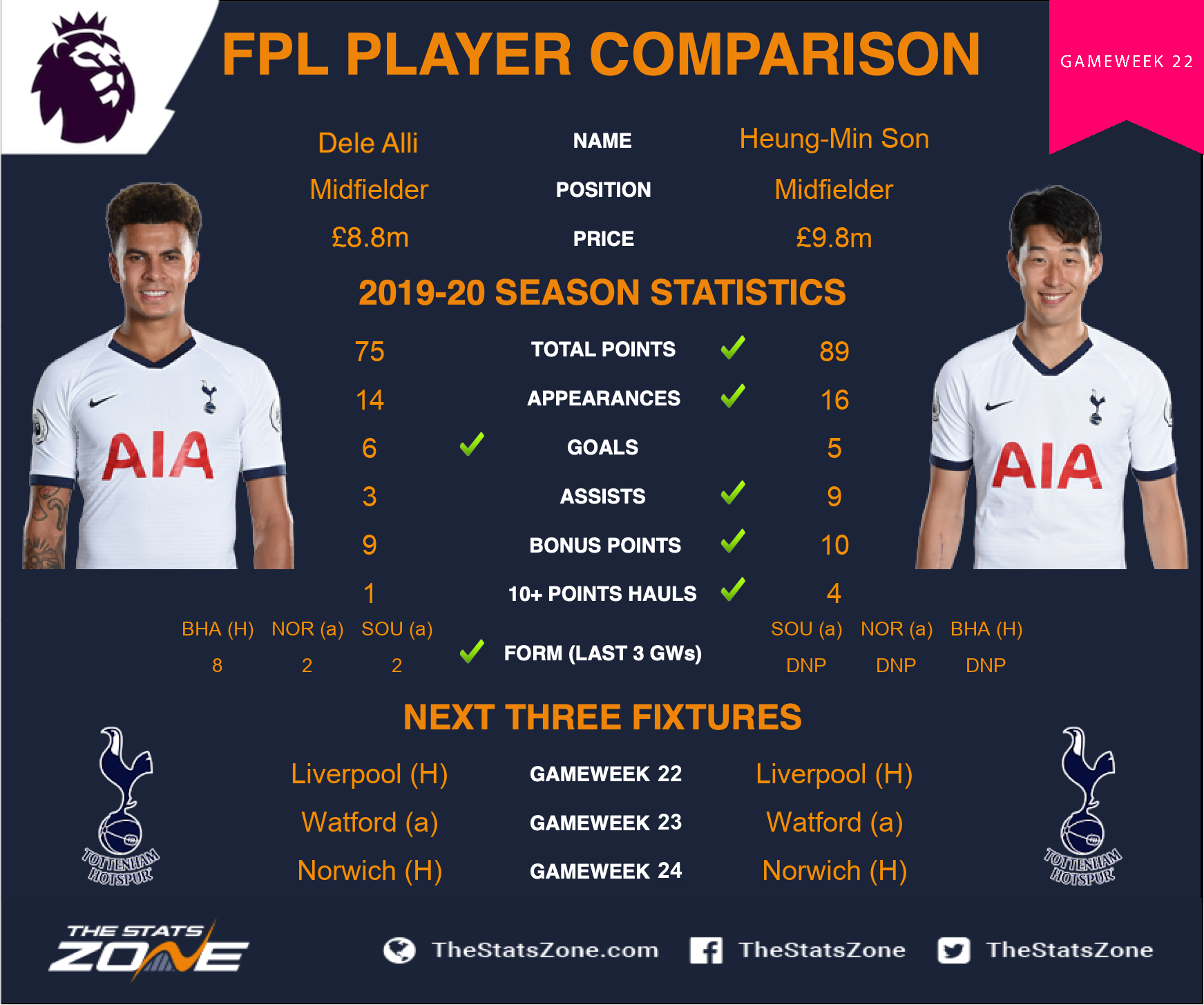